'I don't want to play a negative role for some time', reveals Saif Ali Khan who plays a goofy, small town guy in 'Bunty Aur Babli 2'

The 'Omkara' star who will be seen with Rani Mukerji in the much-awaited sequel of the 2005 hit film, 'Bunty Aur Babli', talks about the changing face of Bollywood, and his wish of playing a top cop on the silver screen, and more...
S Ramachandran 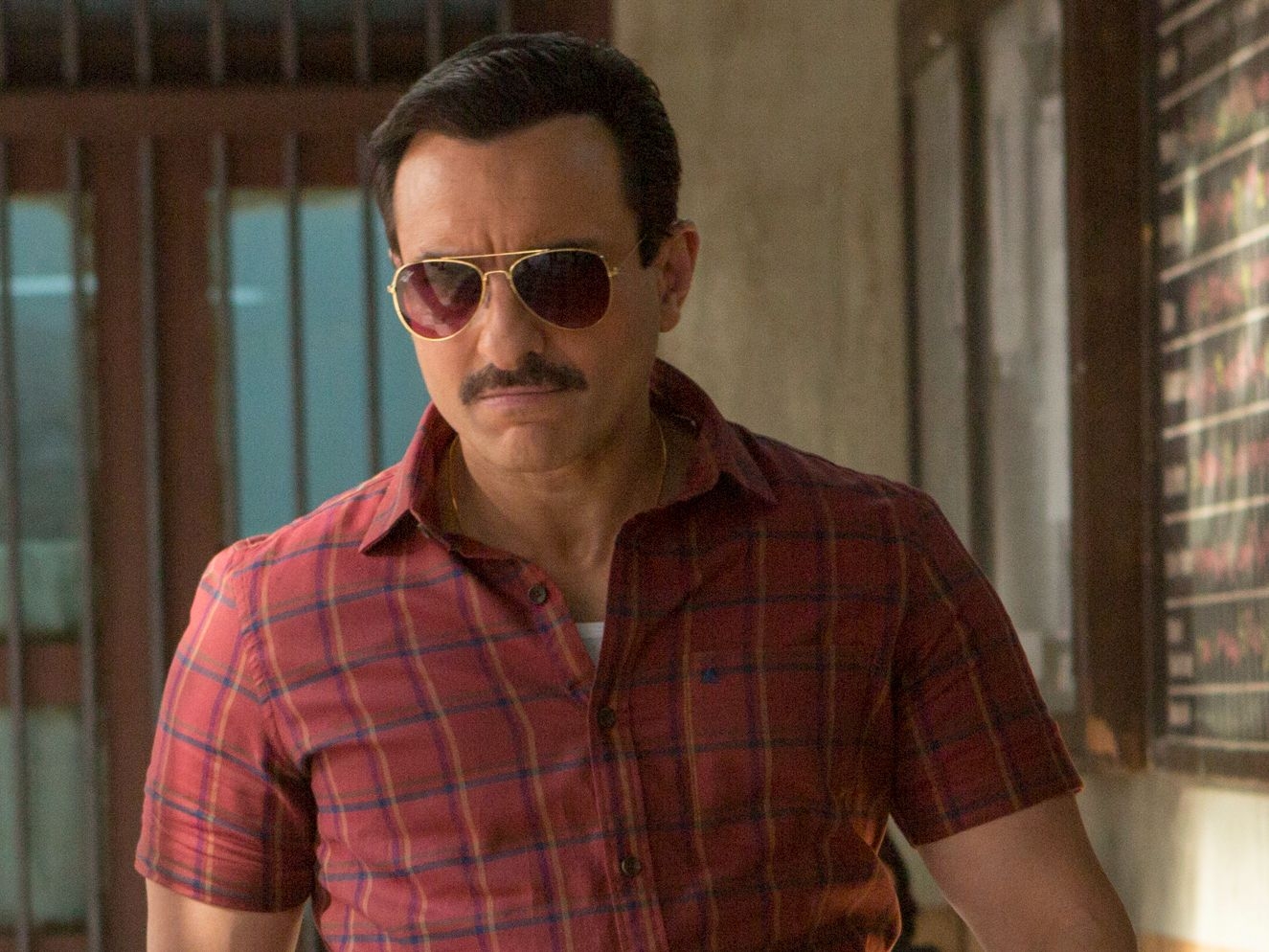 Saif Ali Khan is having a charming phase in his career – the actor who made everyone laugh with self-deprecating humour early in his career, winning the National Award for Hum Tum – and moving on to different roles like the more powerful ones like in Being Cyrus and Omkara, is now doing a great mix of all types of films. And like the characters that he pulls off with a lot of glee on screen, he is having fun himself. 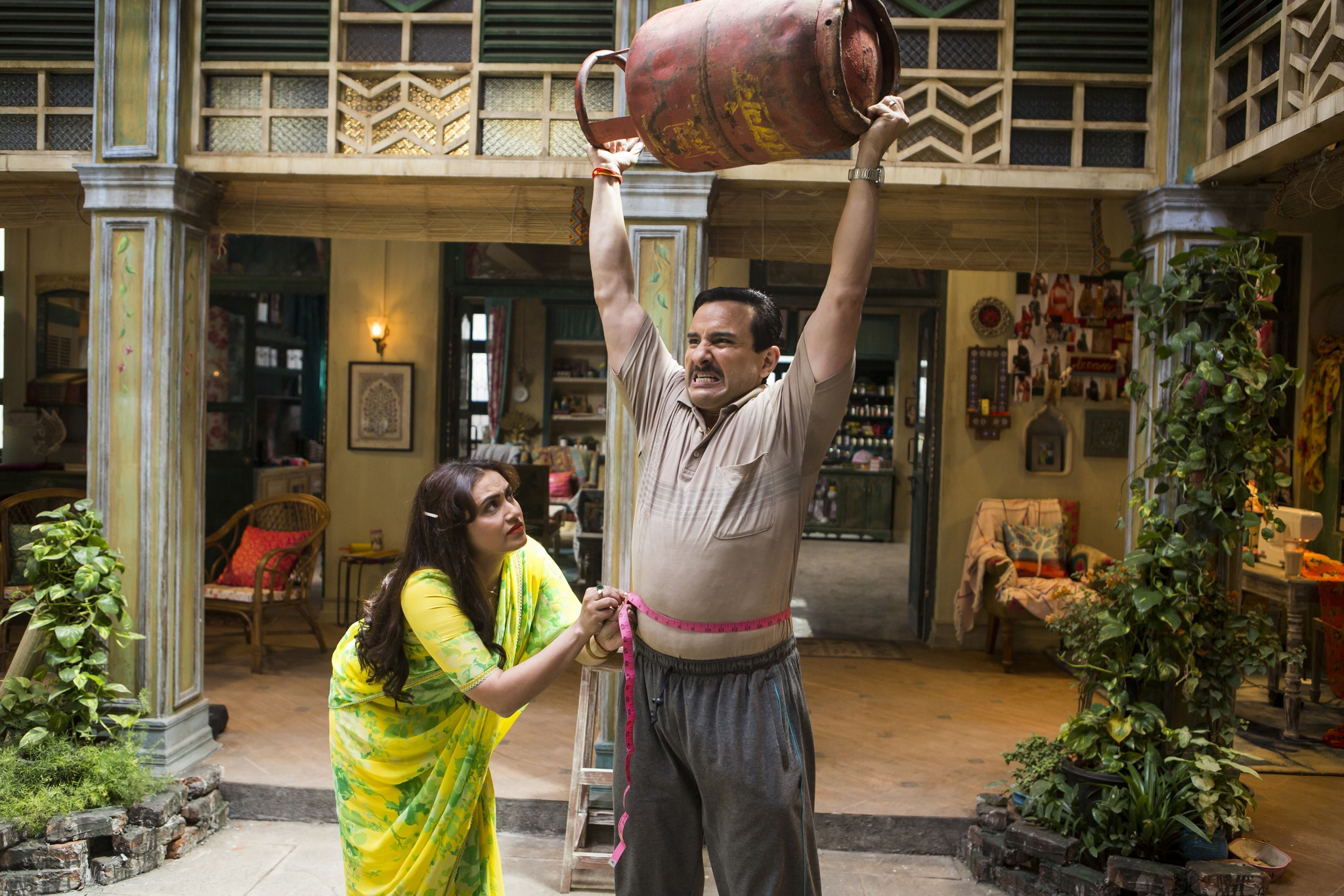 “I am having a lot of fun and I want to get better. I have a quite humble approach to it and I think I have a lot to learn. I am in a great profession and I am happy that people are giving me chances to improve and entertain people,” he says.

Saif’s comic timing has come in for a lot of praise not just from the critics but from all his co-stars as well including Rani Mukerji recently.

“I don’t know but that’s kind of the whole job is all about something that I have learned or sometimes it comes together. It is also so much about teamwork. Like someone has to write a great line then it has to be shot in a certain way and then you have to look in a certain way. There are other things like hair, makeup, wardrobe, and lighting and then there is background music. There are so many times that it is the background music which is adding to that thing. And so many times then we get all credit for it but actually, there are 100 people working on it. So, I have to thank the team if it works,” says Saif rather modestly.

“You know honestly I am not being modest. When you have Clint Eastwood saying those two lines, it is also the makeup and the clothes and the way you have to deliver those lines. But look at the help that you are getting and you cannot do it without a good director and a good set-up. It is a team effort,” he says.

Saif plays the role of Bunty aka Rajesh Trivedi in the redux version Bunty Aur Babli 2 and he says that it was the character that tempted him to sign the film. 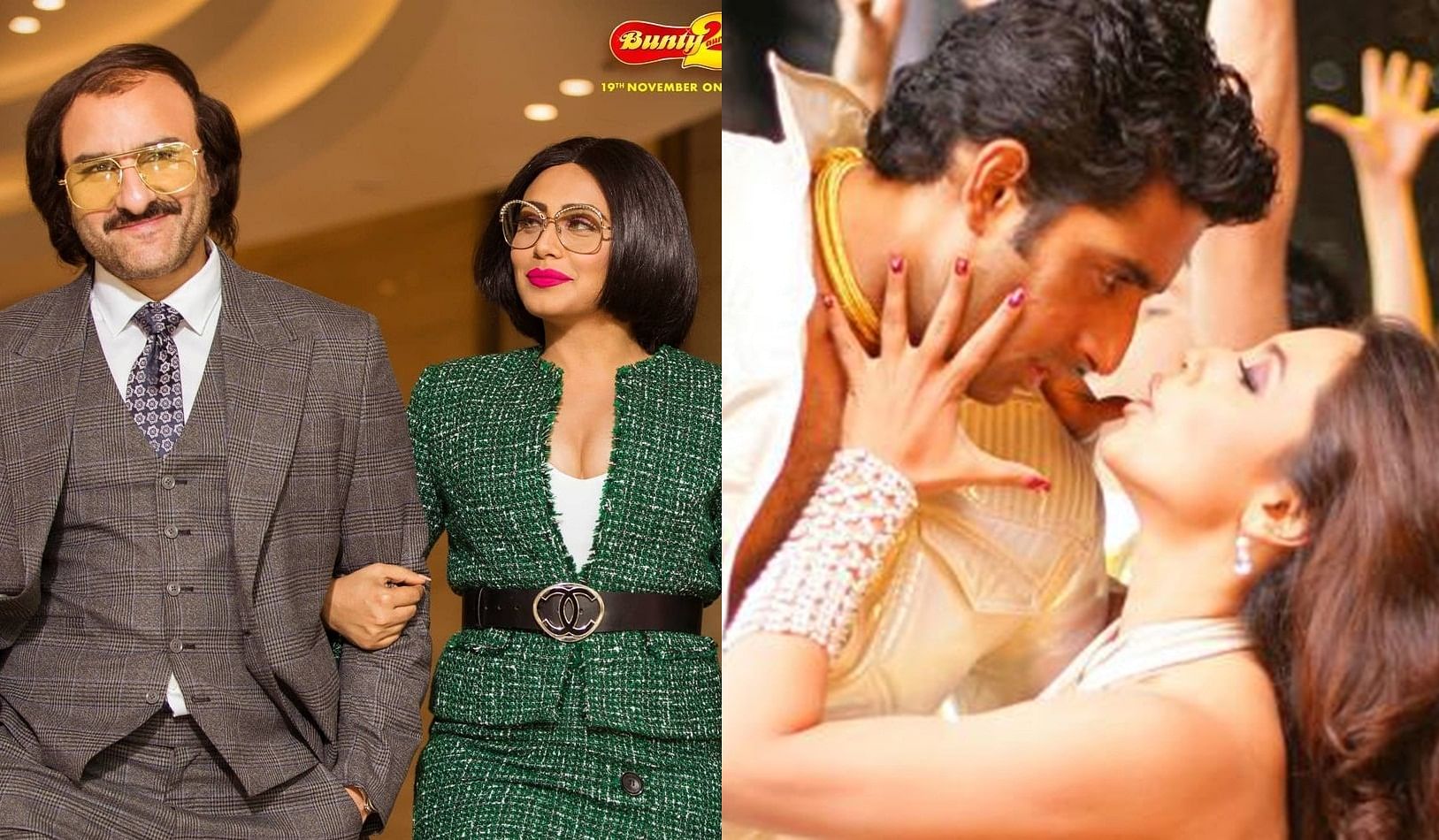 “I think playing a small-town guy with little frustration in life and the guy who looks forward to having the quiet whisky life is a little sad. I enjoyed that part generally. I loved playing the pathetic Rajesh Trivedi character and it was about not having any ego while playing the role,” he says.

Saif also ventured effortlessly into the dark zone, be it the more serious ones like playing Cyrus Mistry (Being Cyrus) and Langda Tyagi (Omkara) or playing Boris (Go Goa Gone) and lately Udaybhan Singh Rathod (Tanhaji) Gossain (Laal Kaptan) or Samar Pratap Singh (Tandav) and Lankesh in the upcoming Adipurush.

“I don’t know, I think I’ll just do the best with each script. I read the script, hear the story and see if something jumps up at me or not. Then I ask if it is a cool film and then there is this instinct that you need to move fast to decide if I don’t want anything to do with this or I love this I want to play the role,” he says.

Having said that, Saif misses playing the hero and has lined up films where he goes back to being the quintessential Bollywood hero who is a good man and who bashes up the bad people.

“You gotta mix it up a bit and after playing negative roles. Now I don’t want to play a negative role for some time. It is getting boring and repetitive. It is nice to think positive and be a hero if you can. Too much of anything is a little boring and if you get a chance to mix it up – great. I don’t go out of my way for diversity but I need to keep my interest alive. I do it because I enjoy it and I am hoping that you might enjoy watching it. But sometimes you know I want to be a part of a movie like Adipurush. But I would like to play some classic heroes; have the best lines as well in films like Vikram Vedha and Fire. These are the two kinds of mainstream heroes and I would like to play them on screen. So it fits into a larger picture. And as it is time for which you give it your 100 per cent and then you move on to something that logically makes sense after this. How else to explain,” he says.

But the classic hero is missing from the cinemas now and there are no Ramas and Ravanas. “That has become acceptable and you know there is an Adipurush as well. We are a thinking nation and a great nation. We are just growing now and we will make better and better movies and all kinds of things will happen. I want to play a slightly mainstream, tough, nice-looking cop or a fireman. It will boost my morale for a bit. Playing Sartaj Singh in Sacred Games was nice too,” signs off Saif.