'I cried on the plane, was terrified': Priyanka Chopra on resuming shoot amid pandemic 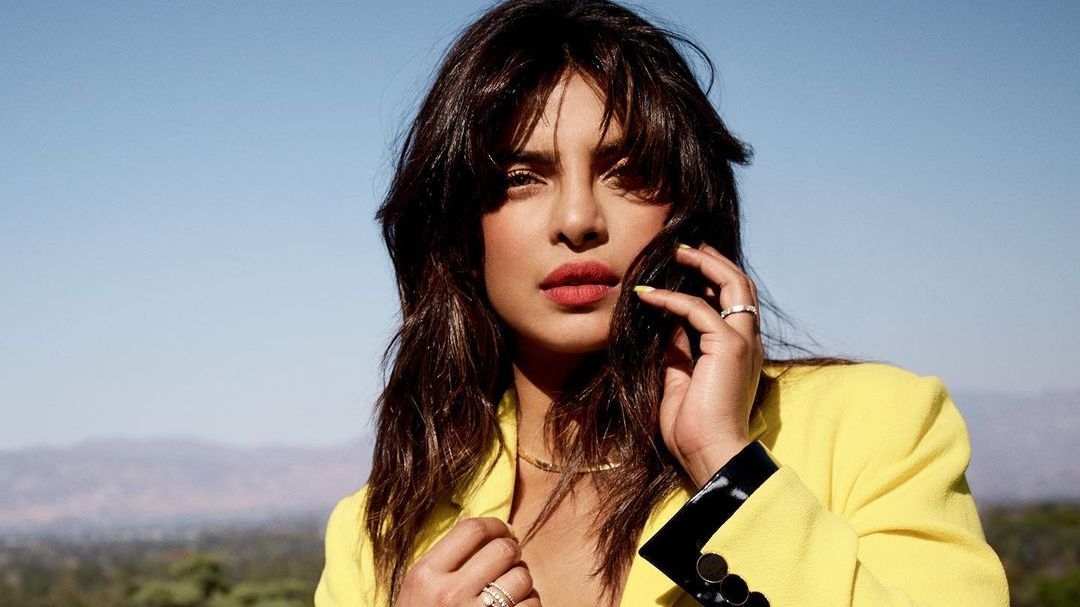 Global star Priyanka Chopra Jonas recently confessed that she was nervous about returning to work after spending time with her family and loved ones in quarantine during the lockdown.

The 'Fashion' actress has been busy with the shoots of her upcoming series and films. Priyanka, enjoys a massive fan following on social media, also shares pictures from the sets.

Recently, in an interview with Vogue India, Priyanka said that she spent six months at home feeling really safe with her family and that it wasn't smooth sailing for her returning on the sets.

Also, when the actress left for work, she said she cried on the plane and was terrified. She added that her husband and singer Nick Jonas and her mother's presence helped her calm down. Although Priyanka had her reservations with respect to resuming shoots, she felt reassured seeing all the Covid-19 protocol put in place on her sets. All this made her more confident about shooting in London.

The actress has been stationed in Europe for a long time - first, in Germany for the shoot of her film, 'The Matrix: Resurrections', and later, in the United Kingdom where she has shot for 'Text For You'. PeeCee is currently shooting for the Amazon series, 'Citadel'.

Priyanka has had a busy year despite the pandemic. She starred in a supporting role in the Netflix drama and superhero film, 'We Can Be Heroes'. She was then seen in 'The White Tiger', with Adarsh Gourav and Rajkummar Rao.

Earlier this year, her memoir 'Unfinished' was launched. Priyanka also has an interesting array of films in the pipeline. She will star in a biopic of Ma Anand Sheela. She will work with Mindy Kaling in a wedding-based romantic comedy film for Universal Pictures, directed by Dan Goor. Her latest film announcement was 'Jee Le Zaraa', where she will co-star with Katrina Kaif and Alia Bhatt. Bollywood or Hollywood? Here’s what Priyanka Chopra picked during ‘This or That’ challenge -...