'I almost had a heart attack': Lara Dutta reveals the time her daughter Saira spoke about divorce 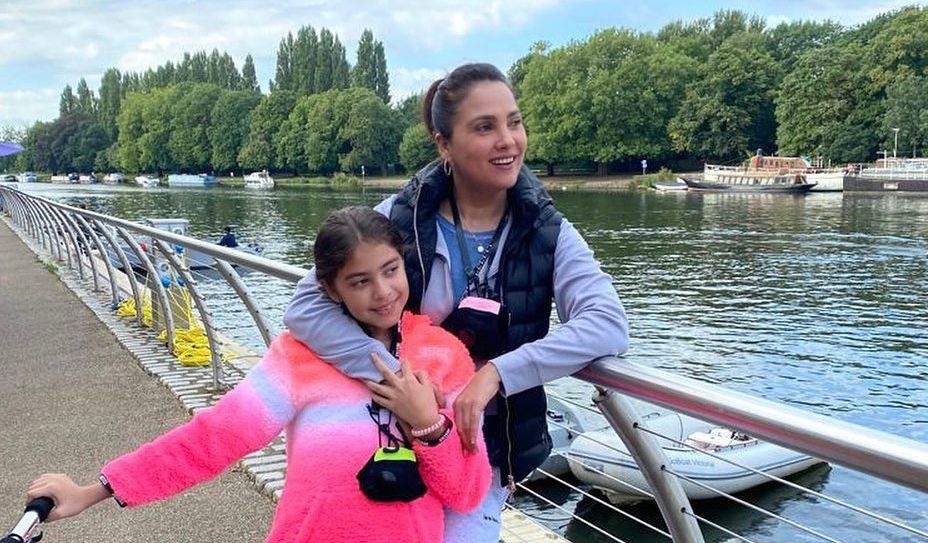 Bollywood actress Lara Dutta, who is garnering praise for her refreshing character in her latest show 'Hiccups and Hookups', opened up about the time her daughter Saira spoke about divorce.

In an interview with Brut India, the former Miss Universe revealed that her husband Mahesh got Saira hooked up to the American sitcom ‘Friends’ at the age of four.

She said, “His favourite show ever is Friends, which he got my daughter hooked on to when she was just four years old. So, at four, my daughter came and asked me one day, 'Mum...' she was playing a game and she said, 'Oh, I'm living. This is my house, that's your house and I'm divorce.' And I almost had a heart attack, because I was just like 'What are you saying? Who told you? What is divorce?' and she's like, 'Oh, when two people are in a bad marriage and don't get along and they're living separately, it means they are divorced'.”

“I was like, 'Who told you this?' She said, ‘Daddy did’. I was like (gesturing a phone call) 'Mahesh, why the hell have you told her what divorce is?' and he started laughing. He was like, 'No we were watching Friends and she wanted to know why was Ross married three times.' I was like, 'So you told her the meaning of divorce?' That's the kind of parents we are,” she added.

In her latest show 'Hiccups and Hookups' Lara's character Vasudha shares a cool and unfiltered relationship with her teenage daughter Kavanya, played by Shinnova.

When asked if she'd want such an equation in her personal life as well, Lara revealed that she is all in for establishing a friendly relationship with her daughter, however, not in favour of diluting her role as a mother.