Hrithik Roshan, the 'greek god' of India, has portrayed a variety of characters and is best known for his dancing skills.
FPJ Web Desk 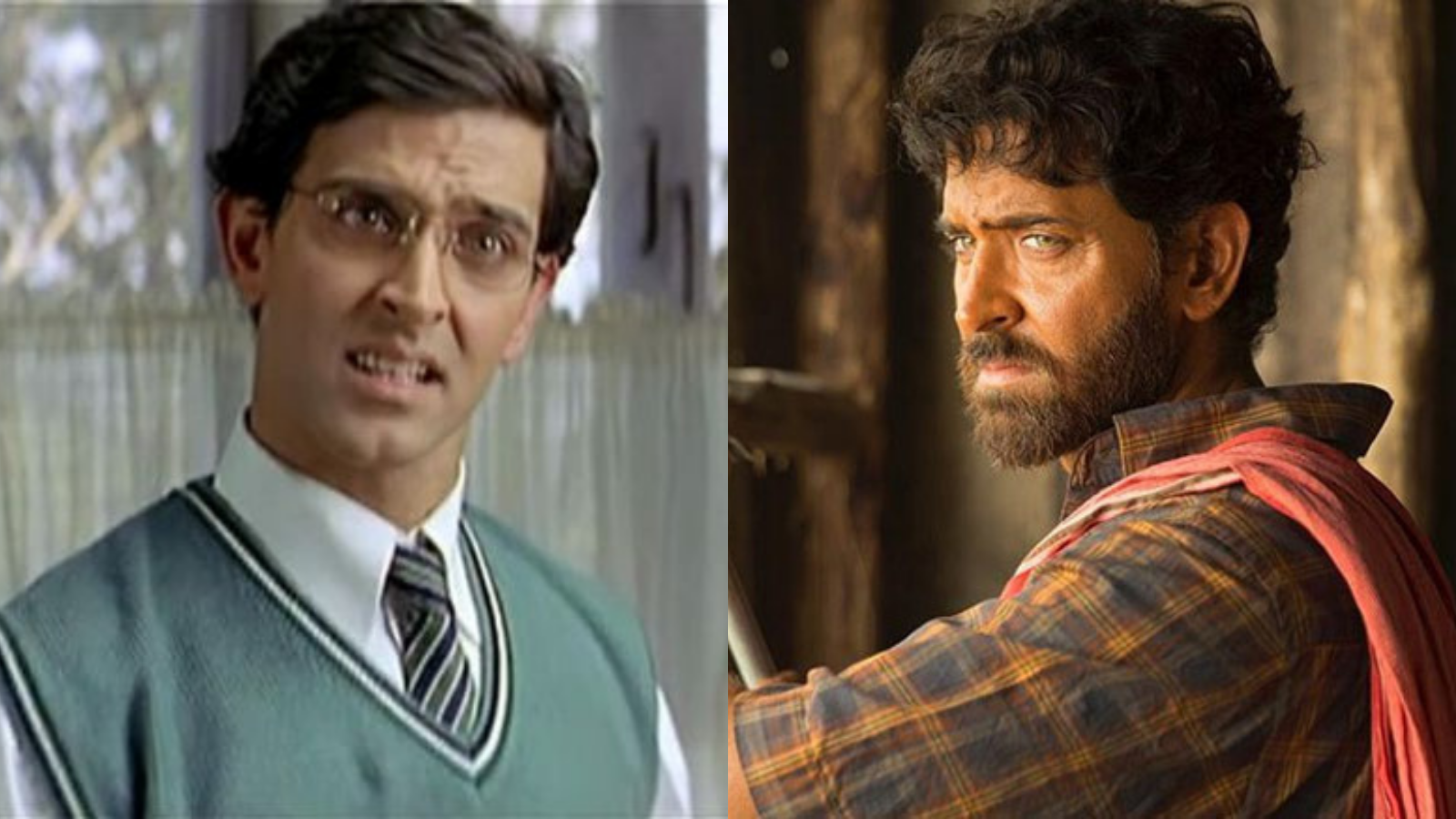 Hrithik Roshan, the 'Greek God' of Bollywood, has portrayed a variety of characters in films and is also best known for his dancing skills. No one can match Hrithik when it comes to looks, acting and dancing.

One of the highest-paid actors in India, it wouldn't be wrong to say that Hrithik is the perfect package.

He has won many awards, including six Filmfares. His first leading role was in the box-office success 'Kaho Naa... Pyaar Hai' in 2000. The film established Hrithik as a prominent actor in Bollywood.

Roshan has performed on stage, appeared on television, and launched a clothing line. He has been vocal about his childhood stammer. In 2008, he donated Rs 2 million to Nanavati Hospital for the treatment of stammering children.

Being the son of the filmmaker Rakesh Roshan, Hrithik faced the spotlight from a young age. He is acknowledged in the media as one of the most talented Indian actors of his generation. He insists on learning any necessary skills and performing stunts himself and is particularly known for his professionalism. 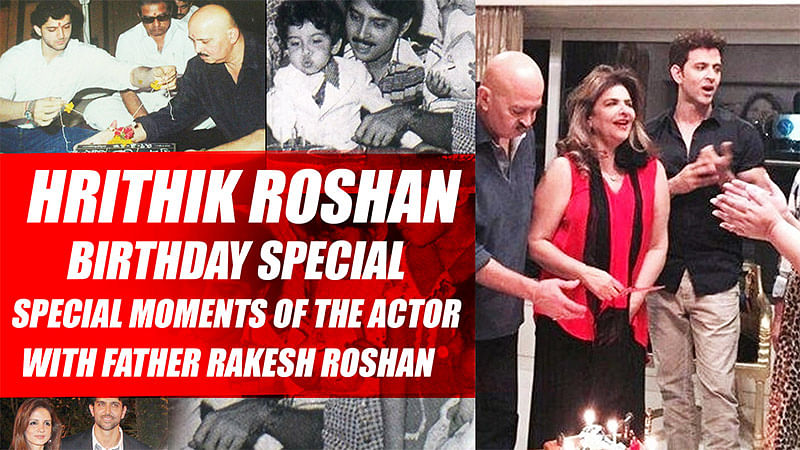 The film was directed by Rakesh Roshan. It marked the Bollywood debuts of his son Hrithik and actress Ameesha Patel. Hrithik became on overnight superstar with this movie. He played a double role in the film as Rohit and Raj. 'Kaho Naa... Pyaar Hai' was the second-highest-grossing Bollywood film of 2000.

Hrithik played the character Rohan Raichand who is Yash (Amitabh Bachchan) and Nandini (Jaya Bachchan)'s biological son. Unaware in his childhood about Rahul being adopted, his mission is to make him return home even after learning the truth from his grandmothers. Karan Johar signed Hrithik to play the character of Rohan after watching a rough cut of his debut film. Hrithik described his role as a "buffer character" in a film that primarily focused on Bachchan and Shahrukh.

The movie focuses on Rohit played by Hrithik, a developmentally disabled man who contacts an extraterrestrial being with his late father Sanjay's computer. The film follows his relationship with Nisha (Preity Zinta), Rohit's friend, who falls in love with him. Koi... Mil Gaya is the first instalment in the 'Krrish' franchise. Next a superhero film titled 'Krrish' was released. Hrithik played a dual role, reprising his part as Rohit from the original film and playing the character's eponymous son.

Hrithik plays the role of Lieutenant (later acting Captain) Karan Shergill, who develops from an aimless young man into an army officer. It is a coming of age story set against a fictionalized backdrop of the 1999 Kargil War. 'Lakshya' has been regarded as a cult film.

It is the second installment in the 'Dhoom' series. The movie revolves around Mr A played by Hrithik, a fearless thief, steals valuable artefacts and teams up with the girl he is attracted to but cannot trust. Close on their heels are three police officers trying to apprehend them.

Set in the 16th century, the film centers on the romance between the Mughal Emperor Jalal-ud-din Muhammad Akbar played by Hrithik and Princess Jodhaa Bai played by Aishwarya Rai who becomes his wife, on a marriage of convenience.

The film's story follows three childhood friends, Arjun, Kabir, and Imran played by Hrithik, Abhay Deol and Farhan Akhtar respectively. They reunite for a three-week road trip. They set off to Spain and meet Laila played by Katrina Kaif, who falls in love with Arjun and helps him overcome his compulsion to work. Kabir and his fiancée Natasha played by Kalki Koelichin experience significant misunderstandings, while Imran wishes to meet his biological father, an artist. During their trip, each friend chooses a dangerous sport for the group to partake in.

Hrithik Roshan plays the lead role of the protagonist Vijay Deenanath Chauhan, a common man who seeks revenge for his father's death, and Sanjay Dutt plays the role of the antagonist Kancha Cheena. The film follows Vijay's struggle for avenging Kancha, who wrongly framed and murdered his father in the island village of Mandwa; in the process, he befriends Rauf played by Rishi Kapoor and falls in love with a loquacious girl, Kaali Gawde played by Priyanka Chopra.

The movie is a biographical drama about Anand Kumar played by Hrithik who is a mathematician from Patna. He works his way through challenges towards success before running the Super 30 programme for IIT aspirants in Patna.

The film was initially titled 'Fighters' before the name was changed to 'War' when the official teaser trailer for the film was released. The film follows an Indian soldier assigned to eliminate his former mentor who has gone rogue. The movie stars Hrithik and Tiger Shroff in lead roles. 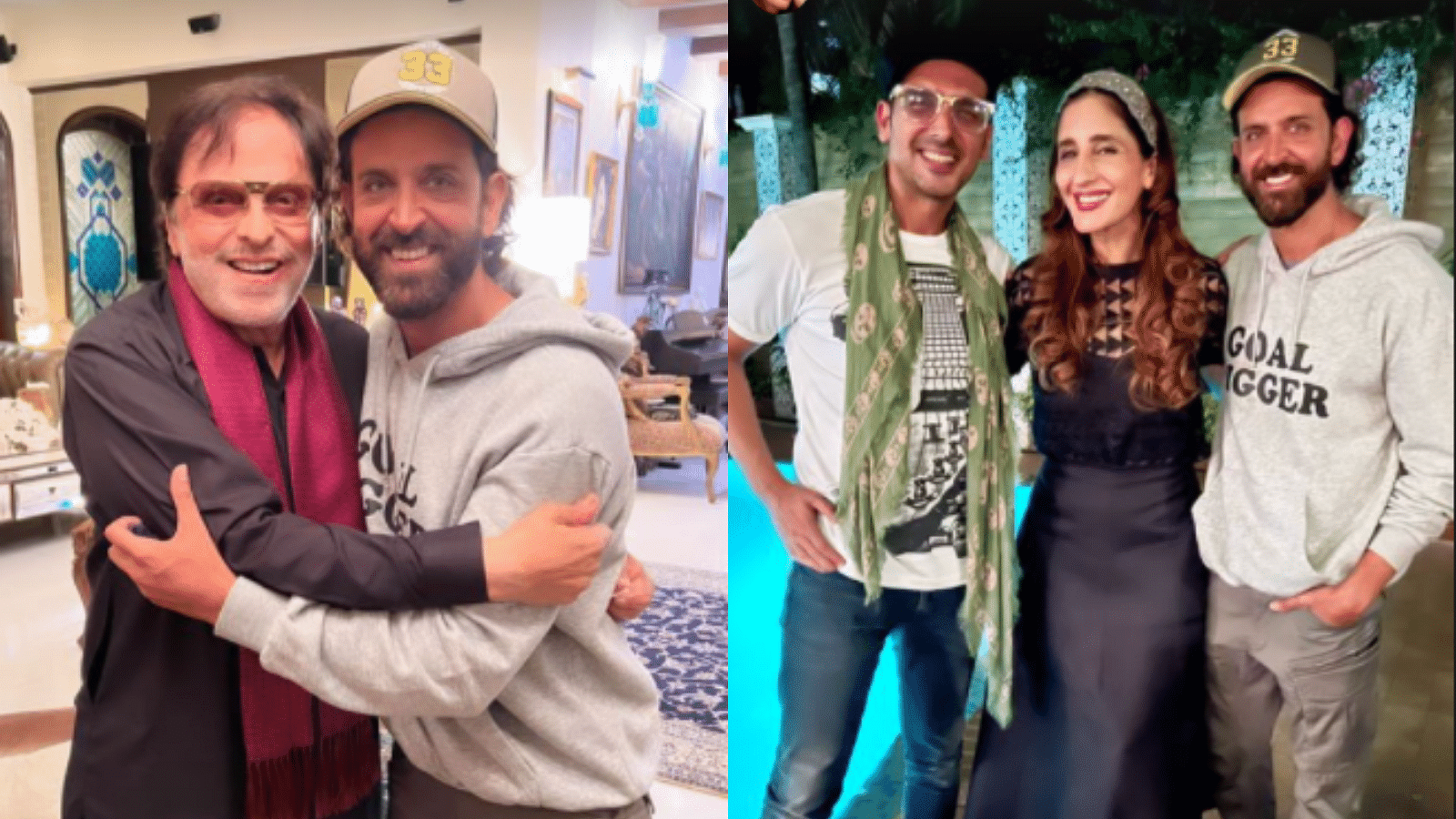