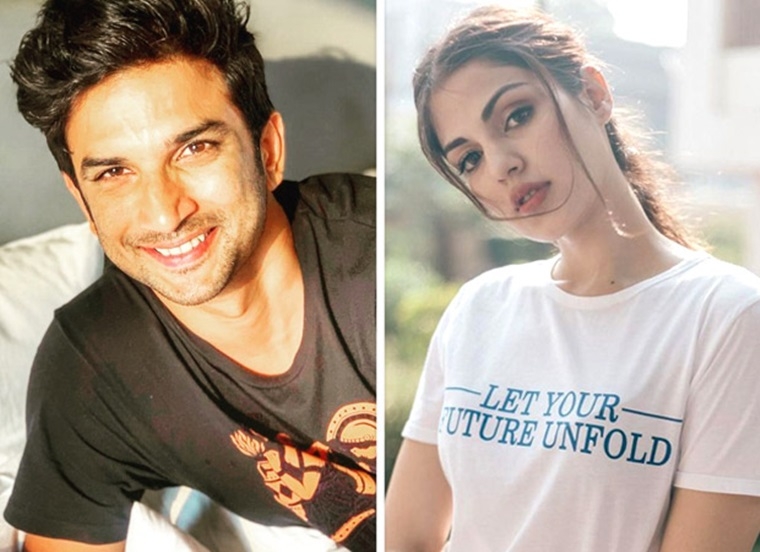 As per a Republic report, "With a balance of over Rs. 4 crores, 62 lakh in November 2019, Sushant's bank balance dropped to just little over Rs. 1 crore in Feb 2020, documents showed. From flight tickets worth Rs. 81, 000 for Showik Chakraborty, Rhea's hair, makeup, shopping, parlour expense, worth over 1 lakh, to her personal expenses, Sushant's bank statements revealed shocking details."

Sushant Singh Rajput had passed away in June this year. He was found hanging in his Mumbai apartment. While his death had been ruled a suicide, the Mumbai Police had continued investigations, with many from the film industry being called in to record their statements.

On Tuesday an FIR was registered against actor Rhea Chakraborty under various sections, including abetment of suicide, on the complaint of Sushant Singh Rajput's father.

"Rhea Chakraborty and five other persons have been charged under Sections 340, 341, 380, 406, 420 and 306 of IPC after Sushant Singh Rajput's father filed an FIR against them. Further investigation is going on in the case," Sanjay Kumar, IG, Patna Central Zone, told reporters.

He even accused Rhea and her family members of stealing Sushant's laptop, cash, jewellery, credit cards with PIN numbers etc. and threatening the late actor of making his medical reports public.