Hey Sapan Verma, this is how Rekha earns a living - Hint: It has nothing to do with award shows

In a recent episode of OneMic stand, comedian Sapan Verma suggested that people want to know what Rekha does the whole year other than making appearances at award shows.
FPJ Web Desk 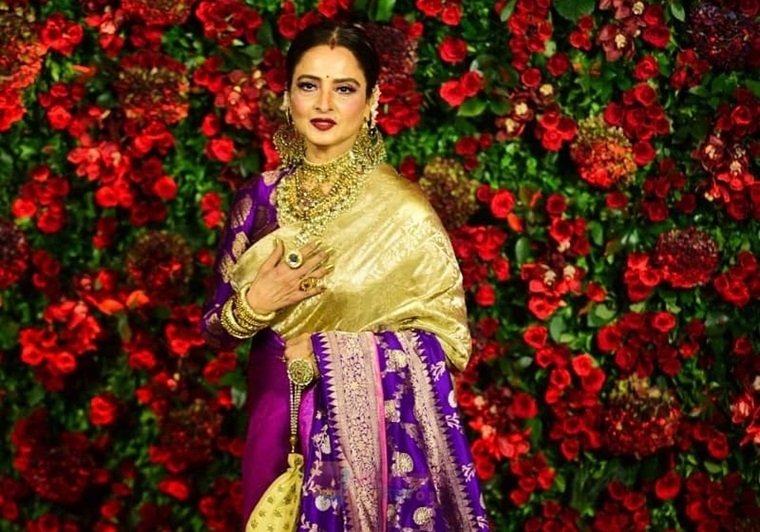 In a recent episode of OneMic stand, comedian Sapan Verma suggested that people want to know what Rekha does the whole year other than making appearances at award shows.

Well, we are here to tell you what Rekha does when the award season isn't around. There's also a lot of speculations on where does her earnings come from, considering the fact that the actress isn't doing any movies or ads.

Veteran actress Rekha is a legend in Indian Cinema. The gorgeous lady has countless awards and honours in her name and still manages to shine brighter than any other star in Bollywood. From her debut in 1970 in 'Sawan Bhadan' to the following four decades, the legendary actress has managed to win hearts over and over again with her impeccable performances. The 63-yer-old who has done over 180 movies in her 40 years career was last seen in 'Shamitabh' in 2014.

The actress still grabs all the attention wherever she goes. Be it an award show or any other event, Rekha makes sure to turn heads.

However, for people who have been living under the rug, Rekha was a member of the Rajya Sabha and still gets a pension from the government. In the past there was a huge discussion around this pay of hers.

Rekha also charges a fat amount for showing up at private events and occasions, this is a part of her wellspring of pay.

Apart from this, the legendary actor gets a decent lease from the properties she owns. A report by Patrika says that Rekha owns various properties in Mumbai and in parts of south India.

She also believes in living a lowkey life and doesn’t travel much around the globe unlike other artists. Rekha also keeps it low when it comes to buying extravagantly expensive cars. It is also said that most of her saree’s are from her old gatherings. That proves that she isn’t a high-roller after all.

She does not do movies anymore, does not do ads but still lives a lavish and extravagant life that she should live. IIFA 2019: Rekha is all praises for Ranbir Kapoor, calls him 'her own'