Allu Arjun and Rashmika Mandanna’s much-awaited film, 'Pushpa: The Rise Part 1' is out in theatres in Hindi and other prominent languages, while the movie is being screened at theatres near you, the superstars from the south talk about their love for Hindi cinema and more
S Ramachandran 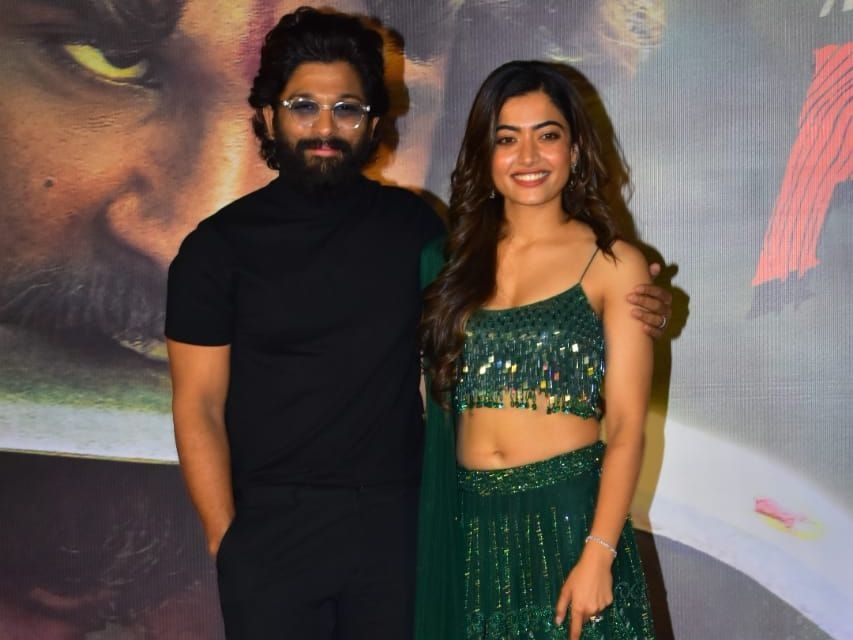 Indian star Allu Arjun who is a big name in Telugu cinema may be doing his first film as a theatrical release in Hindi with Pushpa: The Rise Part 1, but his past record of his Hindi dubbed versions on digital and satellite have been phenomenal. Sample this: Sarrainodu when it released on a Hindi satellite channel in 2016, it was the highest viewed film being number one in the Hindi speaking markets. His other films have broken all records on YouTube with 400 million views for Duvvada Jagannadham, 350 million for Sarrainodu, 320 million for S/O Satyamurthy and 100 million for Race Gurram, Julayi and other films.

At the Hindi trailer launch of Pushpa Bunny, as he is called, said that he has been watching Hindi films for years.

“I have watched and admired Hindi films for many years and we also invite Hindi films to dub in southern languages. It’s not about south or north – it’s about Indian cinema. It’s absolutely great to be loved in another language because we did not make the film in that language nor did we cater to that audience,” says the Icon star.

Growing up, Bengaluru girl, Rashmika Mandanna who is referred to as national crush, says that she always watched a lot of films. “I lived in a hostel and I used to watch so many Hindi films, some out of choice and many because there was no other option but to watch what was being played. Now I watch a lot of films to understand things technically and out of personal choice as well,” she says.

While on Pushpa, she adds, “It was tough shooting for Pushpa because we were shooting in the forest and the climate in the forests changed. We even had to lay a road to go to the location. The producers made all the effort and it was and they have done the hard work for four films in one,” she adds.

‘Spider-Man’s' web has been laid a day before Pushpa rises in the theatres, but Bunny is unperturbed. “We should be very graceful. Hindi has been graceful to the south and ditto with the south. We have this mutual respect and in films and language is never a barrier. I am not looking at one Pushpa. Spider-Man and Pushpa should get people back into theatres. Collectively we should support each other. I want to wish films like ‘83 which are coming up, congratulate Sooryavanshi for bringing audiences back and we should not just become pan India films but pan world films by letting ‘Spider-Man’ do well in India and Indian films do well all over the world,” he says stressing on a symbiotic relationship.