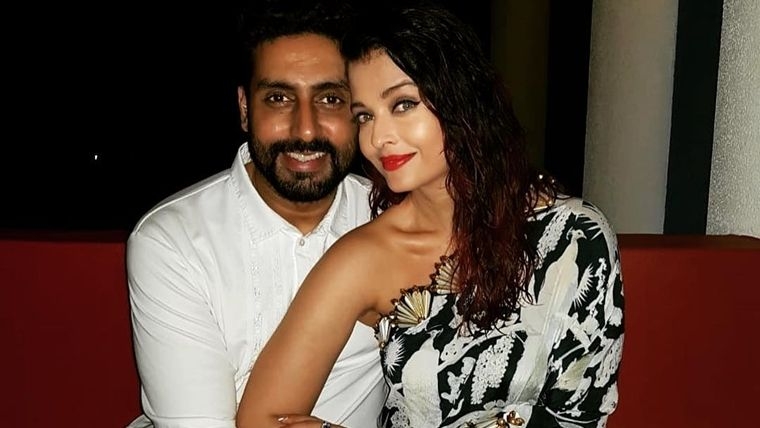 Bollywood actor Abhishek Bachchan gave a pleasant surprise to his wife, actress Aishwarya Rai Bachchan as he turned up at the family home, Jalsa, on Sunday, on the occasion of Karwa Chauth.

The actor was away shooting for his upcoming web series 'Breathe' in the national capital but returned home on Sunday to be with his family on the festive occasion.

"The evening was given a surprise by the Son, Abhishek, who was shooting in Delhi for ‘Breathe’, but without warning suddenly landed up at home .. and a roar of surprise and wonder in the family, who were just not expecting this," megastar Amitabh Bachchan wrote on his blog.

Expressing that it was a happy surprise, Big B added, "So the family was complete at the festive time .. and the dining table banter was filled with laughter and delightful special food." Abhishek and Amit Sadh had last week announced the second season of their hit series "Breathe: Into The Shadows".

"Breathe: Into The Shadows", which debuted on Amazon Prime Video in July 2020, is a sequel series to Sadh's 2018 crime thriller show "Breathe".

Bachchan and Sadh will both reprise their roles of Dr Avinash Sabharwal and Inspector Kabir Sawant, respectively, in the second season of the Amazon original.

On the film front, Abhishek will also be seen in films like 'Dasvi' and 'Bob Biswas'. Buzz also suggests the Abhishek has also signed up for a film with R Balki, however, there is no confirmation on that front.