Asked whether she would have spoken to the director had they met during the ceremony, the actor said, "Of course".
PTI 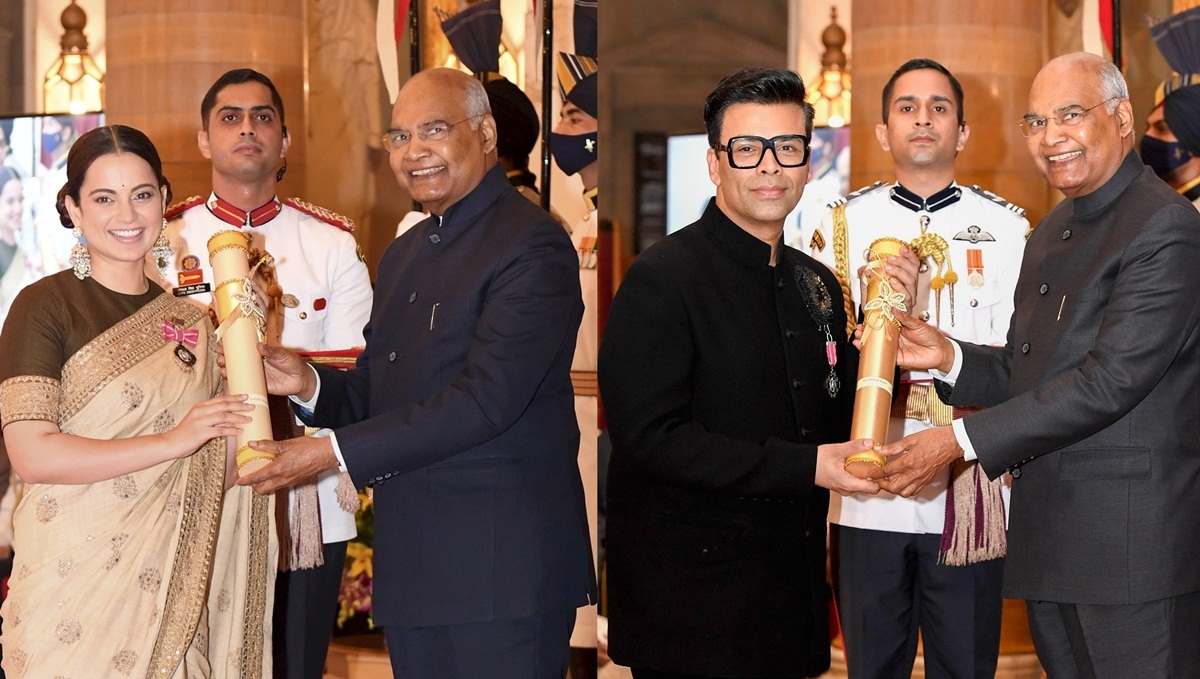 New Delhi: Asserting that she believes in coexistence, actor Kangana Ranaut on Wednesday said she would have met Karan Johar had she come face to face with him at the Padma Awards.

The two film personalities, who have been daggers drawn over the nepotism debate, were awarded with Padma Shri at a ceremony held in the Rashtrapati Bhavan on Monday.

"Well, we our ceremonies were at different times. I think they went out of their way to keep us on different timings," Ranaut said while speaking at the Time Now Summit 2021.

"I tried to spot him around but he was not there," she said.

Asked whether she would have spoken to the director had they met during the ceremony, the actor said, "Of course".

"There can be conflicts and there can be disagreements, but that doesn't mean that you do not believe in coexisting... That's what I speak about, coexisting and giving equal opportunities whether it is for men, women or outsiders, insiders, underprivileged, overprivileged, nepotism... I encourage co existence of all kinds."

Ranaut said she felt insignificant in front of some of the winners who were simple but "enormous" in their presence.

"Some of the people who walked in and took their honour made me feel so insignificant. Some of them were so simplistic and enormous in their presence. When they were introduced, I felt a sense of not being enough. Very rarely do I get that feeling. To witness such people taking their awards... I felt, am I good enough?"

The actor was probably referring to environmentalist Tulsi Gowda and Hajabba, an orange seller who build a school in his village. They were awarded with Padma Shri for their work.

Asked how she sees herself five years down the line, Ranaut, 34, said," I definitely want to be married and happy. As a mother, as a wife, and of course as someone who is actively participating in the vision of New India."

Ranaut also said that she is in a "happy place in love".