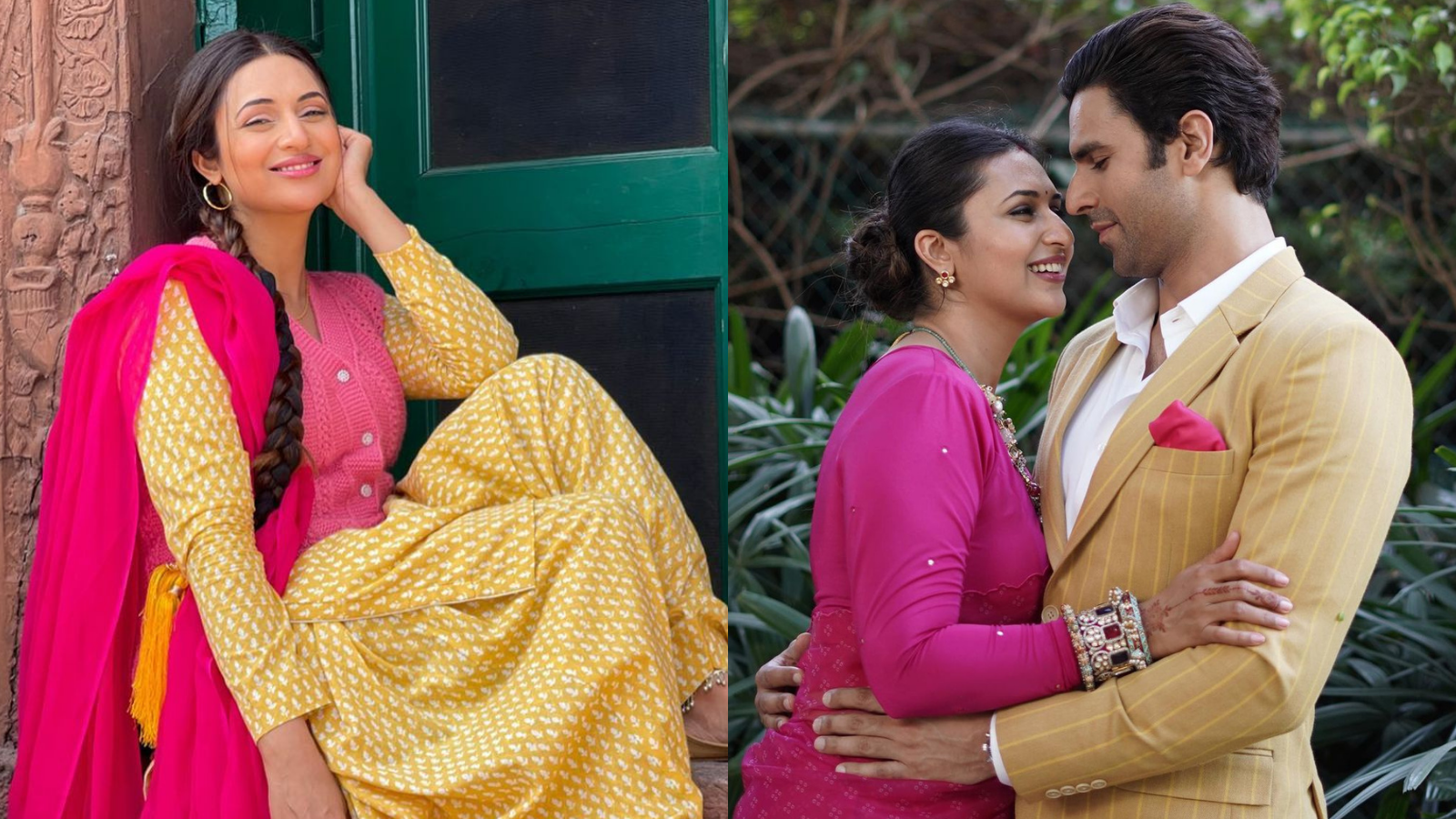 Television queen Divyanka Tripathi Dahiya has impressed the audience with her exceptional acting and equally stunning looks over the years. After starring in several popular TV shows and reality shows, the actress is now winning hearts with her debut music video 'Babul da vehda'.

The song is an achingly sweet track that brings out the right emotions with Asees Kaur’s vocals. Composed by Meet Bros, the song speaks volumes about a father-daughter relationship and is a tribute to all the women who leave their maika post marriage.

When asked what made her agree to dip her toes in a music video, Divyanka shares, “I am always ready for good content, and I think there’s no artiste who is confined with whether they want to be an artiste for TV or films. We never think of being an artiste for a particular segment. An artiste is always an artiste, whether they do theater or advertisements. Also, as we are not dependent on any particular platform, wherever we get an opportunity, we grab it. The moment I heard about it, I was completely sold. I got a thought that this is something I want to do. I didn’t have any reason to say no to it. I felt that if I say no to this, I’ll definitely regret it in the future.”

The 'Yeh Hai Mohabbatein' actress further adds, “I am glad that 'Babul da vehda' is my first music video. I made the right choice by picking this one. I often used to get offers for music videos, but this was the first song I heard, and my mind said, ‘I have to be a part of this one’. As far as the experience is concerned, it was almost like shooting a proper film because, thankfully, there was an emotional storyline which I liked. When we see any random music video, we see people dancing, or there’s no relevant storyline behind the song. But in this one, there is proper storytelling.”

The song was entirely filmed in Punjab, and it was also the first time that the actress shot in the state. “The shoot was in a Punjabi setup, and this is the first time I’ve had a shoot in Punjab. I loved every moment, especially the people and food, of course. I used to hear many good things about Punjabi cinema, but this was the first time I’ve experienced the same. They are very sorted with what they shoot, they knew what they wanted, and have filmed this song very nicely and precisely,” Divyanka explains.

Earlier this week, just before the song was about to release, Divyanka asked her fans to watch it with tissue paper because it’s an emotional one.

Asked if she got emotional after watching the video, she says, “Well, let me not speak about myself because I am very critical as an artist. Any work I do, I don’t like it at least for three years (chuckles). Now, when I see my scenes in 'Yeh Hai Mohabbatein', I love it so much. I’ve actually started liking my old shows now, but when they are freshly shot, I tend to find mistakes out of them. But in regards to this song, I found it wonderful, and this surety came when I showed the video to others. When I looked at Vivek (Divyanka’s husband), who is my best critic, he was in tears, and that was the first approval I got that what we have created is really nice.”

Divyanka’s family, too, loved the music video. “After the song was released, my sister, parents and everyone else got emotional. I believe it is not easy to make someone cry. You may fake it in laughter but making someone cry is tough. So, thankfully, I am getting all those beautiful videos of my family members and friends getting affected by this song,” she adds.

When asked if the wedding and bidaai sequences in the song reminded her of her parents or her bidaai, Divyanka says, “Well, to be honest, this music video was very emotional for me because I did not cry during my bidaai. I already knew about my husband and the family I was going into; I had enough time to understand them. So, during the shoot, it was an alien feeling for me.”

Elaborating on how she prepared for it, Divyanka shares, “I did not have any experience of it, and that is why I had to go into the depths of it. I watched countless YouTube videos just to get an idea about how a girl cries during bidaai. I also studied about what families go through during that point in time, and hence, I was able to achieve it even though it was a tough job for me. While shooting for this, right from morning till the evening, I used to get so exhausted, and it may sound weird, but I was puking on my way back after the shoot as I was so emotional.”

In the song, Divyanka’s character shares a close bond with her father, which is deeply expressed during the bidaai scene. “My father has always been very protective of me. I think whatever strength I have today or whatever I have achieved or have aspired to become is just because of my papa. When I was born, people said, ‘Beti hui hai’, but my father said ‘Ye beti kisi bete se kam nahin hai'. Even now if any difficulties arise, the first call I get is from my papa,” she signs off.

When asked about her upcoming projects, Divyanka says, "I am open to good content. I’ve been hearing a lot of good scripts and bad ones too (laughs) and so far, I have not decided which project I am going to do next. I am in search of content that is going to push my creativity to the next level and I’d enjoy being a part of it." 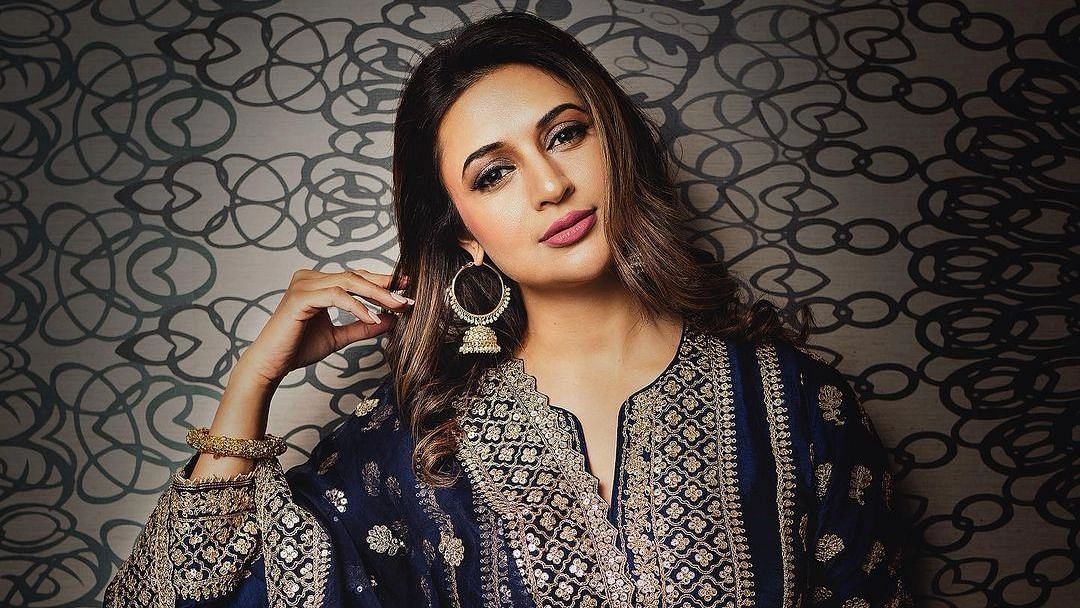