Here are some examples of his heart-warming gestures that have helped many amid the COVID-19 crisis.
FPJ Web Desk 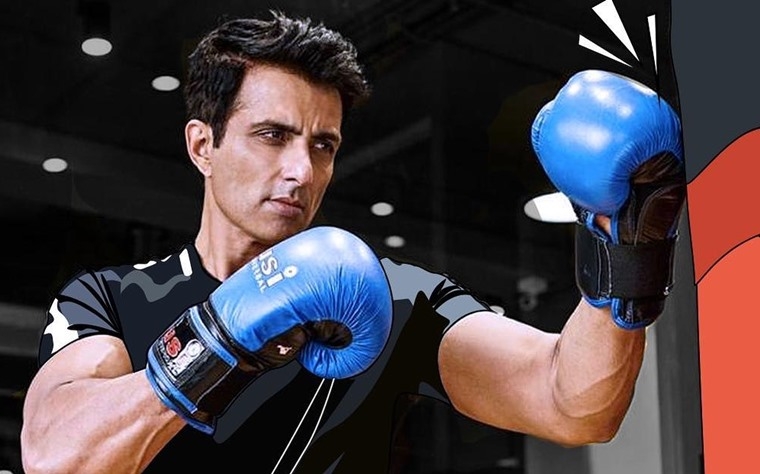 Bollywood actor Sonu Sood, who may have emerged as a powerful villain onscreen, has turned the tables with his real life charisma.

The actor, who turns 47 today, has been hailed as ‘migrants’ saviour’ or ‘real superhero’ by fans across the world for providing aid when no one else would.

Here are some examples of his heart-warming gestures that have helped many amid the COVID-19 crisis.

As the lockdown struck India in March 2020, and frontline workers were facing harassment or trouble going back home after hours of duty, Sonu offered his Juhu hotel to serve them.

"It's my honour to be able to do my bit for the doctors, nurses and para medical staff of our country who have been working day and night to save the lives of millions in the country. I'm really happy to open the doors of my hotel for these real time heroes," Sonu said.

Under an initiative called Shakti Annadanam launched in the name of his late father Shakti Sagar Sood, Sonu decided to feed more than 45,000 people on a daily basis in Mumbai.

"Right now we are all together in these tough times against the coronavirus. Some of us are blessed to have food and shelter but there are many who have not eaten meals in days and it's really difficult for them. To help these people, I've started a special food and ration drive on my father's name, which is called Shakti Annadanam. I hope I am able to help as many people as possible," the actor said. After acquiring permissions from the Maharashtra and Karnataka governments, the actor arranged bus transport for stranded migrant workers.

The first batch left from Thane, Maharashtra to Gulbarga, Karnataka. The actor also visited the bus terminals to bid the workers goodbye.

The second batch saw multiple buses leave from from Wadala, Mumbai to various parts of Uttar Pradesh including Lucknow, Hardoi, Pratapgarh and Siddharthnagar as well as to states like Jharkhand and Bihar.

Sood airlifted over 170 girls stuck in Kerala amid the coronavirus lockdown. Reportedly, a special aircraft was arranged to help the girls who were stuck in Ernakulam.

The girls, who hail from Odisha, were working as stitching and embroidery labourers at a local textile factory there. On board also were 10 migrant labourers who were working in a plywood factory.

In yet another kind gesture, Sood arranged an Air Asia flight to send 180 Assamese migrants to return home after they were stranded when Cyclone "Nisarga" hit Mumbai in June.

Airlifting over 1500 Indian students from Kyrgyzstan

Sood will help repatriate over 1,500 Indian students from Kyrgyzstan over the next two months. In another heartwarming gesture, Sood provided a tractor to a farmer in Andhra Pradesh within hours after he learnt that the farmer was using his daughters for ploughing as he couldn't afford to rent bulls.

As a video of the farmer's daughters ploughing the field by working like bulls with yoke on their shoulders went viral over social media, Sonu Sood promised Sunday morning that the family will get a tractor by evening.

True to his promise, the actor ensured that the tractor reached the farmer's family in Mahalrajuvari Palle village in Chittoor district.

Sood offered a job to Unadadi Sharada, a woman techie forced to sell vegetables to make both ends meet after losing her job in a multinational company due to the nationwide lockdown enforced in the wake of to the COVID-19 crisis.

"My official met her. Interview done. Job letter already sent," tweeted Sonu Sood in response after a Twitter user drew his attention to her plight.