Actress Parineeti Chopra is celebrating her 33rd Birthday on 22 October,2021. Here are some of her hot pictures that you should surely have a look at.
FPJ Web Desk 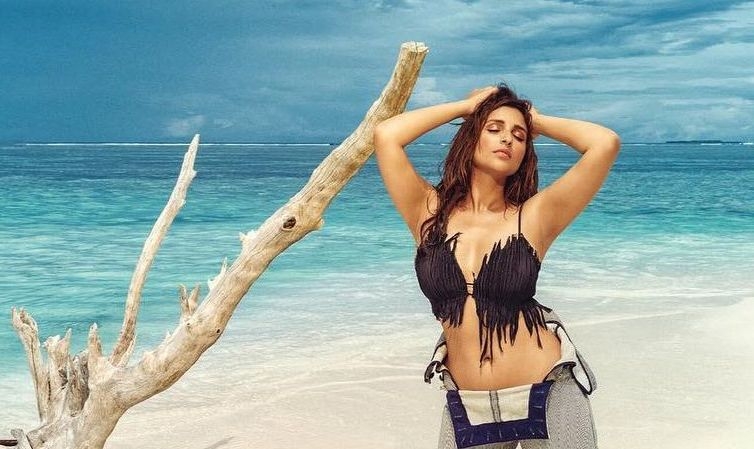 Parineeti Chopra was born on 22 October 1988 in Ambala, Haryana. She hails from a Punjabi family. She was brilliant in her academics and always aspired to become an Investment Banker.

Not many know that she holds a triple honors degree in business, finance and economics from Manchester Business School. Before making her place as an actress , she used to work as an promotion executive at Yash Raj Films.

But destiny had other plans for her.

Parineeti Chopra made her acting debut with the romantic comedy 'Ladies vs Ricky Bahl' in 2011 in which she appeared in a supporting role. Despite that she managed to grab the attention of both Critics and audience.

Her first leading role was opposite Arjun Kapoor in 'Ishaqzaade' in 2012. She impressed everyone with her character in the film. Parineeti received a National Film Award – Special Mention for the film. Since then she has featured in many successful films.

Actress Parineeti Chopra is celebrating her 33rd Birthday on 22 October,2021. Here are some of her hot pictures that you should surely have a look at.

Parineeti Chopra has always been on point when it comes to a perfect picture. She is looking so hot in in picture with perfect expression.

She shared this picture from her Maldives Vacation. Parineeti has definitely spent some quality times. She made the day of her fans with this red hot picture.

This picture is from the Dabbo Ratnani Calendar shoot. The ruling black is complimenting her beauty.

Innocence, simplicity and yet hot only Parineeti can do this.

Parineeti Chopra can be seen giving some major fitness goals with this picture.

Waiting to dive in, she is leaving people astonished with this picture.