Guru Purnima 2021: 'The only people to guide you towards what is right are your parents', says 'The Family Man' actress Priyamani

On Guru Purnima, Priyamani opens up about life lessons, overcoming failures and mistakes, and talks family beyond 'The Family Man'. 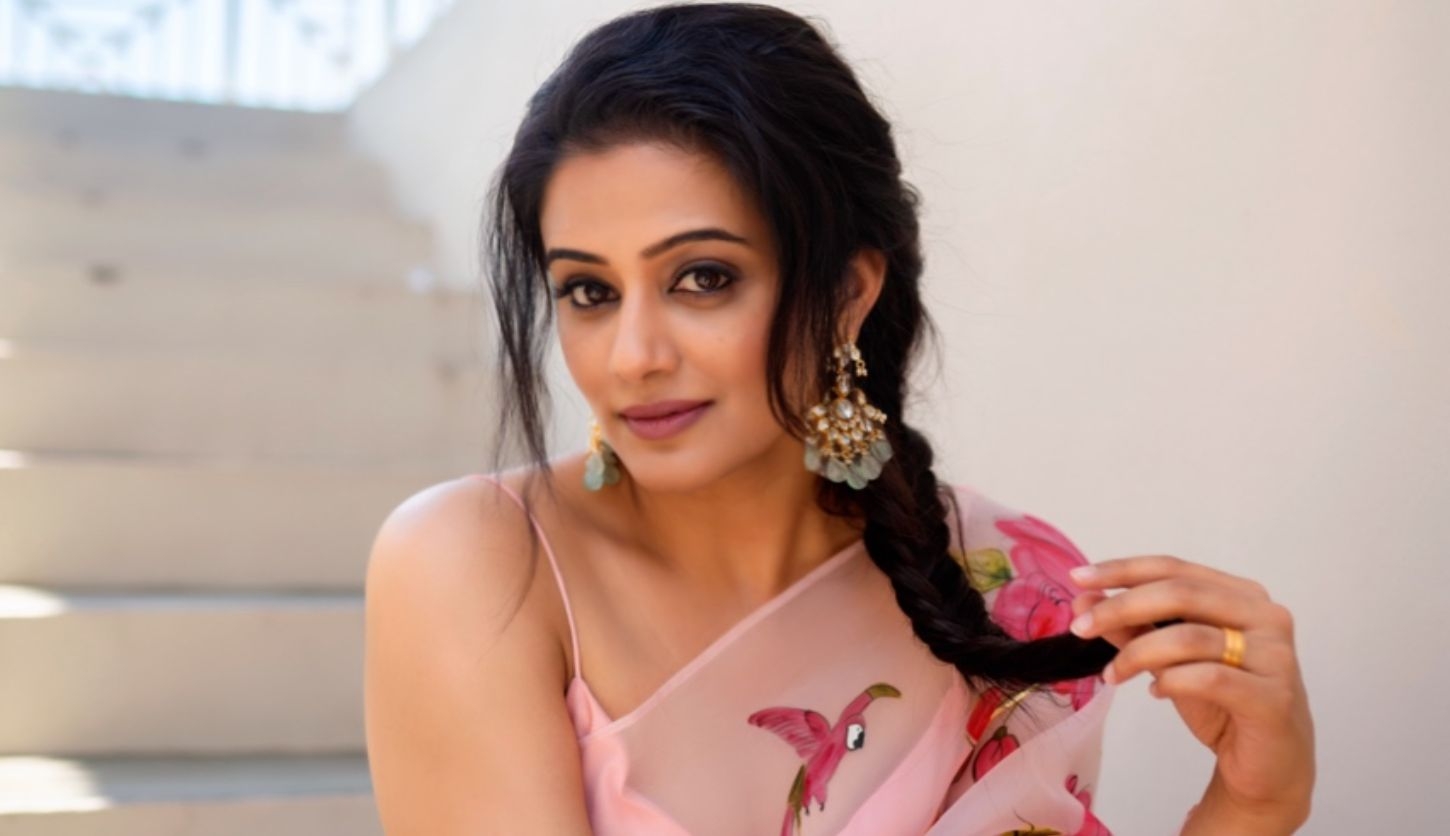 Priyamani is today one of the most talked about actors. She plays Suchitra, wife to Manoj Bajpayee's Srikant Tiwari in The Family Man, and thanks to her character arc and her realistic portrayal of the same in the second season of the acclaimed series, she is today a woman everyone loves to hate! But love her or hate her, you can't help but applaud her acting chops. That is, however, not surprising given the fact that she has already bagged a National Award in 2007 for her in Tamil romantic drama Paruthiveeran, much before her more famous cousin Vidya Balan!

The actor, who made her debut in 2003 with the Telugu film Evare Atagaadu, has proved her mettle down South with films like Pranchiyettan and the Saint (2010), Raavanan (2010) and Chaarulatha (2012) and Idolle Ramayana (2016), is now all set to take on Bollywood.

Priyamani also featured in Alt Balaji’s romantic drama His Storyy, where she essayed the role of Sakshi, a woman who learns of her husband's homosexuality and deals with the aftermath following his affair with another man, at the same time being a mother to two children.

She will be seen alongside Ajay Devgn in the sports drama Maidaan.

Looking back, the actor credits two filmmakers for her success story. First, Tamil film director Bharathiraja, who introduced her to films and second, late filmmaker Balu Mahendra, who signed her for Adhu Oru Kana Kaalam (2005).

“They are the ones I look up to. Whatever I am today is because of them. They have held my hand and taken me ahead. They have taught me the ways of the industry, and how to act. The lessons I’ve learnt from them are to be yourself, never be afraid to back down, be strong and if you feel something is wrong just say it,” Priyamani says.

Beyond the dark clouds

However, there is no success without a few failures. But Priyamani has made stepping stones out of the stumbling blocks. “I won’t call a movie not doing well, a failure, however, it can be counted as one. Initially, the films I did took about a year to release. I was not doing other films in between and was not getting any offers. So, there were times when I was sitting at home for about eight-nine months at a stretch without doing any work. I considered not making a mark in the industry as a failure. Obviously, because nobody knew me back then. I remember reaching out to my father who told me to give it a year, and if nothing productive happens, quit the industry and go for a plan B. But, fortunately, Paruthiveeran happened, and the rest is history.”

But were there any mistakes along the way that she regrets? “Mistakes are made every day. If you don’t, then I think you are abnormal,” the actor says. “Nobody is perfect. I did not know how to face the camera... I started my career as a model, the two situations are completely different. The mistakes I have made in my earlier films, I have taken each of them as my learning step. I try to learn something new each day — be it the industry that I go to or the movie that I’m in. It helps because when I look back at what I would’ve been and what I am now, I believe I have come a long way,” she adds.

Priyamani had ventured into Bollywood with Mani Ratnam's Raavan. She followed it up with another bilingual, Ram Gopal Verma's Rakta Charitra 2. But the actor's first brush with quintessential commercial Bollywood song and dance was with none other than King Khan himself! She made a special appearance alongside Shah Rukh Khan in the song "1 2 3 4 Get on the Dance Floor" for Chennai Express, and it was a learning lesson for the young actor. “We shot the song over five nights and when it was time for pack up at 5 or 6 am, we would run back to our vanities, change and go to the hotels to sleep. But in the case of Shah Rukh Khan, it wasn’t like that. He stayed back for another 45 minutes and learnt the steps choreographed for the next day. That amount of professionalism is what I learnt from him. Even if you are done for the day, it doesn’t hurt to stay back and learn something new. He being a big star it’s not needed, so hats off to his professionalism,” she reminisces.

But for Priya Vasudev Mani, the best lessons are learnt at home, from ones parents and elders. On Guru Purnima she pays homage to her first teachers — her parents. “Mathru Devo Bhava, Pithru Devo Bhava,” says Priyamani. “Right from the time you're born till the time you die they are the ones who will be there for you, guide you every time you're stuck along the way. They teach you to differentiate right from wrong, and me being who I am I have to give due credit to them. Even today, whatever decisions I take I consult them,” she elaborates.

“I would like to fold my hands to each and every parent for bringing us into this world and for making us who we are. Respect starts at home. The only people to guide you towards what is right are your parents. Be with them, because they will stand by you and be with you till the end of time,” Priyamani adds.

But it is not just her parents she banks on to show her the right path. She is blessed with a family that looks out for her. “Besides my parents, I also seek advice from my in-laws and my husband, Mustafa. I really look up to their suggestions, because they have seen the world more than me,” she signs off. 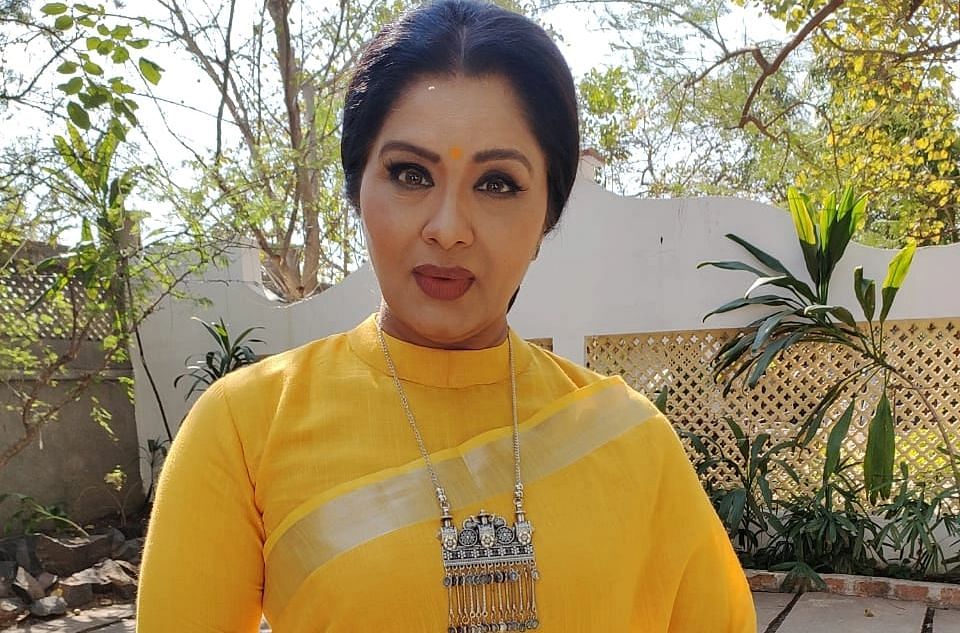