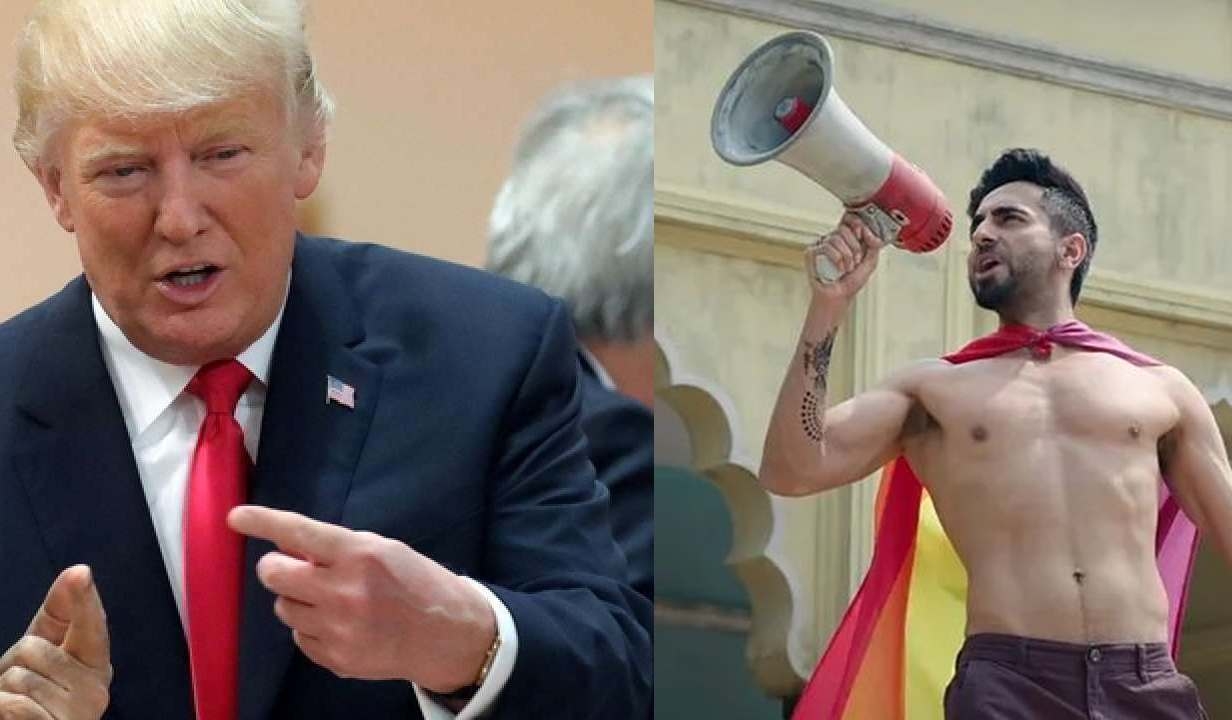 Reacting to a story on pinknews.co.uk, Donald Trump wrote: “Great.”

While the movie has received rave reviews, it has already been banned in Dubai and UAE over its homosexual content.

According to bollywoodhungama.com, the film's makers even offered to edit the kiss between Ayushmann and co-actor Jitendra, but to no avail.

A source from Dubai told the portal: "We knew this was coming. Or, rather not coming. We really wanted to see what 'Shubh Mangal Zyada Saavdhan' has to say, since it is the first Bollywood film that normalises a gay relationship. Sadly, all films with a gay content are banned in these parts."

When the producers of the film offered to cut out the kiss scene between Jitendra and Ayushmann, they were reminded that it wasn't about the kiss but the content.

US President Donald Trump's daughter Ivanka and son-in-law Jared Kushner will be part of the high-level delegation accompanying him during his visit to India on February 24 and 25, official sources said on Friday.

The US president will arrive in Ahmedabad on February 24 for a little less than 36-hour India trip. From Ahmedabad, he will travel to Agra before arriving at the national capital for the main leg of the visit.

The US has confirmed that Ivanka Trump and Jared Kushner, Trump's senior advisor, will be part of the US president's delegation, official sources said.

Boosting counter-terror cooperation, deepening engagement in the Indo-Pacific region, augmenting defence and trade ties and India's concerns over H1B visas are expected to figure in talks between Trump and Modi on February 25.