After making you roll on the floor by the hilarious trailer of his upcoming flick 'Good Newwz,' Akshay Kumar is here again with the rib-tickling introduction of his character Varun Batra.
ANI 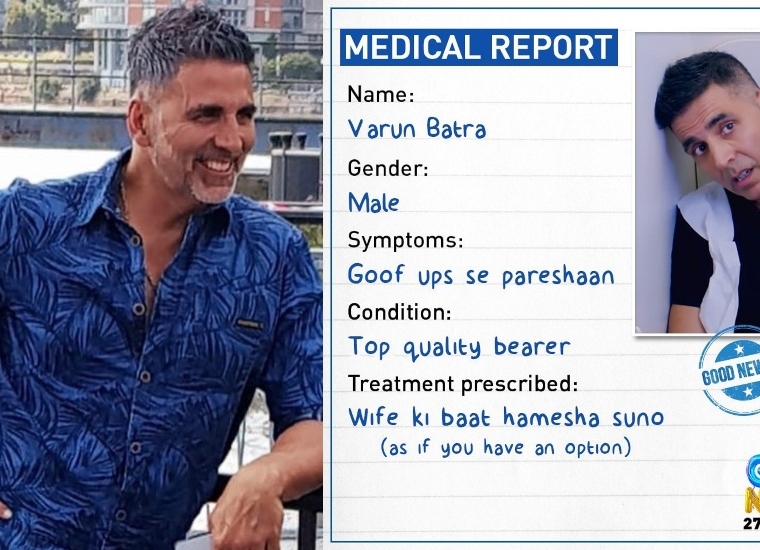 After making you roll on the floor by the hilarious trailer of his upcoming flick 'Good Newwz,' 'Khiladi' of Bollywood Akshay Kumar is here again with the rib-tickling introduction of his character Varun Batra.

The 52-year-old actor while taking to Instagram shared his introductory poster in the format of a medical report of his character, 'Varun Batra'. He captioned the post as "#MeetTheBatras - Varun Batra's appointment is confirmed for 27th Dec!" What seems to be like a medical report has the details of Akshay' s character Varun. According to the report, it seems like Varun Batra is suffering from Goof ups. He has the conditions of a 'top quality bearer.' The treatment prescribed for this disease is 'Wife ki har baat suno' (adhere to wife's guidelines), the treatment comes with comic guideline - as if you have an option. This report is accompanied by an amusing picture of Varun Batra where he is seen all tired. The story of the upcoming feature revolves around two married couples and their journey of love. In the film, Akshay and Kareena, are shown as couples trying to conceive a baby.

The film went on floors in November last year. Apart from Akshay and Kareena, the movie also features Kiara Advani and Punjabi singer and actor Diljit Dosanjh. Diljit has acted in a number of Hindi films including 'Udta Punjab' and 'Arjun Patiala'.

Helmed by Raj Mehta, 'Good Newwz' will hit the theatres on December 27 this year. 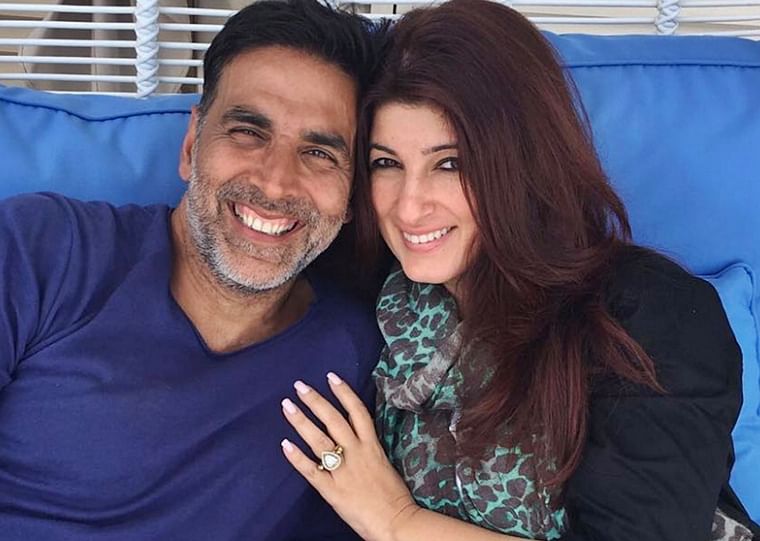 Time to file for bankruptcy: Akshay Kumar is every husband ever when wifey asks 'How much do you...