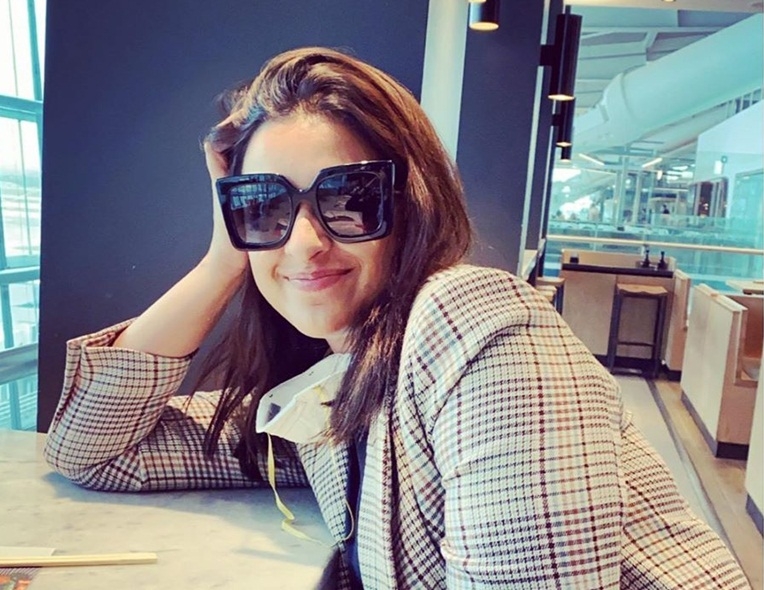 'Jabariya Jodi' actress Parineeti Chopra's latest Instagram post is proof that she's a Potter head. The actress has been keeping her fans updated by sharing glimpses of her California vacation. On Sunday, she shared another post which proves that she's a Harry Potter fan.

Parineeti Chopra visited the Universal Studios Hollywood and being the crazy Potter head that she is, she wore a robe and even bought a wand. She shared a video and captioned it, "Anyone who knows me knows I am a Harry Potter fan (obsessed would not be an exagerration). So I went to Universal, wore his robes and bought a wand. Like a good Muggle."

The actress had earlier, also shared another picture from her vacay. Parineeti went to one of Malibu's beautiful beaches and the chirpy beauty ditched the typical beach outfit, for a shirt and boots. In the picture, she can be seen in a white shirt, black skirt and a pair of black boots. She added a Louis Vuitton Moon backpack and black sunglasses to her look. Pari can be seen enjoying a cup of coffee as she happily poses for the camera.

She captioned the picture, "Boots and a shirt to the beach. “Anyone who has an objection to this should speak up now or forever hold their peace”.

On the work front, Parineeti will essay the role of Indian badminton player, Saina Nehwal in the biopic titled, 'Saina'.

She will also be seen in an upcoming psychological thriller - 'The Girl On The Train'. The film is an official Hindi remake of the Hollywood movie of the same name, based on Paula Hawkins' 2015 bestseller. It is helmed by Ribhu Dasgupta and will hit the screens on May 8, 2020. 'Do it without your Louis Vuitton fanny pack': Parineeti Chopra trolled for coronavirus 'PSA'
Advertisement