'Gods must love me': Riteish Deshmukh pens a loved-up birthday post for his 'baiko' Genelia

On the occasion of actor Genelia Deshmukh's birthday, her husband and actor Riteish Deshmukh treated fans with an adorable video.
ANI 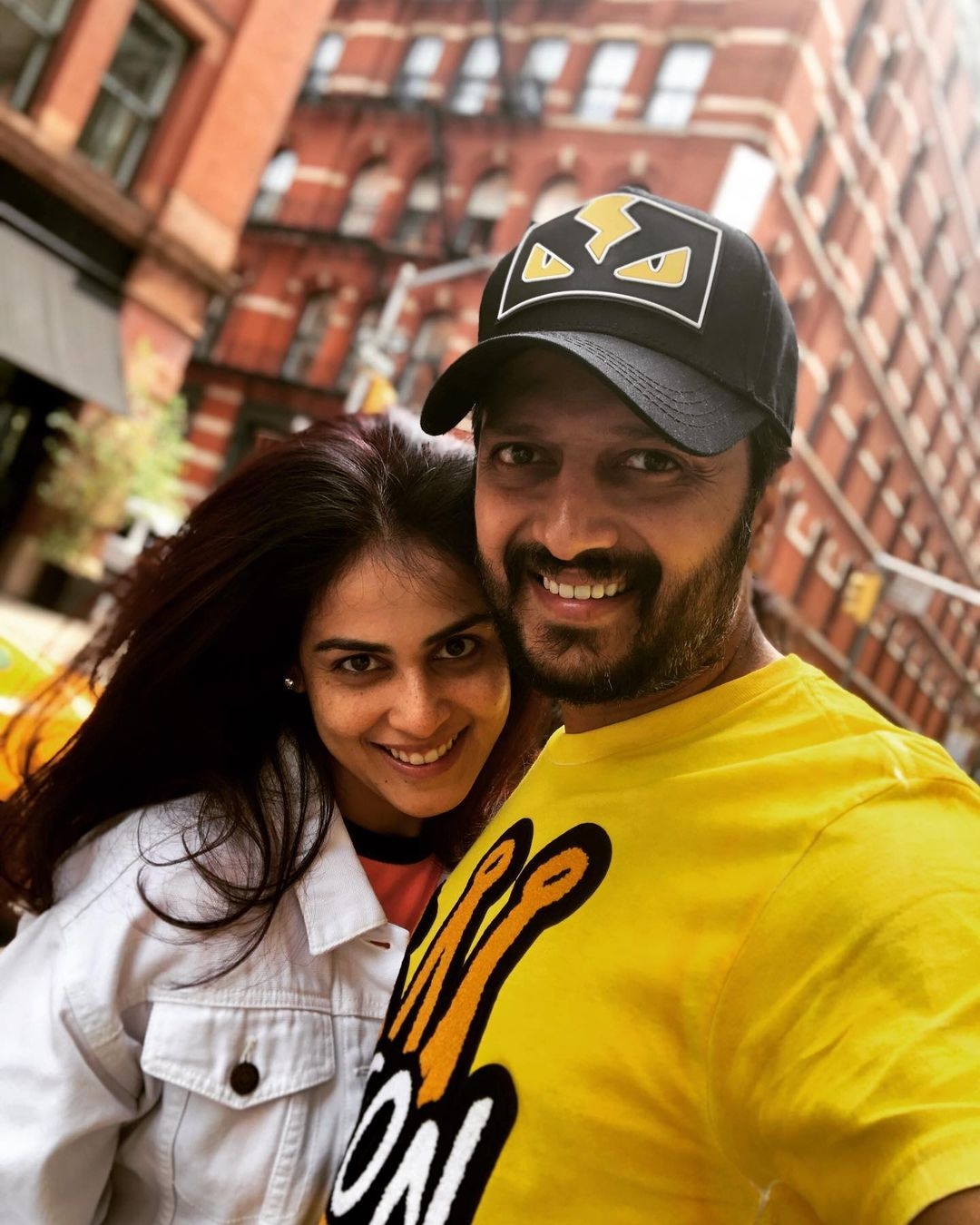 On the occasion of actor Genelia Deshmukh's birthday, her husband and actor Riteish Deshmukh treated fans with an adorable video.

From dancing with each other on Bollywood songs to hugging and kissing each other, the video clip comprised the beautiful moments that two have spent together in the past 20 years.

Alongside the clip, Riteish penned a sweet note for his Baiko, thanking her for being 'the wonderful partner'.

"Gods must love me. There is no greater feeling than waking up every morning and seeing your face. Inching towards 20 years of being together and feels like it was yesterday.. thank you for being the wonderful partner that you are- happy birthday baiko!!! You are looking younger by the day ... can't say the same about me... soon people will say Genelia ke saath ye uncle kaun hai (who is this uncle with Genelia)," he quipped.

Riteish's birthday post for Genelia garnered a lot of likes and comments from social media users, including members of the film industry.

"Thank you my most favourite human being..I found you and I found my entire world. Thank you for being the reason I feel good through each year of growing up..Love you more than me," she responded.

Genelia, who turned 34 today, is best known for her films 'Tujhe Meri Kasam', 'Bommarillu', 'Jaane Tu Ya Jaane Na' and 'Force'. It's been a long time since Genelia, the mother of two sons, appeared on the big screen in a lead role. However, she was last seen in a cameo in a Marathi film called 'Mauli