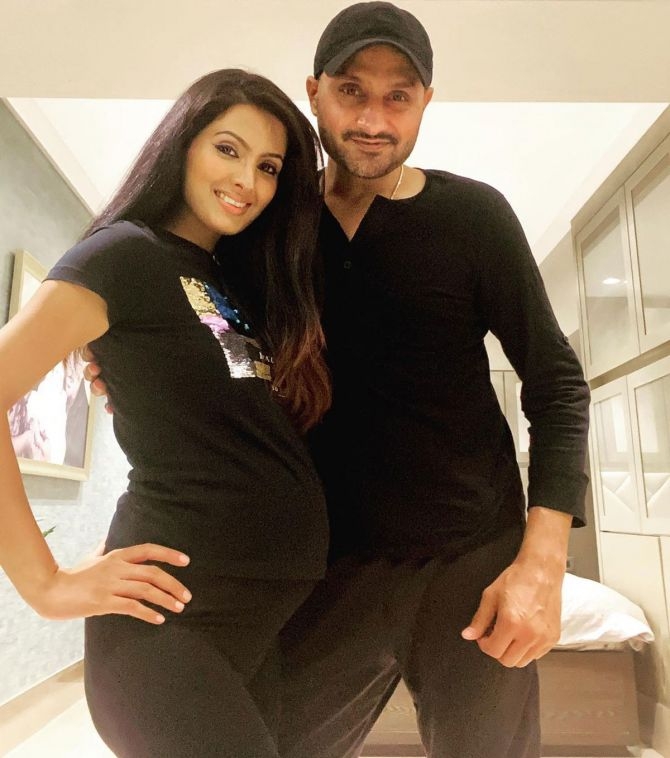 Actress Geeta Basra, who recently gave birth to her second child, revealed that she suffered two miscarriages before her second pregnancy.

Former Indian cricketer Harbhajan Singh and his wife, actress Geeta Basra, were blessed with a baby boy on July 10.

Geeta Basra, in an interview with ETimes, shared that the first miscarriage happened in 2019 and she suffered another one last year, when she was in her first trimester. The actress said that her husband Harbhajan Singh was by side, however, the last two years have been 'traumatic' for her.

Basra opened up about how the hormonal changes affected her and said that she managed to maintain her composure. "I kept myself strong and did not allow that meltdown to happen," she told the outlet.

Geeta said that Harbhajan told her that they will be blessed with another baby when "God has planned for it" and they are extremely happy after the birth of their 'rainbow baby' Jovan. Harbhajan and actress Geeta Basra tied the knot on October 29, 2015, at the cricketer's native place in Jalandhar, Punjab. The couple also have a daughter, Hinaya, who was born in July 2016.

The veteran off-spinner announced the arrival of their second child on social media last month.

Taking to Twitter, he wrote, "Blessed with a baby boy #grateful #babyboy. shukar aa Tera maalka." Harbhajan also shared a statement that read, "A new little hand for us to hold, his love is grand, precious as gold. A wonderful gift, so special and sweet. Our hearts are full, our lives complete. We thank almighty for blessing with a healthy baby boy. Both Geeta and the baby are doing well."

"We are overwhelmed with joy and would like to extend our gratitude to all our well-wishers, for their constant love and support," added Harbhajan.

Meanwhile, on the work front, while Basra was last seen in the 2016 Punjabi film 'Lock', Singh is gearing up for his full fledged acting debut in multi-lingual movie 'Friendship'. The film is slated to release later this year in Hindi, Tamil, Punjabi and Telugu. Geeta Basra reveals Harbhajan Singh would want their son to be a cricketer; says he’s up at night...