Some of the stars who passed away lost the battle to COVID-19, others died due to various reasons.
FPJ Web Desk 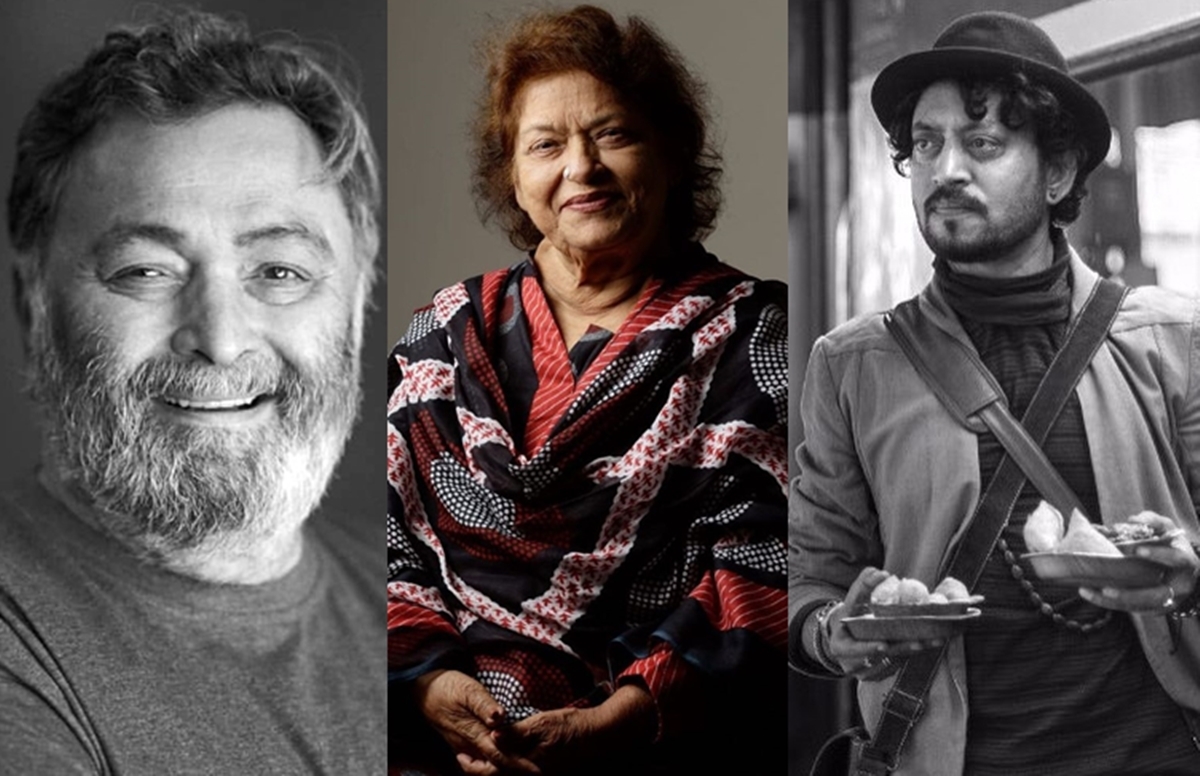 The year 2020 was more about losses than gain, especially due to the pandemic. While some of the stars who passed away lost the battle to COVID-19, others died due to various reasons.

FPJ recounts the stars who bid goodbye to fans and families this year.

It was initially thought that he died by suicide on June 14, but a probe into his death is still on. He was 34. Sushant became a household name after starring as Manav Deshmukh in the TV series, "Pavitra Rishta". In 2013, he moved on to the big screen with "Kai Po Che!" and was then seen in a string of films such as "Shuddh Desi Romance", "M.S. Dhoni: The Untold Story", "Detective Byomkesh Bakshy!", "Drive", "Kedarnath", "Chhichhore" and "Dil Bechara".

In 2018, he was diagnosed with cancer for the first time, following which he was in New York for nearly a year to undergo treatment. He returned to India in September 2019. But he ultimately passed always on April 30. He was 67. Rishi Kapoor shot to fame playing a teen icon in his debut film "Bobby". He became popular as a romantic hero in numerous hits of the seventies, eighties and the nineties. In the last few years, he also impressed with negative roles in "Agneepath" and "D-Day".

Actor Irrfan Khan breathed his last on April 29. He was admitted to Dhirubhai Ambani hospital with a colon infection. He was 54. The actor had been battling neuroendocrine tumour for several years and had been under medical attention. Irrfan knew how to balance commercial films such as "Hindi Medium", "Angrezi Medium" and "Life In A Metro", along with critically acclaimed ones like "Maqbool", "Paan Singh Tomar" and "Qissa".

Contemporary Indian dancer Astad Deboo, known for amalgamating Indian and western dance techniques, died on December 10. He was 73. He was suffering from lymphoma, a type of blood cancer that develops when white blood cells called lymphocytes grow out of control, a close family friend said. Deboo employed his training in Indian classical dance forms of Kathak as well as Kathakali to create a unique fusion dance form.

Wajid Khan of the popular sibling composer duo Sajid-Wajid died on June 1. On June 5, his family informed that Wajid had died due to cardiac arrest. Sajid-Wajid are best known for their songs in Salman Khan-starrer "Dabangg" films.

The legendary filmmaker passed away at 93 owing to age-related ailments on June 4. He is among the filmmakers who made the common man a hero of Hindi commercial cinema. He is best known for films like "Rajnigandha", "Chitchor", "Khatta Meetha", "Priyatama", "Shaukeen" and "Chameli Ki Shaadi". His last directorial was the 1997 film, "Gudgudee".

The television actress and host is best known for starring in the Tamil show "Pandian Stores". She was found dead at a hotel room in Chennais Nazrathpet on December 9. According to TNM, the Chennai police have concluded that Chitra died by suicide, but her relatives have alleged foul play. She was 29.

Veteran Hindi and Marathi actor passed away on December 6 in Mumbai owing to a cardiac arrest. He was 84. Patwardhan was taken to a private hospital after he complained of breathing trouble. Patwardhan was a familiar face in Marathi cinema and television since the late seventies with character roles, often playing the judge, lawyer, village headman, policeman or the patriarchal head of a family. Patwardhan also acted in several Bollywood films including "Tezaab", "Narasimha", "Chamatkar", "Thakshak", "Yeshwant", "Pratighat", "Mujrim", "Hafta Bandh", "Salaakhen", "Yugpurush", and "Raju Ban Gaya Gentleman".

The legendary actor died on November 15. He was 85. The Dadasaheb Phalke recipient was in the Intensive Care Unit (ICU) of Kolkata's Belle Vue Hospital for almost 40 days. His condition had remained a matter of concern owing to co-morbidities and advanced age. His key problem was Covid-19 encephalopathy. Chatterjee tested positive for coronavirus on October 5 and got admitted to the hospital the very next morning. He was shooting for a documentary titled "Abhijan" directed by actor Parambrata Chattopadhyay. The last time he was at the shooting floor was in Bharatlaxmi Studio on October 1. The next shooting schedule was fixed on October 7.

Basra, 53, allegedly committed suicide on November 12 at his palatial rented residence in Dharamsala, Himachal Pradesh, where he was staying for nearly four years, the police had said. He committed suicide by hanging himself with a leash of his pet dog, the police had told IANS. Known for his character roles in films like "Black Friday", "Parzania", "Jab We Met" and "Kai Po Che" among many others, Basra was last seen in the Hotstar TV series "Hostages".

The famous playback singer and Padma awardee, popular as SPB or Balu in the movie world, had recorded over 40,000 songs in 16 languages over a period of five decades. He died on September 25 in Chennai. He was 74. Balasubrahmanyam was on life support measures since Aug 14 for severe Covid-19 pneumonia.

Veteran actress, who was reportedly suffering from Covid-19, died on September 22 after a four-day battle with her illness at a private hospital in Satara. She was 79. Ashalata worked in over 100 Hindi and Marathi films. Her notable Hindi films include "Apne Paraye", "Ankush", "Woh 7 Din", "Ahista Ahista", "Shaukeen", and "Namak Halal". Her Marathi films include "Umbartha", "Sutradhar", and "Vahinichi Maya". She had acted in theatre too, notably the Marathi plays "Chinna", "Gunata Hridhya He", and "Varyavarchi Varaat". She also authored a book, "Gard Sabhowati". She was last shooting for a mythological show.

The filmmaker breathed his last in a Hyderabad hospital on August 17. He was 50. Kamat was battling liver cirrhosis for the past two years. He had directed Bollywood films like the Ajay Devgn-Tabu starrer "Drishyam", Irrfan Khan-starrer "Madaari" and the John Abraham films "Force" and "Rocky Handsome" among others. His Marathi films, "Dombivali Fast" and "Lai Bhaari" won critical and commercial success cutting language barriers.

The veteran actress passed away on July 28. Her family stated brief illness as the cause of her death. Kum Kum was spotted by Guru Dutt, who was hunting for a good dancer to picturise the immortal song "Kabhi aar kabhi paar" for his 1954 film, "Aar Paar". Dutt finalised Kum Kum and the song went onto become a superhit. Dutt then cast her in his 1957 classic, "Pyaasa". Kum Kum also worked with Shammi Kapoor in "Mem Saheb" (1956) and had a lead role opposite the actor "Char Dil Char Raahein" (1959). She had also featured in movies such as "Mr. X In Bombay", "Mother India", "Son Of India", "Kohinoor", "Ujala", "Naya Daur", "Shreeman Funtoosh", "Raja Aur Runk", "Lalkaar", and "Geet".

The Veteran Bollywood comedian died in Mumbai on July 8 owing to age-related health problems. He was 81. Born on March 29, 1939 as Syed Ishtiaq Ahmed Jafri in Amritsar, Jagdeep acted in over 400 films. He is best known for his role of Soorma Bhopali in Ramesh Sippy's blockbuster "Sholay" (1975). Nineties kids would recall him as Salman Khan's father in Rajkumar Santoshi's "Andaaz Apna Apna" (1994). His last-released film is "Masti Nahi Sasti" in 2017. The Ali Abbas Chaudhary-directed comedy also featured Kader Khan, Shakti Kapoor, Johnny Lever and Prem Chopra.

The ace choreographer passed away after a cardiac arrest on July 2. She was 71. Khan had complained of breathing for a while, following which she was admitted to Mumbai's Guru Nanak Hospital. Khan, fondly called Masterji in Bollywood, had called the shots in over 2000 songs spanning over three and a half decades. Although Khan started out in the early seventies, she really became a household name in the mid to late eighties, first directing dances for Sridevi, and then Madhuri Dixit. Her choreography for films like "Nagina", "Mr India" and "Tezaab" are still copied by many fans.

Legendary classical vocalist and Padma Vibhushan recipient Pandit Jasraj passed away in the US at the age of 90 on August 17. Born in 1930 in Haryana, the celebrated classical singer presented the Mewati Gharana to the global music connoisseur. With a career spanning 80 years, Pandit Jasraj's oeuvre ranged from the world stage to Indian film music.

Bollywood actress Arya Banerjee aka Devdatta Banerjee who worked alongside Vidya Balan in the film ‘The Dirty Picture’, was found dead on December 12, at her apartment in Jodhpur Park, South Kolkata. Arya essayed the role of Shakeela in the film. She was the youngest daughter of sitar player Pandit Nikhil Banerjee. She made her Bollywood debut with the film 'Love Sex Aur Dhoka'. 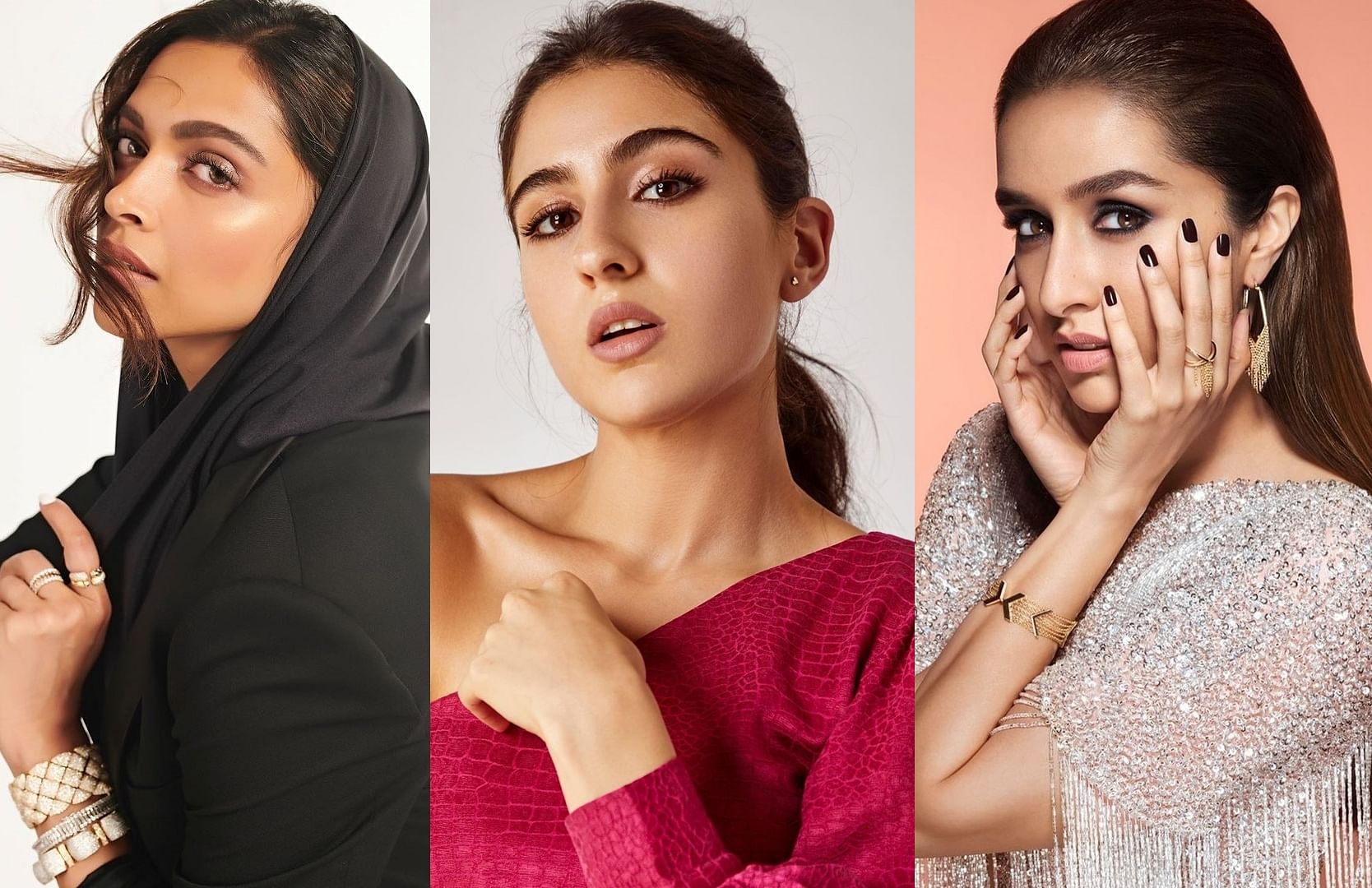