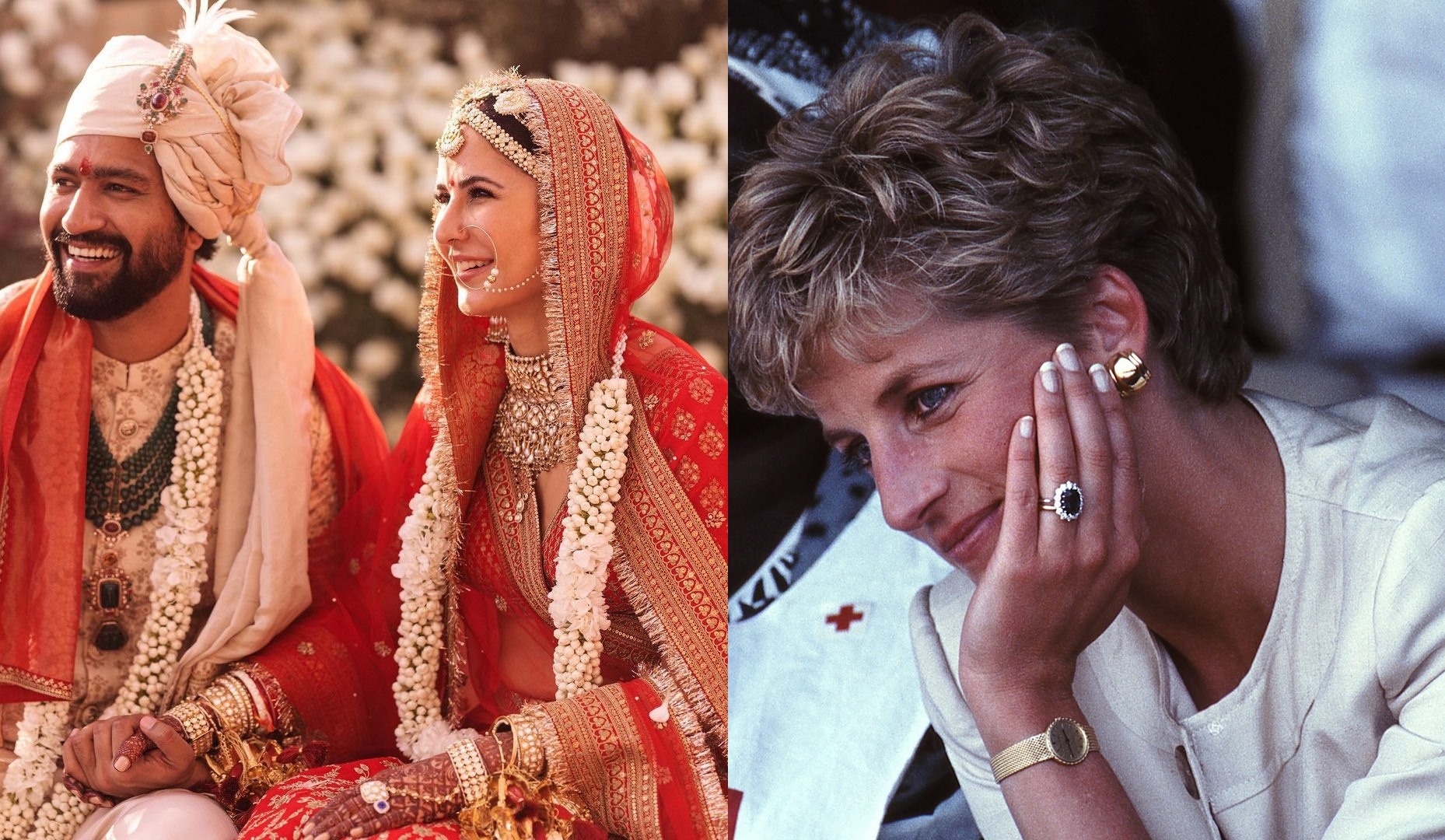 It was D-Day for Bollywood actors Katrina Kaif and Vicky Kaushal. The couple finally made their relationship official by posting a series of mesmerizing wedding pictures from their royal ceremony in Rajasthan.

Sharing the same caption, Vicky and Katrina wrote, “Only love and gratitude in our hearts for everything that brought us to this moment. Seeking all your love and blessings as we begin this new journey together.” 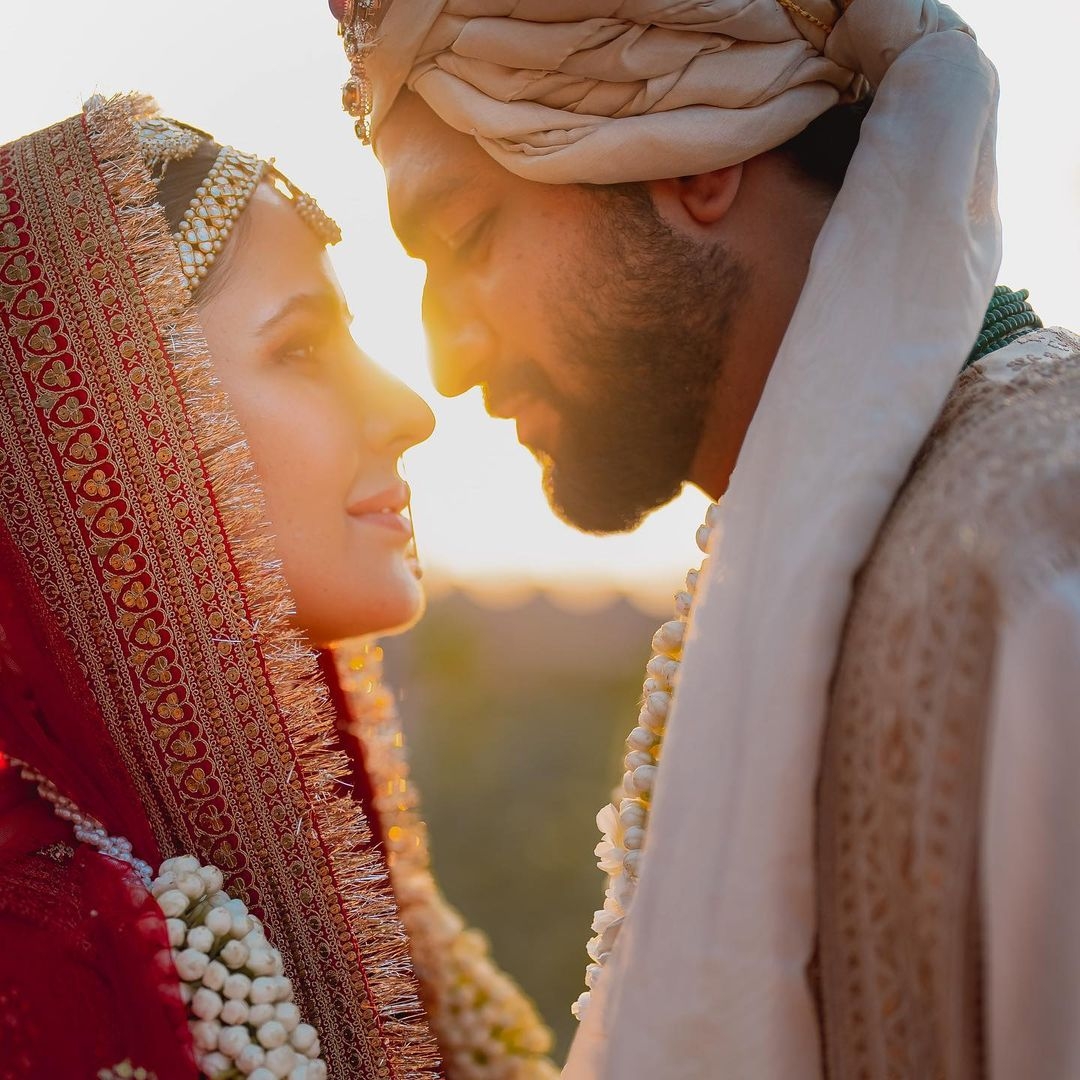 For the wedding, Katrina wore a custom Sabyasachi ensemble. Her jewellery was also from the designer including the mangalsutra which included the couture maverick’s iconic royal Bengal tiger. 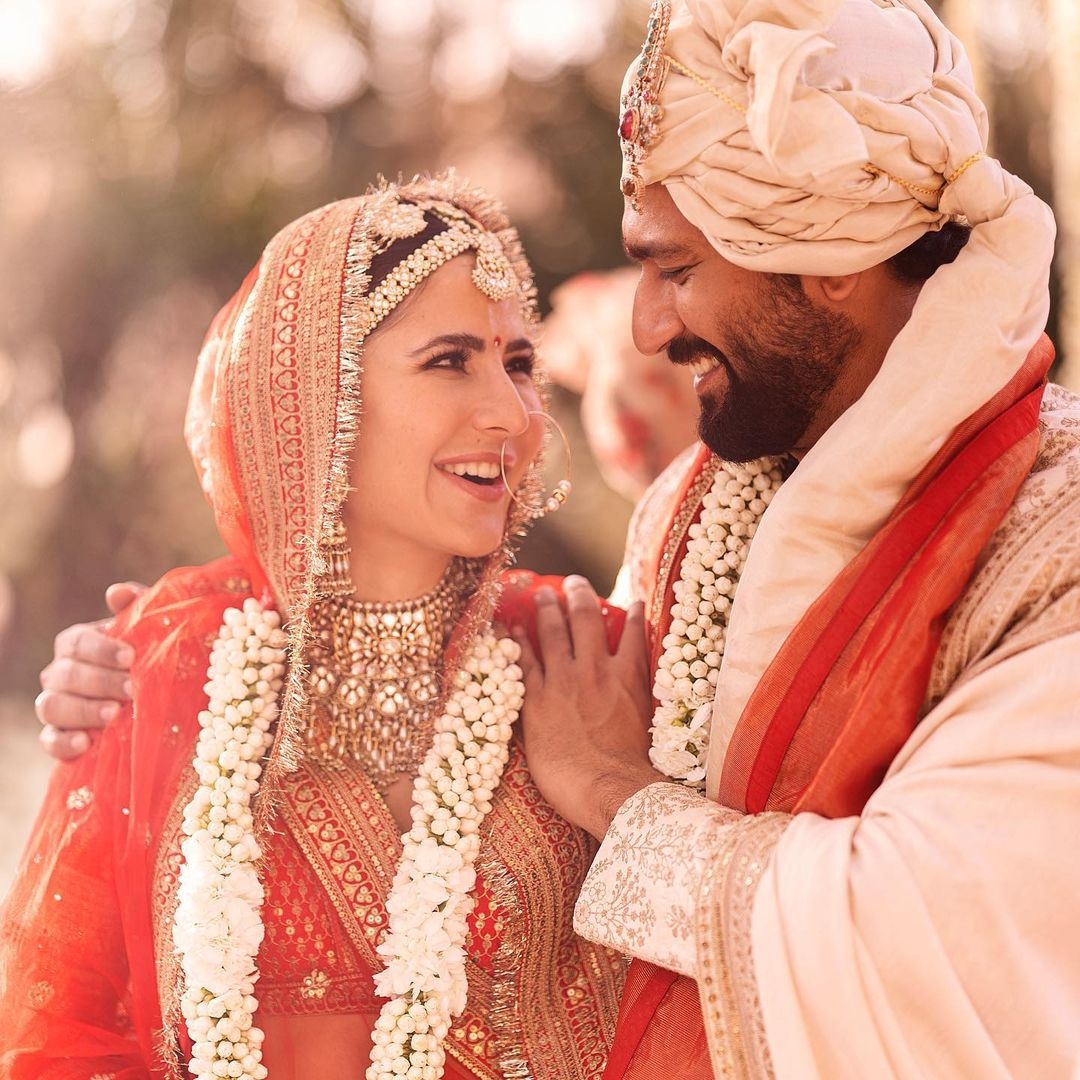 For her kaliras, Katrina opted for Mrinalini Chandra, who customised them with messenger doves. 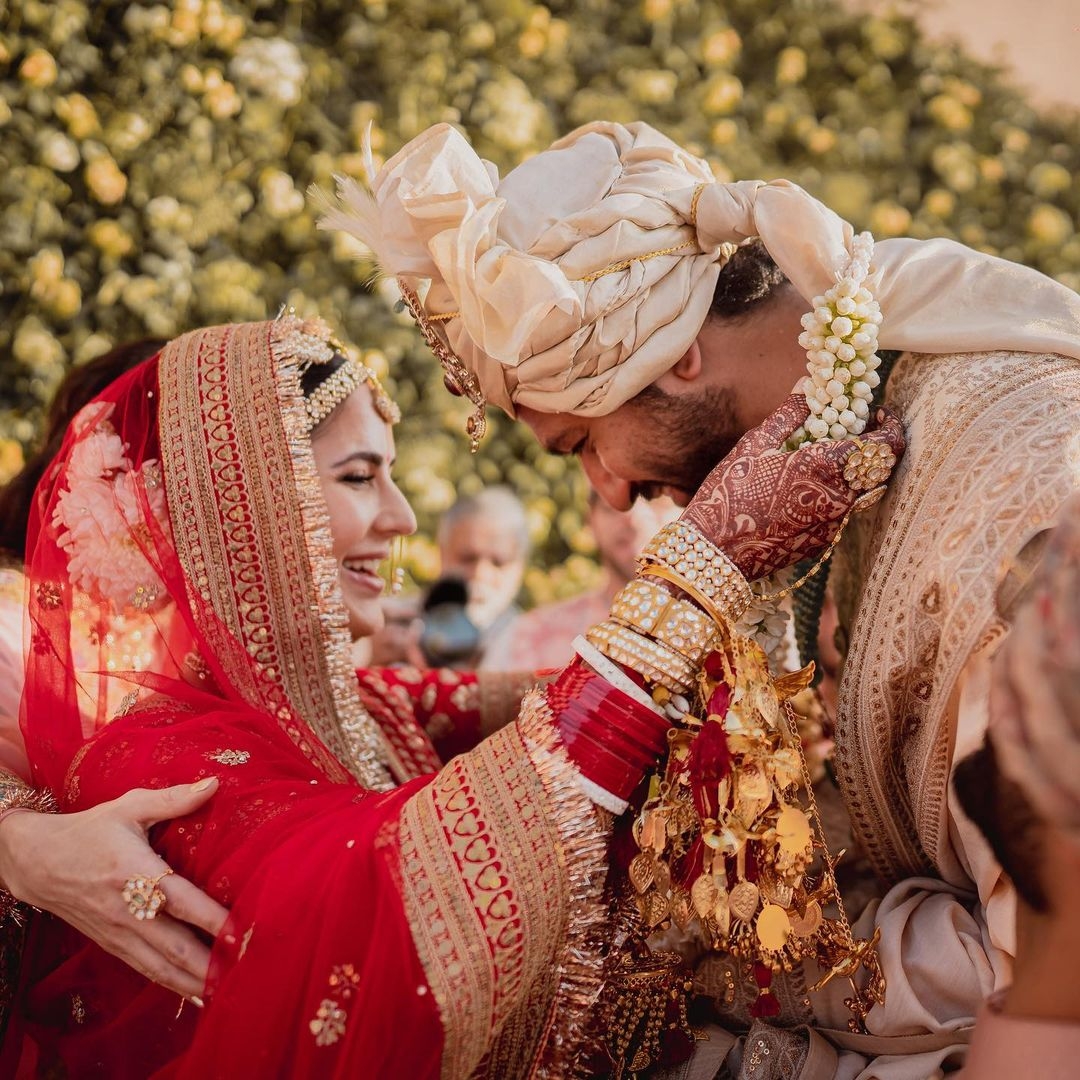 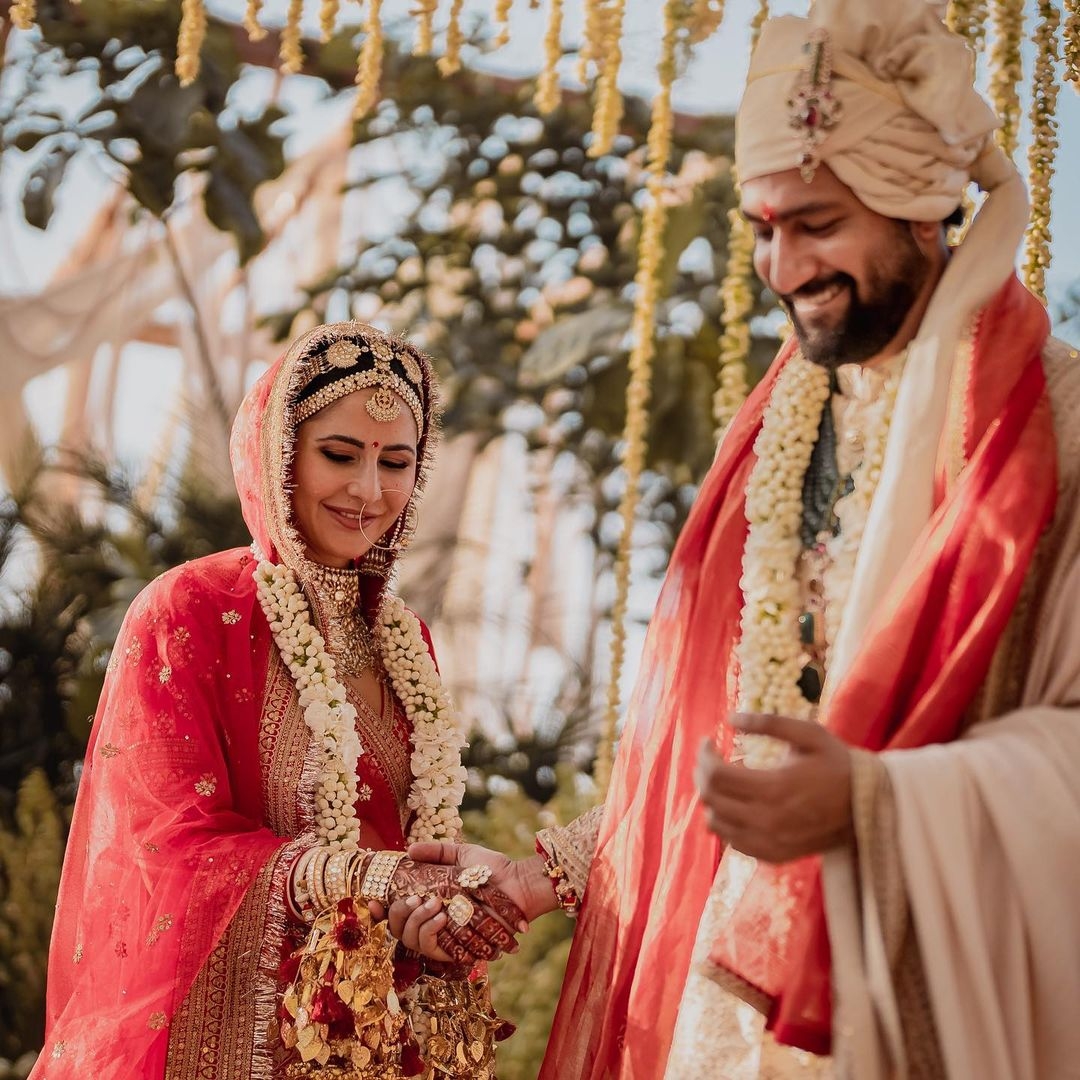 Not to mention, the actress’s engagement ring is similar to that of Princess Diana, who also wore a blue sapphire with diamonds along the side (currently worn by Kate Middleton). 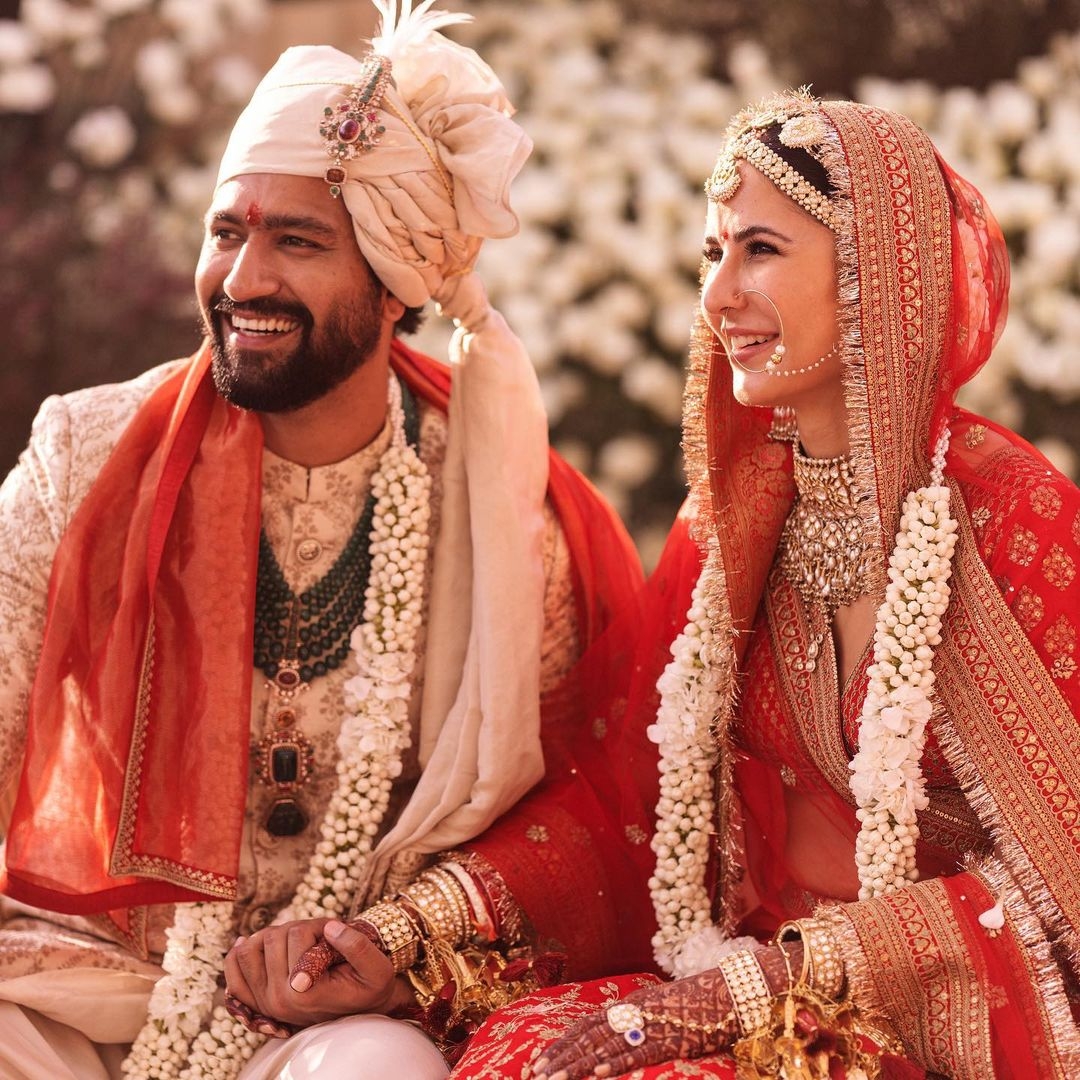 The other pictures that leaked from the wedding showed guests hanging out in the balcony of the heritage property.

The wedding rituals, according to reports circulating online, got over around 5.30 PM at the posh Six Senses Fort Barwara, a Fort converted into a hotel in Rajasthan and about 120kms from Jaipur.

Kaif, 38, and Kaushal, 33, have been dating for more than a year without much details available to the media, much like their high-profile wedding.

While the arrangements and guest list for the wedding were closely guarded, friends and colleagues of the couple, including Kaif's frequent collaborator filmmaker Kabir Khan, his actor wife Mini Mathur, director Vijay Krishna Achara of "Dhoom 3" and "Thugs of Hindostan" fame, actor couple Neha Dhupia and Angad Bedi were among those attending the wedding.

The big fat wedding of B-town was constantly in news, sparking media attention and even memes around the couple's three-day elaborative festivities, such as sufi theme for sangeet, no camera policy, guests required to sign an NDA or the couple selling their wedding photo rights and streaming rights for huge amounts. 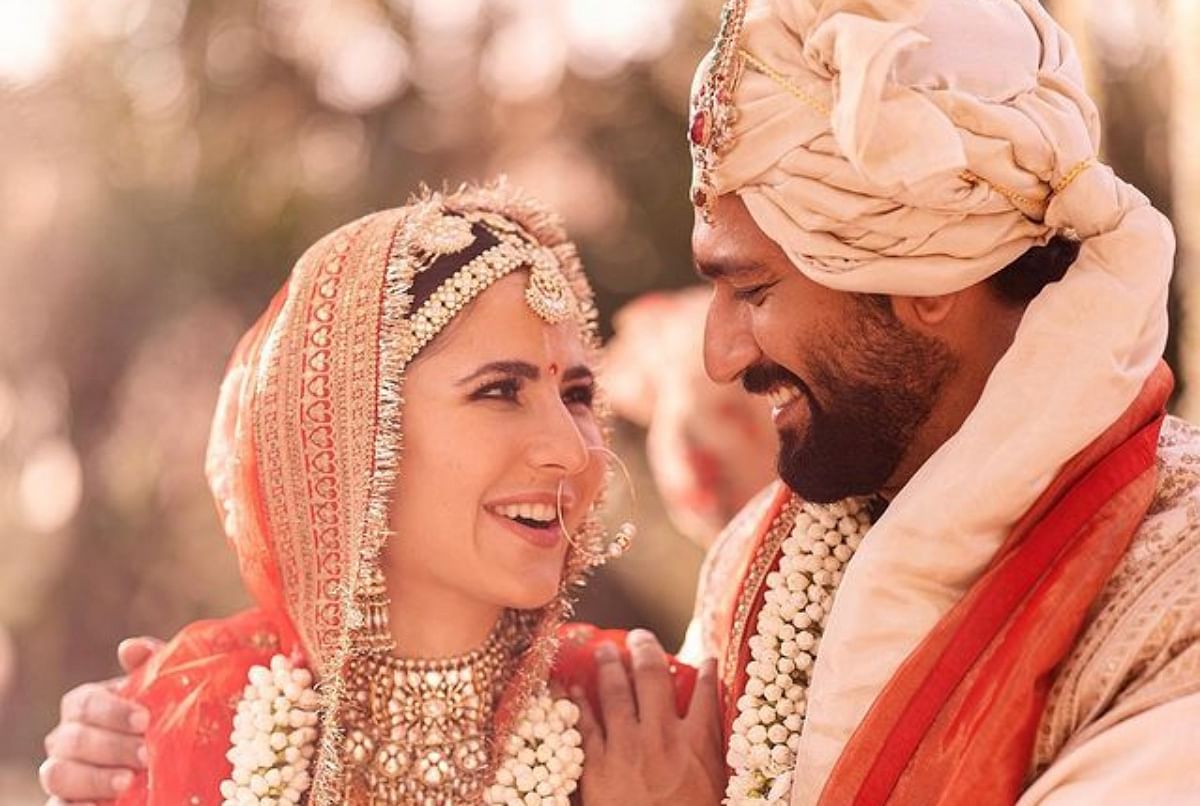 'You guys deserve nothing but the best': Janhvi Kapoor, Varun Dhawan and other celebs congratulate...