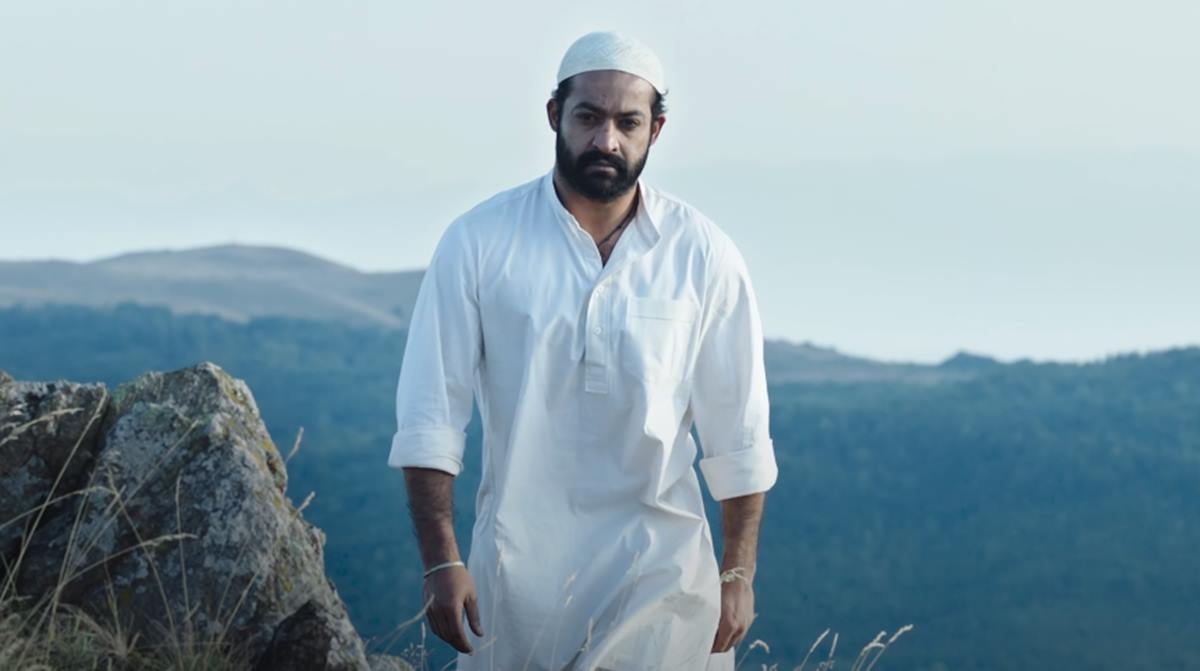 Filmmaker SS Rajamouli and the team of the upcoming film, RRR, unveiled the first look of actor Jr. NTR in the film.

Jr. NTR plays the revolutionary Komaram Bheem in the film, and his look suggests a powerful role, distinct from all the other characters he has ever played.

NTR took to Twitter where he shared his look and captioned: "Bheem for you all."

Now, BJP MP and Adivasi leader Soyam Bapu Rao threatened to arson cinema halls if the filmmaker portrays Bheem as a Muslim in the film.

The Adilabad MP said in an interview that the film has completed 40% of its shoot and 60% is left. He added that the makers can remove the surma, skull cap and pyjama to show a genuine portrayal of Bheem. If they fail to do so, he will not let it get released and will not hesitate to burn down theatres.

Who was Komaram Bheem?

Born into a family of Gond Tribals, Bheem was a leader of the Adivasi clan who fought against the Asaf Jahi dynasty for the liberation of Hyderabad. He fought against the Nizam rule in a guerrilla campaign by living in the forest.

He gave the slogan of "Jal, Jangal, Zameen" which meant that people who who live in forests should have rights on all the resources.

He is worshipped by the Gond Adivasi community.

Bheem was killed by the Nizam army on October 27, 1940, after years of evading arrest.

"Had the director and writers consulted us for research information about our hero, we would have helped them out. Bheem fought for the land, water and other resources of tribals. Representing him as a minority community member is nothing but a distortion," Sone Rao said in a video.

He added, "By misrepresenting a hero we all worship as a god, the film has offended us Adivasis. We request Rajamouli to withdraw the Muslim get-up. If he doesn't withdraw the look, we will surely protest against the movie."

On the other hand, Akash Poyam, founder and editor of Adivasi Resurgence, who belongs to the Gond tribe wrote in his article, “When, Gond Adivasis are not even Hindus, how does Bheem become a Hindu icon leading the battle against ‘Islamist’ oppression? Which part of Bheem’s history suggests that he endorsed to ‘Hindu’ religion or fought for Hindu rights?

“These claims are mere propaganda to associate Bheem into Hindu nationalist discourse by manipulating history. Bheem’s movement against Nizam was solely born out of ‘denial of basic Adivasi rights over land, recourses and demand for autonomy’,” he added.

Rajamouli said that "RRR" will be a fictional story set in 1920s pre-independent era and it will be based on few years in the lives of two real heroes and well-known revolutionaries -- Alluri Sitarama Raju who fought against the British rule and Komaram Bheem who stood against the Nizam of Hyderabad.

"This will be a fictional story on the lives of Alluri Sitarama Raju and Komaram Bheem. There are gaps in the lives of these legendary freedom fighters that we don't know about.

"Bahubali" maker Rajamouli is presently shooting in Hyderabad with Ram Charan and NTR for the film. After taking a very long break forced by the pandemic, the film's team got back to the sets with necessary precautions in place.

Alia Bhatt, who plays the female lead, will join the unit in November. Ajay Devgn and Olivia Morris will join in upcoming schedules subsequently.

RRR is set for a 2021 release in Telugu, Hindi, Tamil, Malayalam and Kannada, besides other Indian languages.

The film is a massive production that is being made on a rumoured budget of Rs 450 crore. 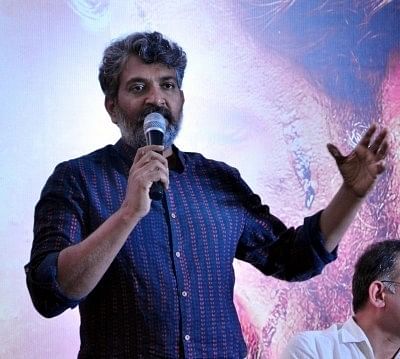