'Don't use cars for 3 days': Kangana slams 'environment activists' asking for firecrackers ban ahead of Diwali 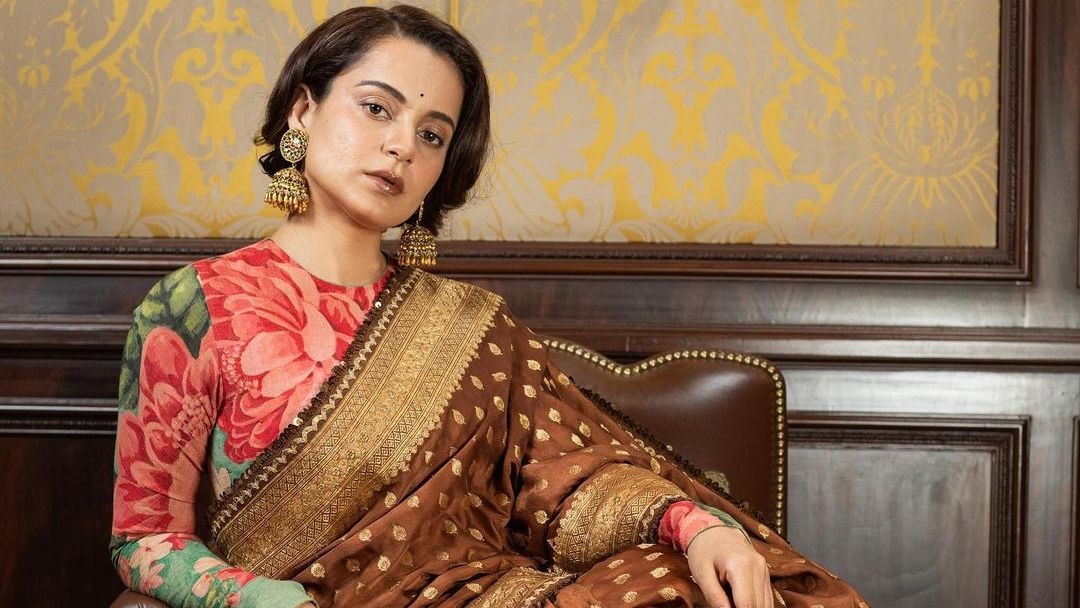 Bollywood actress Kangana Ranaut has an advice for the environmental activists who are concerned about pollution with the bursting of firecrackers during Diwali.

On Wednesday, Kangana took to her Instagram stories and shared a video of Sadhguru talking about the ban on firecrackers while reminiscing his childhood memories of Diwali. In the clip, he is seen talking about how he would look forward to light firecrackers months before Diwali and would save some for later as well.

Kangana took a direct dig at people supporting the ban on firecrackers ahead of Diwali and wrote, "He is the man who caused world record of green cover by planting millions of trees."

She added, "Perfect answer to all Diwali environment activists walk to your office don't use cars for three days." 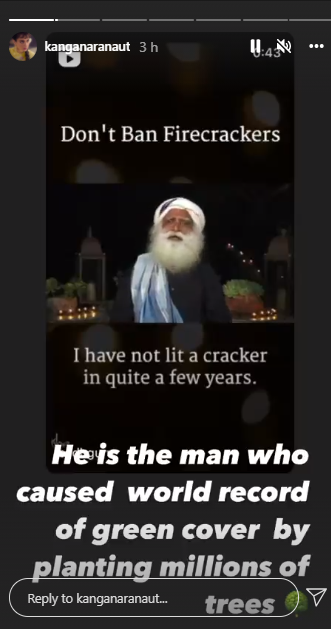 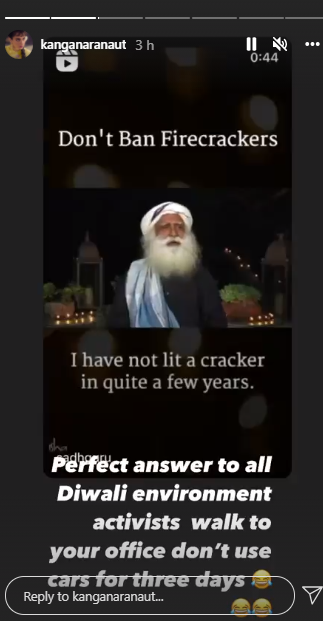 It may be mentioned that film producer and actor Anil Kapoor's daughter Rhea Kapoor penned down a strong note calling out the tradition of bursting fireworks as ‘outdated’ and an ‘irresponsible’ part of the Diwali celebration.

"Bursting crackers is not only dated but grossly ignorant, inconsiderate and irresponsible. Stop doing it, it’s so 19-never," she wrote. 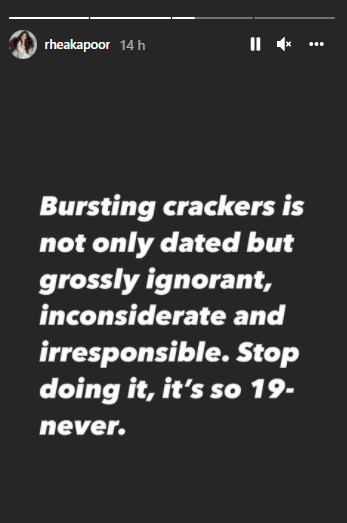 On the work front, Kangana, who recently received the National Film Award for 'Manikarnika' and 'Panga', is enjoying the success of her latest film 'Thalaivii'. In the film, Kangana essayed the role of late Tamil Nadu chief minister J Jayalalithaa. The film got a theatrical release and was later released on Netflix.

Kangana will next be seen in films like 'Dhaakad', 'Tejas', 'Manikarnika Returns: The Legend Of Didda', 'Emergency' and ' The Incarnation: Sita.' 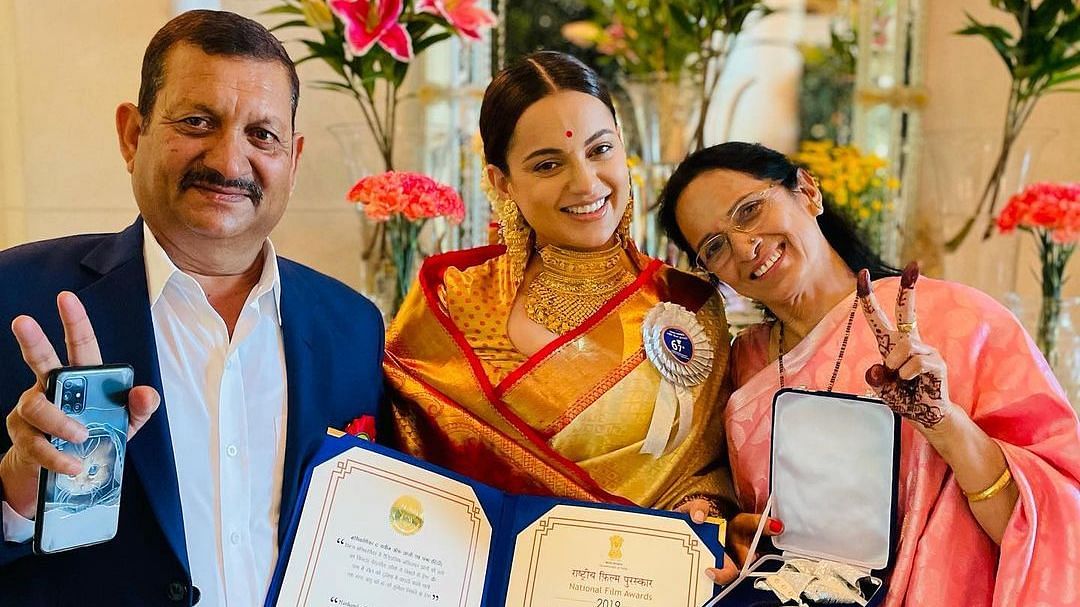 'After all the troubles I give...': Kangana Ranaut pens emotional note for her parents after 4th...