'Don't think it is in good taste': Hema Malini reacts to Minister comparing her cheeks to smooth roads 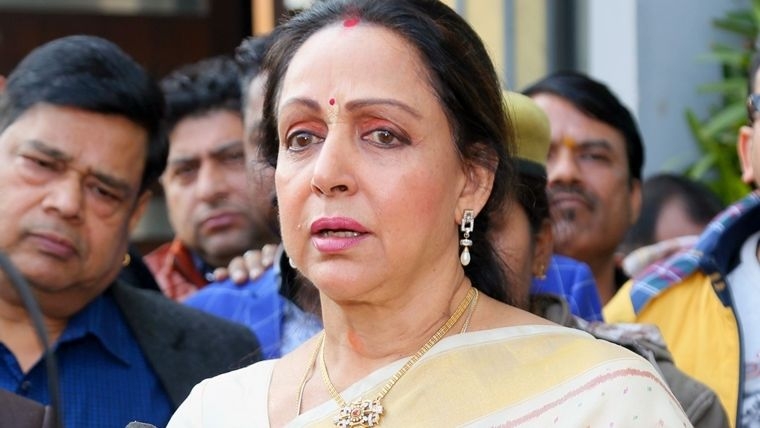 Hema Malini, who is a BJP MP, found the statement distasteful.

In an interview with ANI, the actress stated, "Better I keep my cheeks safely. A trend of such statements was started by Lalu Ji years ago and many people have followed this trend. This should not be done. Such comments are not in a good taste. Any woman should not be used to making such comments."

"Waise karna nahi chahiye. If it is a Member of Parliament or anybody connected to our constituency (who says it), I don’t think it is in good taste. Any woman should not be used for saying (such things)," she added.

However, after making the statement, the minister apologised and said that he did not mean to hurt anybody.

Hema is known for starring in superhit films such as 'Dream Girl', 'Seeta Aur Geeta', 'Sholay', and 'Baghban' among others.

She made her directorial debut in 1992 with 'Dil Aashna Hai', starring Shah Rukh Khan and Divya Bharti. The veteran actress was last seen on the big screen in 'Shimla Mirchi', co-starring Rajkummar Rao and Rakul Preet Singh. Happy Birthday Hema Malini: A look at some of her iconic dialogues