'Hopefully Rahul will be PM one day': When JNU saviour Deepika batted for former Cong President

"I don't know much about politics, but from whatever I see on TV; whatever Rahul Gandhi is doing makes him a classical example for the youth. Hopefully, he will be prime minister one day," Deepika told Doordarshan in an interview.
FPJ Web Desk 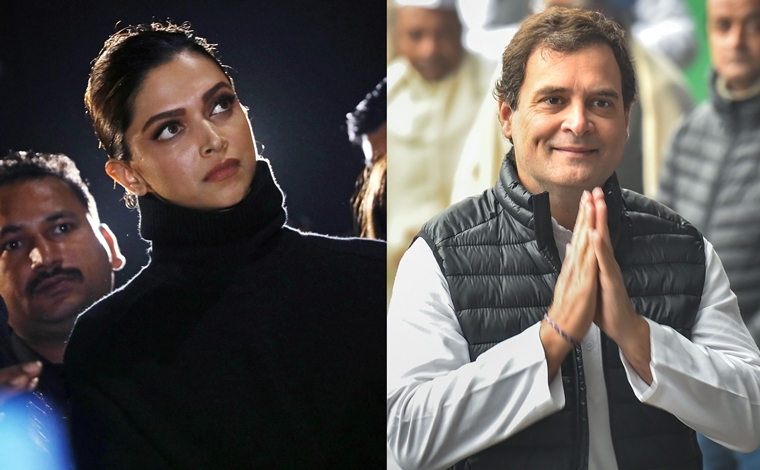 'Hopefully Rahul will be PM one day': When JNU saviour Deepika batted for former Cong President |

In what felt like a tipping point in the students protests across the country, Bollywood star Deepika Padukone visited JNU to express solidarity with the students who were attacked by a mob.

While the actor has rarely been political, in 2010 she did endorse Rahul Gandhi for PM during an interview on Doordarshan.

"I don't know much about politics, but from whatever I see on TV; whatever Rahul Gandhi is doing makes him a classical example for the youth. Hopefully, he will be prime minister one day," Deepika told Doordarshan in an interview.

"I think he connects very well with the youth. His thoughts and outlook are traditional, but at the same time he has a futuristic approach. I think this is very important for our country," added the actress who will be seen as a blind girl in her forthcoming movie Lafangey Parindey releasing Friday.

The actor reached the university campus at around 7.40 pm and attended a public meeting, called by JNU Teacher's Association and JNUSU in response to Sunday's attack on students and teachers by a masked mob armed with sticks and rods.

The actor's decision to not address the crowd prompted Ghosh to comment, "when you are in a position, you should speak up".

"There are many people in Bollywood who do not put forth their views when they are not be aired. They are considered role models. I appeal to them: Make inspiring films after something has happened but when you are in that position, also talk about the story that is currently happening," she said. 'Wish she showed maturity like Kohli': Twitterati divided over Deepika's presence at JNU

Deepika is in the capital to promote her upcoming release, Meghna Gulzar-directed "Chhapaak".

On Monday, the 34-year-old actor told a news channel that she feels proud that people have come out and raised their voice without fear, in reference to the protests against the amended Citizenship Act, the National Register of Citizens and violence in JNU.

"I feel proud to see that we aren't scared to express ourselves... I think the fact that we are thinking about the country and its future.... Whatever may be our point of view, it's nice to see," Deepika told NDTV India.

"I feel proud about it that people are coming out -- be it on the streets or wherever they are -- they are raising their voice and expressing themselves as it is important. If we want to see change in life and society, it is important that a point of view be put forward," she added. 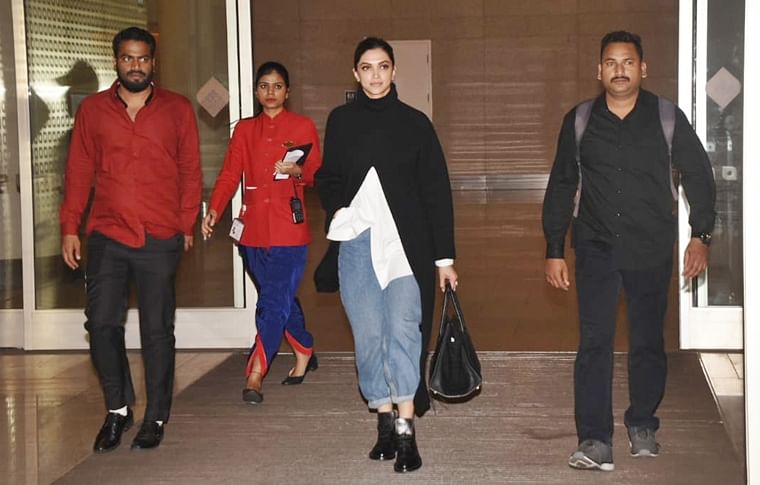 How many JNU students' fees would that pay? Deepika Padukone spotted with Rs 1.4 lakh handbag
Advertisement