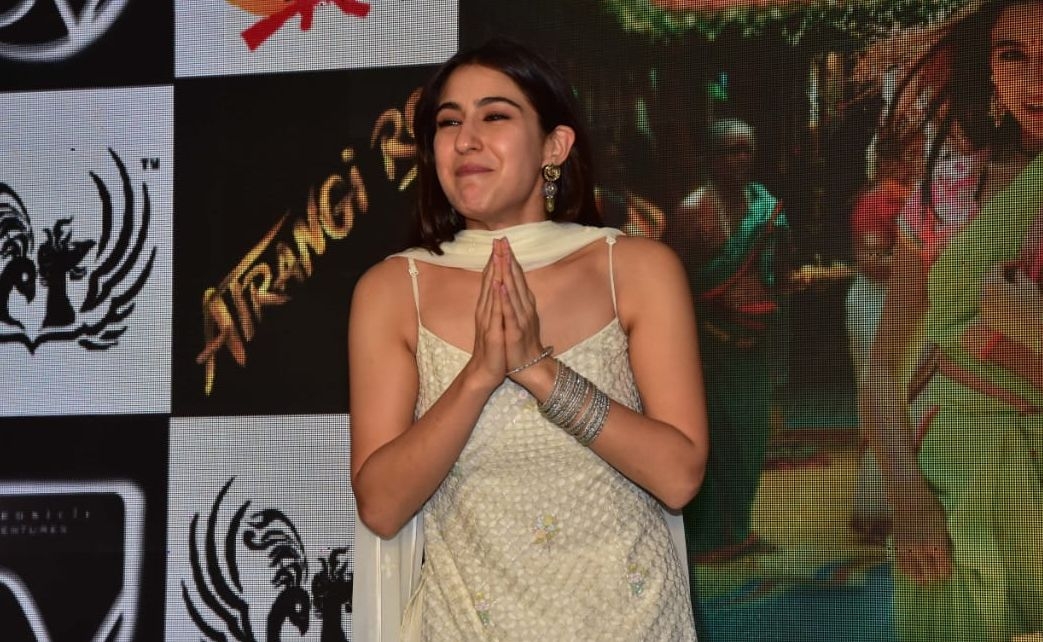 Bollywood actress Sara Ali Khan, who is adored by the paparazzi for her extraordinary greeting skills, recently stood up for one, who was pushed at an event on Monday.

Sara, who was heading back to her car, stopped in front of the shutterbugs and asked, “Woh giraya kisko aapne (Whom did you push down)?”, to which those around her say, “Koi nahi gira (no one fell down)".

The 'Kedarnath' actress hits back, “Nahi nahi, jisko giraya woh chale gaye (No no, the one who was pushed has left already).”

Sara then goes to on tell the paparazzi, “Sorry bolna please. Thank you."

The makers of the much-awaited film 'Atrangi Re' released the film's energetic first song "Chaka Chak".

In the upbeat number, Sara can be seen grooving to the beats, dressed in neon green and pink saree. The song, also featuring Dhanush, is set up in a South Indian style celebration event.

The song has been sung by Shreya Ghoshal and composed, arranged and produced by A R Rahman. The lyrics are penned by Irshad Kamil.

The trailer of Aanand L Rai's 'Atrangi Re' was released on Wednesday, giving a glimpse to the core of the film -- a complicated love triangle among the characters played by Sara, Dhanush, and Akshay.

'Atrangi Re' has been written by Himanshu Sharma and is produced by Bhushan Kumar's T-Series, Colour Yellow Productions, and Cape of Good Films.

The film is set to release on December 24 only on Disney+ Hotstar.