Swara took to the microblogging platform and posted a selfie where she can be seen wearing a saree.
FPJ Web Desk 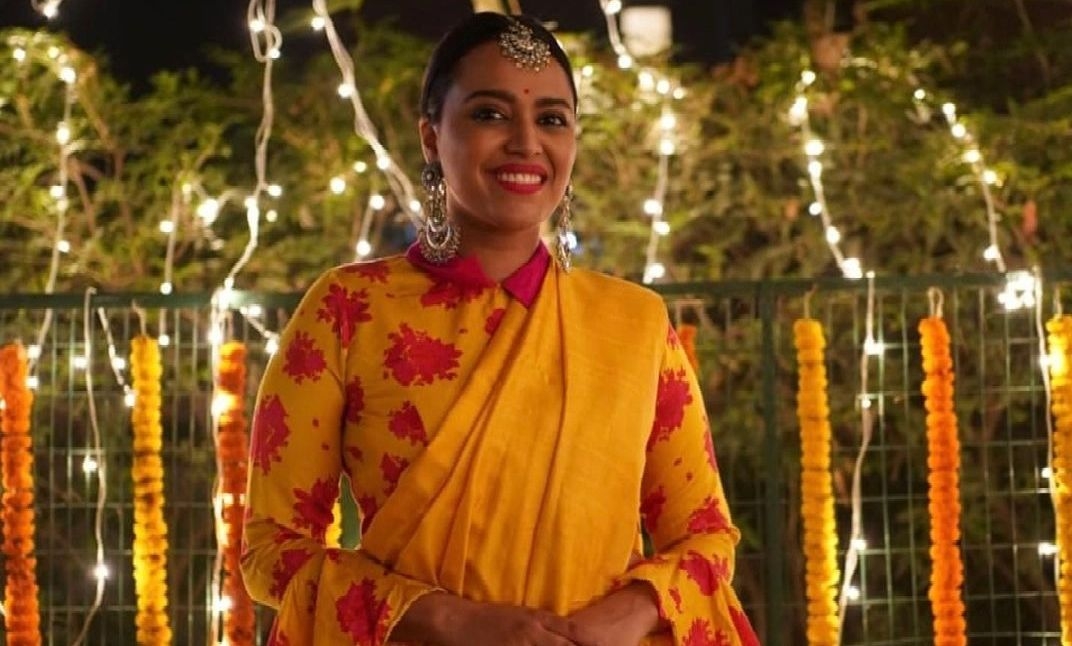 Bollywood actress Swara Bhasker, who has always been the subject of heavy trolling on various social media platforms, recently pulled up a Twitter user who commented on her sari-clad post.

Swara took to the microblogging platform and posted a selfie where she can be seen wearing a saree.

One user commented on the post stating, “My maid looks much better then you in saree. Much graceful then you.”

Swara responded to the user and replied, “I’m sure your household help is beautiful. I hope you respect her labour and her dignity & don’t act like a creep with her.” 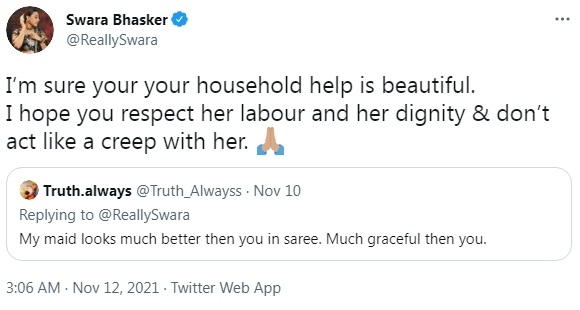 Last month, Swara filed a complaint where she has alleged that a YouTube influencer made objectionable comments against her on Twitter.

She stated that some messages doing the rounds on social media were "intended to outrage her modesty."

A police official informed that they have registered an FIR, based on her complaint, under sections 354 D and 509 of the Indian Penal Code and section 67 of the IT act. Sources said that the police have also initiated an investigation into the case.

Bhasker, 33, has always been the centre of attraction of all the trolls on social media platforms because of her open views on several political issues.

While speaking to a TV channel on Sunday, she said that this culture of trolling has become a menace these days.

Responding to a question as to why only she is being targeted by a certain section of trolls, Bhasker said that the prime reason is she engages with most of the people on social media. "I don't keep quiet, I respond," she said.