Did Sushmita Sen adopt a third child? Here's the truth

As photos of the family went viral, netizens pondered whether the little boy was Sushmita's adopted son
FPJ Web Desk 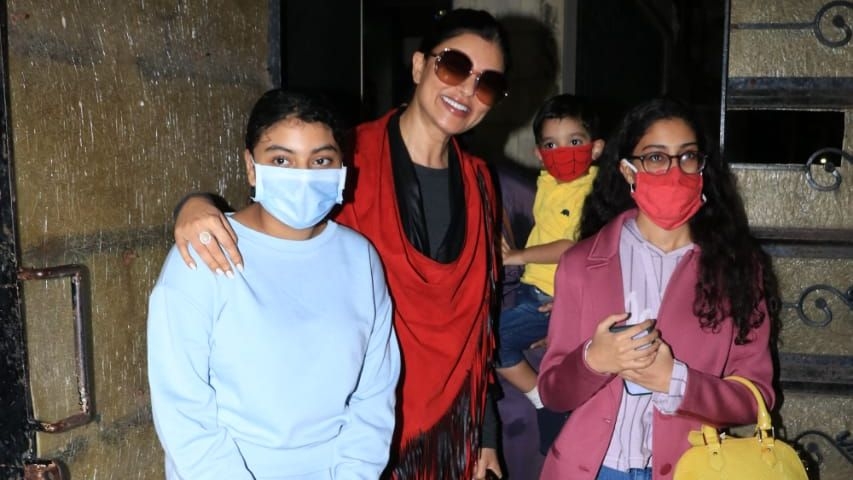 Actress and former Miss Universe Sushmita Sen shared a statement on her social media to debunk the rumours of her adopting a baby boy.

On Wednesday evening, Sushmita was spotted spending time with her family in Bandra. She was spotted with her two daughters Renee and Alisah.

As pictures of the family went viral, netizens pondered whether the little boy was Sushmita's adopted son.

Clarifying the speculations doing rounds on the internet, Sushmita shared a photo on her Instagram story and wrote that the child is her 'godson' and not her 'adopted son'.

"Having a chat with my Godson Amadeus about the random news concerning him, going viral in the media...his expression says it all!!! Picture courtesy: Sreejaya (Amadeus's mom)," she wrote. 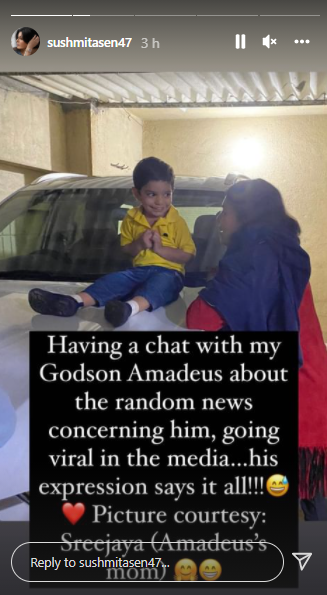 In the photo, the 'Aarya' actress can be seen chatting with the young boy, who sat atop a car bonnet.

Her little godson Amadeus is the son of her friends Shreejaya and Chaitanya.

For the unversed, Sushmita adopted Renee in the year 2000 and Alisah in 2010.

Meanwhile, on the work front, Sushmita was recently seen in the crime thriller series 'Aarya 2'. Her performance was liked was fans and critics. 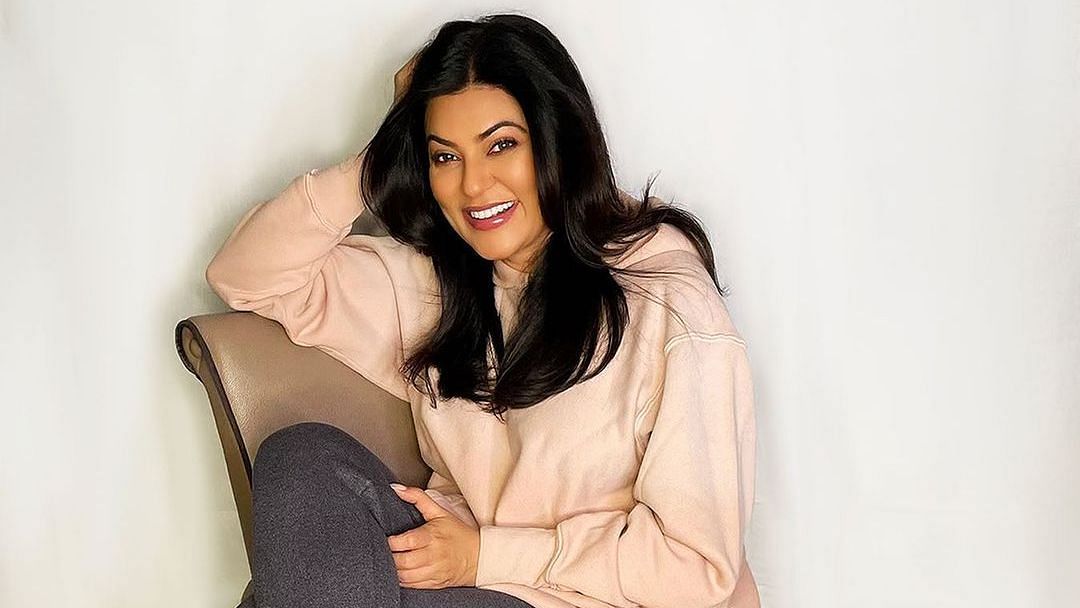