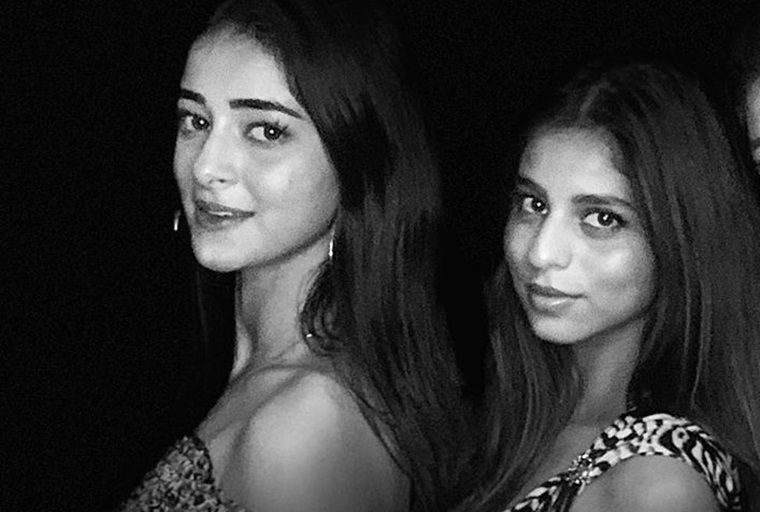 Ananya Pandey is busy promoting her film Pati Patni Aur Woh. Ananya made her debut this year with Karan Johar's Student of The Year 2. The actress has been friends with Shah Rukh Khan's daughter Suhana for a long time now and has always spoken about their friendship.

During an interaction when she was asked about Suhana's recent short film,she says," We have studied in same school and used to part of plays where she would play lead and I would be the one who would do my own thing in the background. Later we also went to New York do our film course together. She is a brilliant actor, singer and performer. She is made for the best. She has recently done a short story and is currently doing acting course New York. I hope to see her on screen soon."

Ananya is also friends with Shah Rukh's son Aryan Khan and talking about him she says," Aryan has always been interested in direction, he is good in that. But very few people know that he is a brilliant writer and writes witty stuff. He is a good actor too and he should continue with his passion."

Ananya ,who is Chunky's daughter grew up with Suhana as both Pandey and Khan family have been friends for many years. Ananya has also expressed her desire of working with Suhana one day in the past.