After a theatrical release, the movie was released on a streaming portal Netflix.
FPJ Web Desk 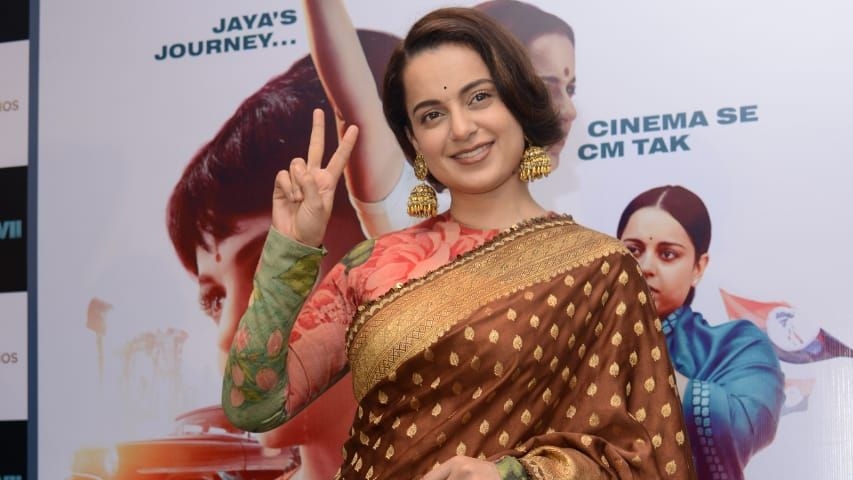 Actress Kangana Ranaut on Sunday reacted to her latest release 'Thalaivii' trending in Pakistan. After a theatrical release, the movie was released on a streaming portal Netflix.

Kangana shared a screenshot of 'Netflix Top 10 in Pakistan on October 10, 2021' list which shows 'Thalaivii' trending on the number one spot. Sharing it, she wrote, "On a lighter note jaan ke tasalli hue deshadrohi sirf isi desh me nahi hain (relieved to know that traitors are not in just our country)." 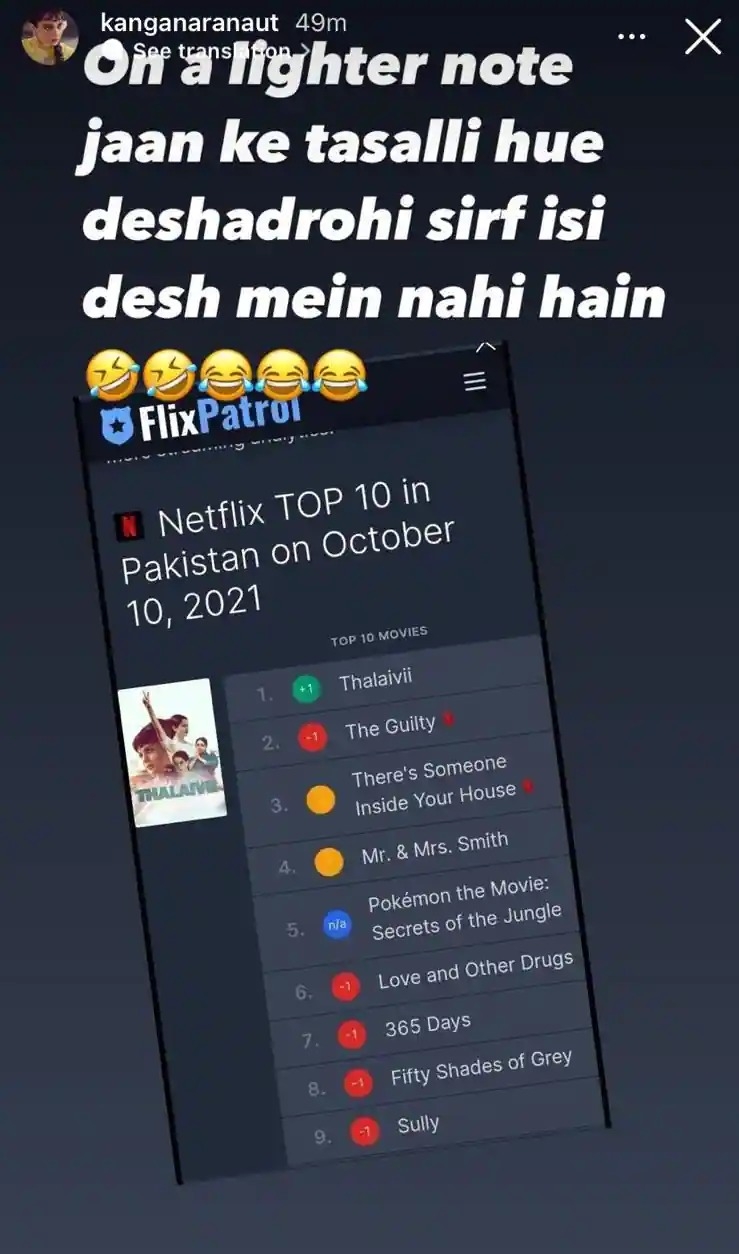 The four-time National Award-winning t is over the moon with the response her latest movie 'Thalaivii' is getting. She credits her team for the success and says that she is much more popular now than she has ever been.

Ever since the movie was released on the streaming portal, the film has been trending and this gives a sense of reassurance to Kangana, who says despite her right-wing opinion it even got appreciation from people who follow a 'Leftist' approach.

Talking to IANS about feeling like a number one actress, Kangana said: "I do my own thing and I am in my own place. Most actresses are very popular for starring with popular heroes. That's how actresses have always been. But I have my own light."

She added: "I don't borrow someone's else's light. So, you know, that is a good place to be in. Definitely, I am much more popular now than I have ever been. It is true that right now is the best time of my career. I won't deny that."

The film showcases the varied aspects of Jayalalithaa's life, tracing her journey as an actress at a young age to becoming the face of Tamil cinema, as well as the rise of the revolutionary leader who changed the course of the state's politics. 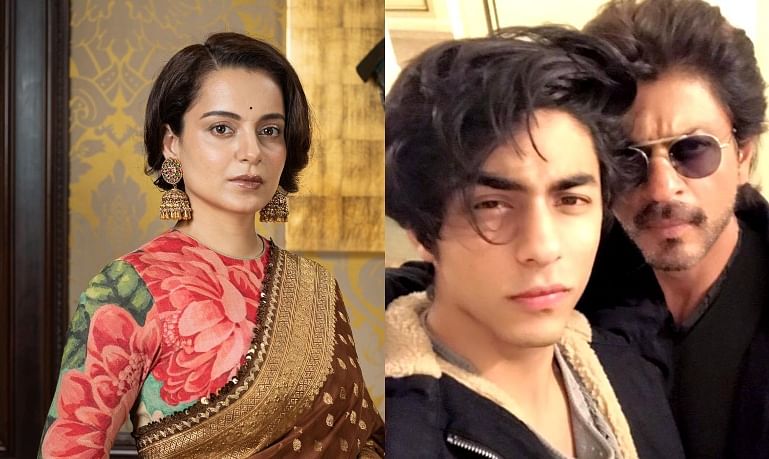