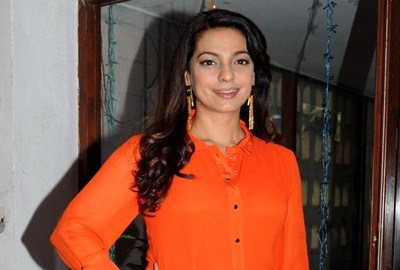 NEW DELHI: Film actress Juhi Chawla was on Friday fined Rs 20 lakh by the Delhi High Court for filing a petition against the 5G technology rollout to garner publicity. The Bench of Justice JR Midha noted in this context how Chawla had circulated a web link of the hearing on social media.

Seeing her action as a publicity stunt in her new avatar as an environmentalist, the court also asked Juhi to pay the court a fee of Rs 1.95 lakh within a week that she had not deposited while filing the suit.

Justice Midha held that the suit filed by her and two others was frivolous, defective, non-maintainable, and also contained unverified and vexatious assertions. Social activist and author Veeresh Malik of Delhi and Teena Vachani from Mumbai were the two other petitioners.

The High Court primarily objected to Chawla sharing the link of the virtual hearing on Wednesday on her social media account. It has further directed Delhi Police to identify the persons and proceed against them under the law for repeatedly disturbing the hearing by singing songs of her films.

The court noted that Chawla should have first approached the 33 defendants in the government she had named in her suit before coming to court for a declaration, which cannot be allowed under the law.

In her petition, the actress had claimed that if the telecommunications industry's plans for 5G come to fruition, no person, no animal, no bird, no insect and no plant on Earth will be able to avoid exposure 24 hours a day since RF (radio frequency) radiation due to it is 10 to 100 time greater than what exists today.

She had also sought a direction to the authorities to certify to the public at large how 5G technology is safe for humans, animals and every type of living organism, flora and fauna.

During the hearing on Wednesday, she was pulled up by the court for rushing to it without giving any representation to the government on her concerns related to the technology. ‘‘You are first required to approach the government for your rights and come to the court if denied,’’ the court had said.

The court had also pulled her up for adding so many parties as respondents, 33 to be exact, which is not permitted under the law. The lawyer for the Department of Telecommunication had said 5G policy is not prohibited in law nor does it fall in the category of public nuisance as claimed by the actress.