'Contractors don’t talk to me properly': Parineeti Chopra on facing sexism while renovating her house

Chopra asserted that despite being a celebrity she was no exception.
FPJ Web Desk 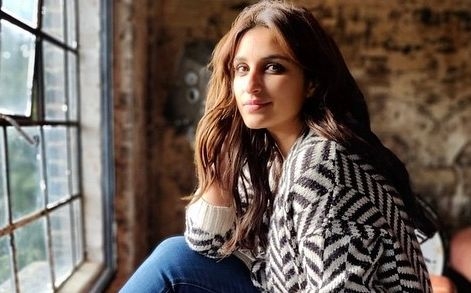 Parineeti Chopra, who recently featured in Dibakar Banerjee's edgy-thriller 'Sandeep aur Pinky Faraar' alongside Arjun Kapoor that had its second innings on OTT, got candid about sexism women have to face on a daily basis.

Speaking about her brush with the same, Chopra asserted that despite being a celebrity she was no exception.

Sharing an incident about the time she renovated her house, Parineeti told Film Companion, When I’m getting my house renovated, the contractors don’t talk to me properly because I’m a woman. They ask if there’s someone else at home they can talk to. I say, ‘No, I bought this house, I’ve made the payments. It’s mine so I will choose the tiles.’ When I tell them to talk to me, they refuse.”

Ironically this pair of chalk and cheese are united by their mistrust, suspicion and hatred for one another. This suspense-drama promises to keep the viewers glued to their seats as it explores the polarities of the two worlds and is packed with great performances by the iconic 'Ishaqzaade' duo who are back together to reignite the silver screen.

On work front, Parineeti has 'Animal' coming up with Anil Kapoor and Ranbir Kapoor.