The 'Panga' actor said last week at a summit that India's independence was a 'bheekh (handout)'.
Asian News International 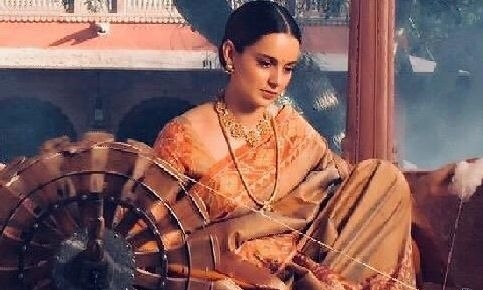 Mumbai (Maharashtra): Bollywood actor Kangana Ranaut has once again sparked controversy with her thoughts on India's battle for independence against British rule.

The 'Panga' actor said last week at a summit that India's independence was a 'bheekh (handout)'. At the time, she also claimed that the country got its real Independence after 2014 when the PM Modi led BJP government came into power.

She stood by her statement on Tuesday and advised people to choose their heroes wisely.

Taking to her Instagram Stories, Kangana shared an old newspaper article and wrote, "Either you are a Gandhi fan or Netaji supporter. You can't be both, choose and decide." The newspaper had an old article from the 1940s with the headline, 'Gandhi, others had agreed to hand over Netaji'. 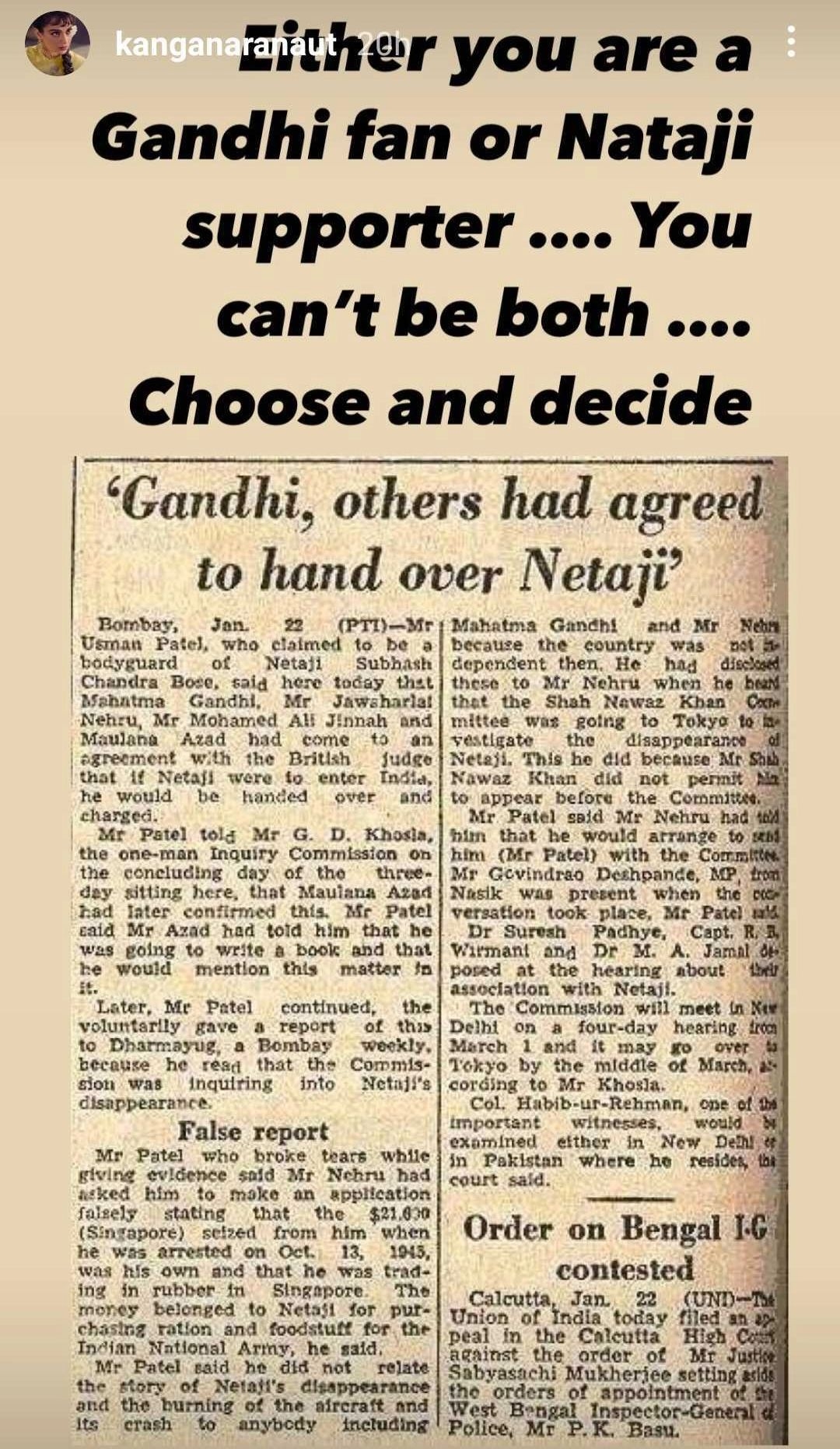 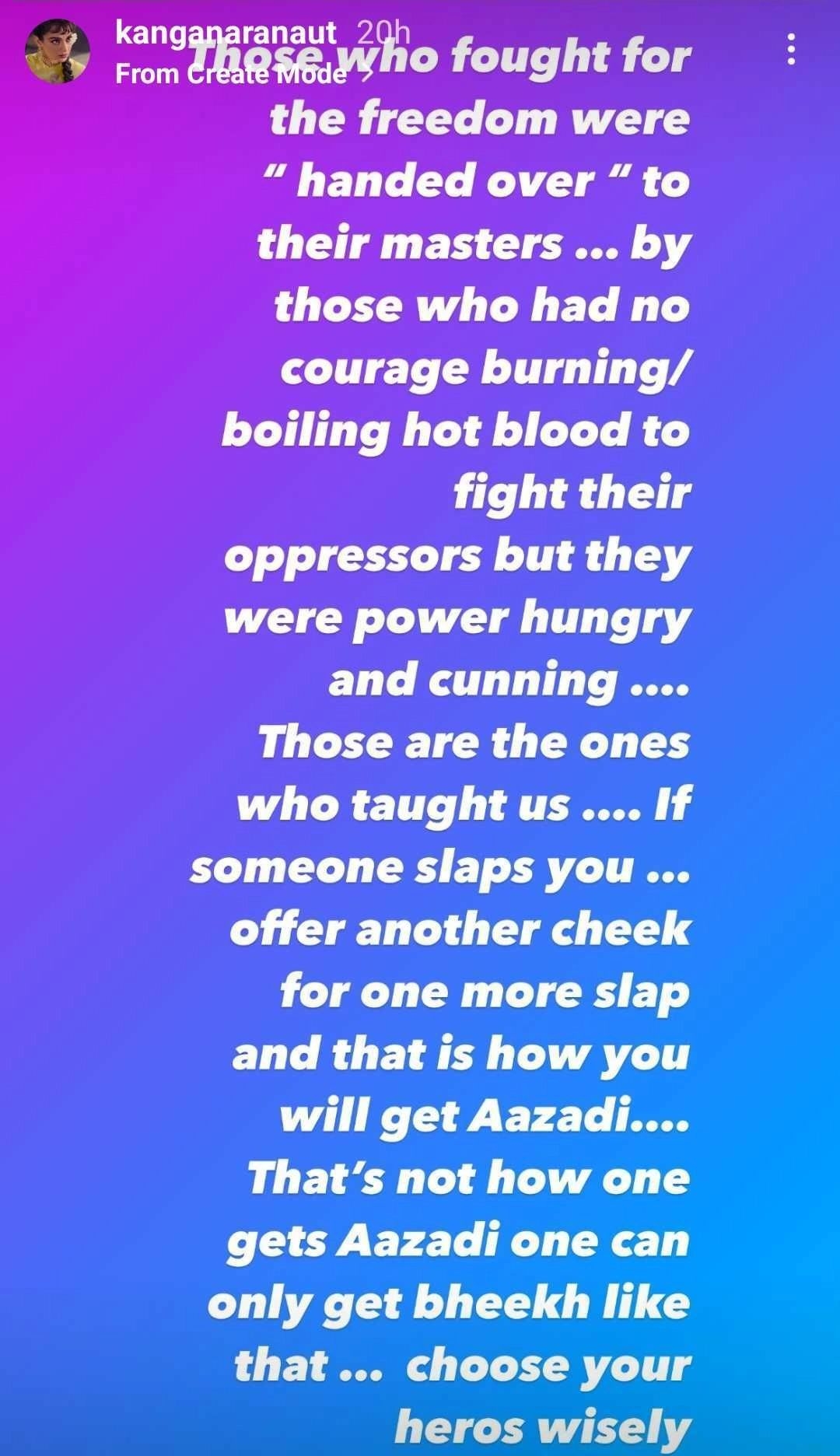 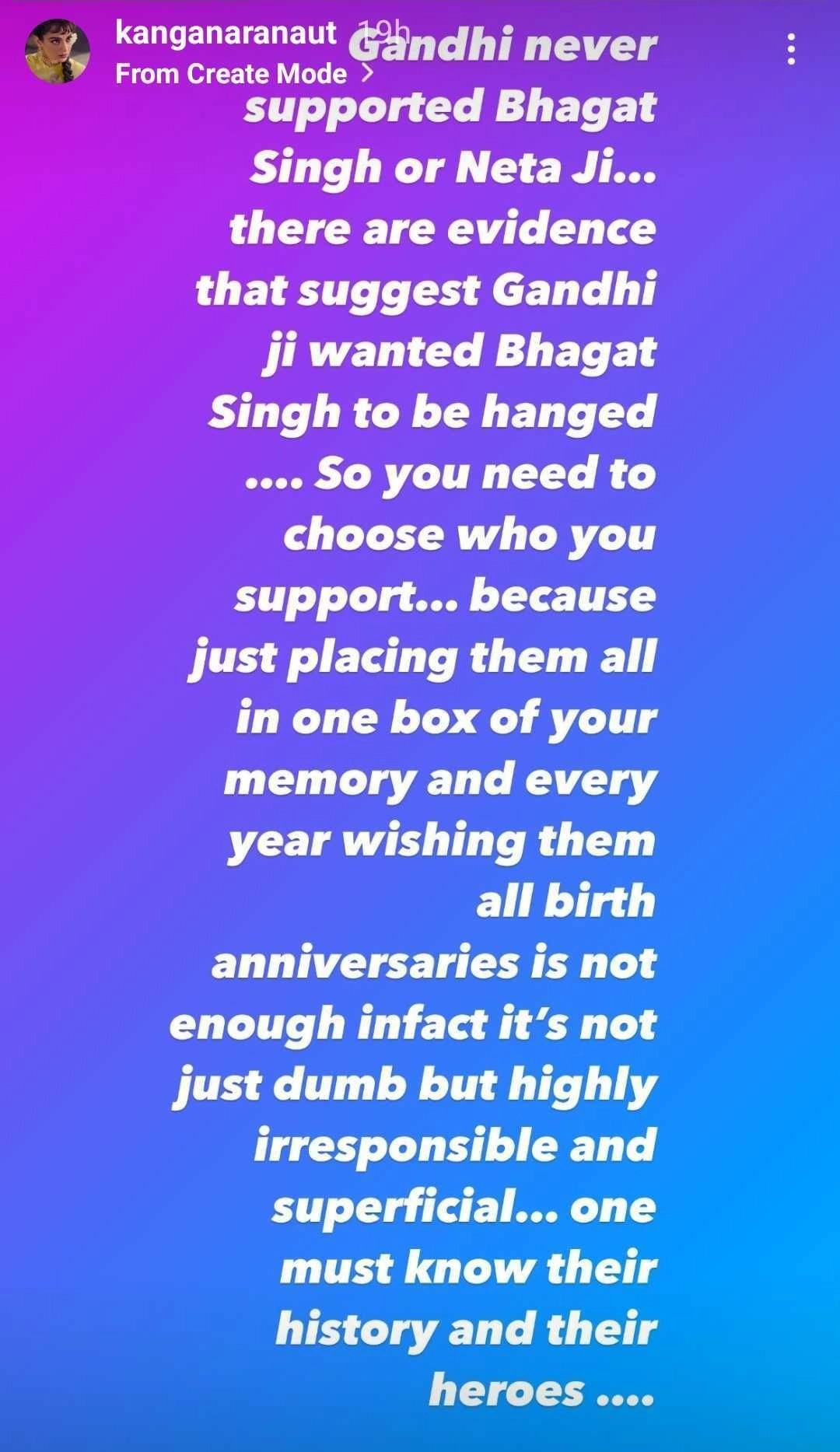