PDP president Mehbooba Mufti on Monday slammed the government at the center and its investigating agencies in regards to the arrest of Bollywood superstar Shah Rukh Khan’s 23-year-old son Aryan Khan. Taking to Twitter, the former J&K chief minister said that the central agencies are after Aryan just because his surname happens to be ‘Khan’.

She wrote, “Travesty of justice that muslims are targeted to satiate the sadistic wishes of BJPs core vote bank.” Aryan Khan was arrested on October 3 in connection with the seizure of banned drugs onboard a cruise ship off the Mumbai coast. He is currently in judicial custody and lodged at the Arthur Road prison in Mumbai.

Ever since the Narcotics Control Bureau (NCB) has arrested Aryan in their cruise drug raid, support has been pouring in for Shah Rukh and his family from all sides. While his friends like Salman Khan, Sanjay Kapoor, Karan Johar and others were spotted visiting the superstar at his residence, his other Bollywood counterparts have been asking him to stay strong through their social media posts.

In her tweet, the PDP leader also mentioned about Ashish Mishra, son of Union Minister of State for Home Ajay Mishra, who has been kept under 14-day judicial custody in connection with the October 3 Lakhimpur violence.

She wrote, “Instead of making an example out of a Union Minister’s son accused of killing four farmers, central agencies are after a 23-year-old simply because his surname happens to be Khan.” 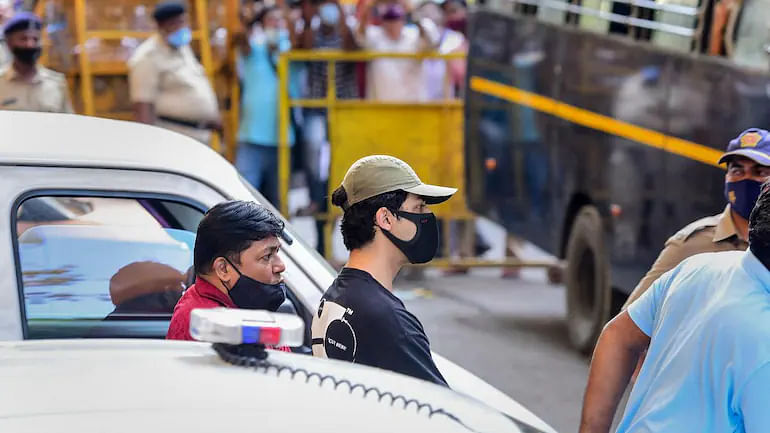