Rani as Babli has retired from being a con-woman and has settled into family life with Bunty aka Rakesh, played by Saif Ali Khan.
FPJ Web Desk 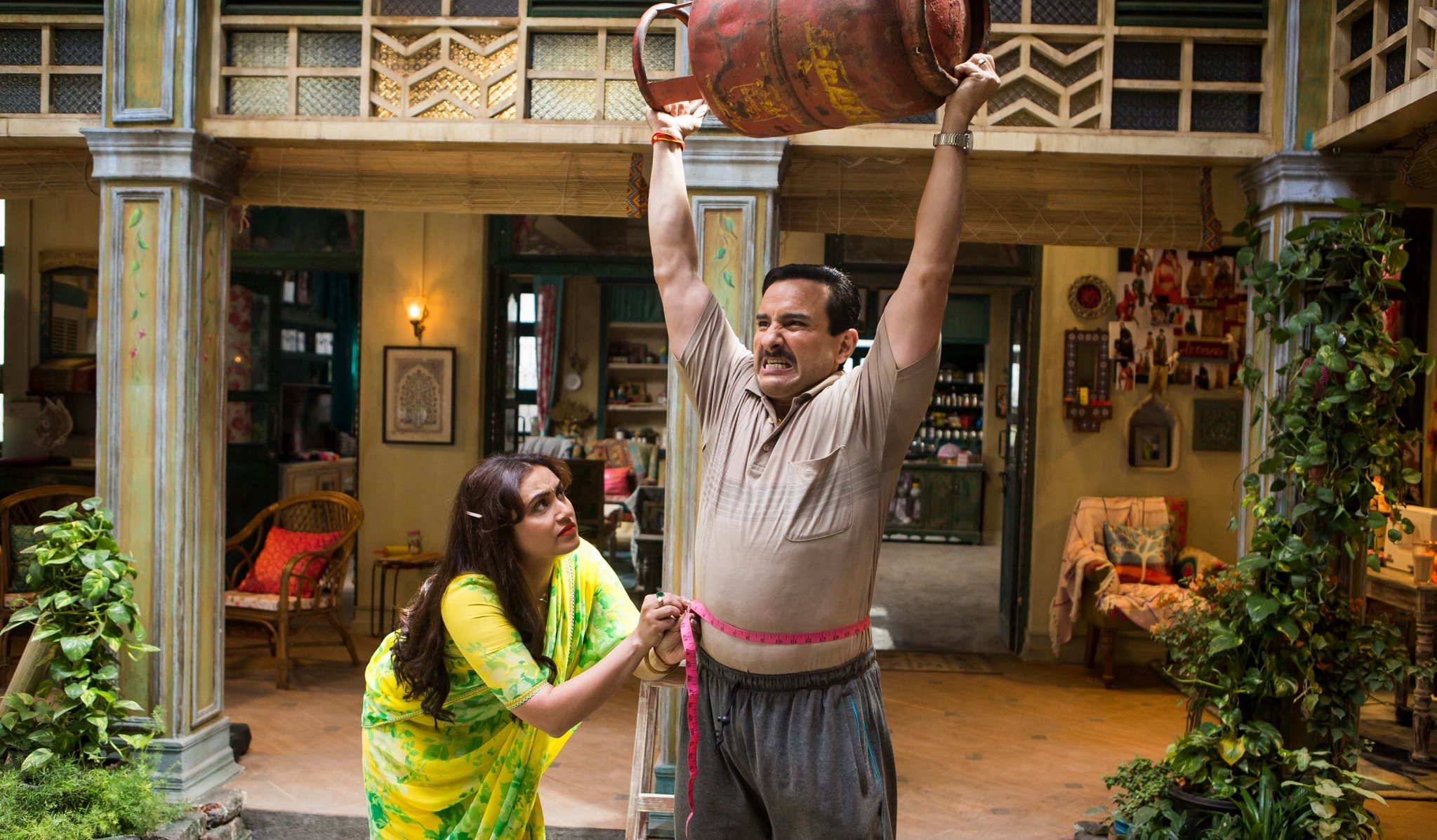 Bollywood star Rani Mukerji is known for her stellar performances that have been etched into the hearts of audiences. She turns Babli aka Vimmy again in the completely rebooted ‘Bunty Aur Babli 2’, produced by Yash Raj Films. The actress, who has given Indian audiences some really memorable characters that people have fallen in love with, turns ‘Fashion Queen of Fursatgunj’ in this film!

Rani as Babli has retired from being a con-woman and has settled into family life with Bunty aka Rakesh, played by Saif Ali Khan – an exciting casting coup that has brought back the much-loved on-screen jodi (‘Hum Tum’, ‘Ta Ra Rum Pum’) together.

Given that she has a lot of time at hand in an idyllic small town, Rani has tried to turn into a fashion designer in Fursatgunj given her fondness for style and panache. Point to note: Babli’s sartorial choices are OTT and eccentric but that’s how she expresses herself and stays the center of attention! Bunty is supportive of his wife’s efforts but not necessarily in agreement with her loud fashion choices!

Rani says, “Vimmy is bored being just a housewife in a small town. She knows she is talented; she is the OG Babli, a smart woman who pulled off incredible cons! Though she is happy in her marriage, she craves more, she craves the thrill and being the center of attention. She was always into fashion and so, she decides to pursue that. Her fashion choices are loud, colourful, and happy because that’s what her personality is and I must say she relishes the fact that people in Fursatgunj look up to her. People in this village are not exposed to fashion at all and Babli becomes the Fashion Queen of Fursatgunj!”

On the other hand, despite being in love with his wife and appreciating his family to the core, Rakesh is bored as hell. The slow life in a small town has impacted his fitness. He craves thrill, he craves the adrenaline rush he felt while pulling off incredible cons across India. He is stuck in a rut.

Saif says, "Not a day goes by without Rakesh missing the thrill he felt when he was the legendary conman Bunty. Though he has kept his identity a secret and enjoys his marriage with Vimmy, he misses the action, misses strategizing for cons that became the talk of the nation. Suppressing who he truly is and wants to be, impacts his health."

He adds "I had to put on several kilos and then lose it quickly because of my packed shooting schedule. Now, when I look back, I’m glad I went through the process because Rakesh aka the OG Bunty looks believable in the film. He is a family man, who has quit conning people. He has settled down. He is endearing, his struggles are real. He was a legend and now he is a nobody. He craves to be known and that’s what makes him disappointed about how his life has shaped up. He wants to feel important.”

‘Bunty Aur Babli 2’, directed by Varun V. Sharma (who worked as an Assistant Director in YRF’s biggest blockbusters Sultan and Tiger Zinda Hai), will also introduce an incredibly fresh pair of Siddhant Chaturvedi (Gully Boy) and the gorgeous debutant Sharvari as the new talented con-couple Bunty Aur Babli. The trailer of ‘Bunty aur Babli 2’ will be out on Monday 25th October.