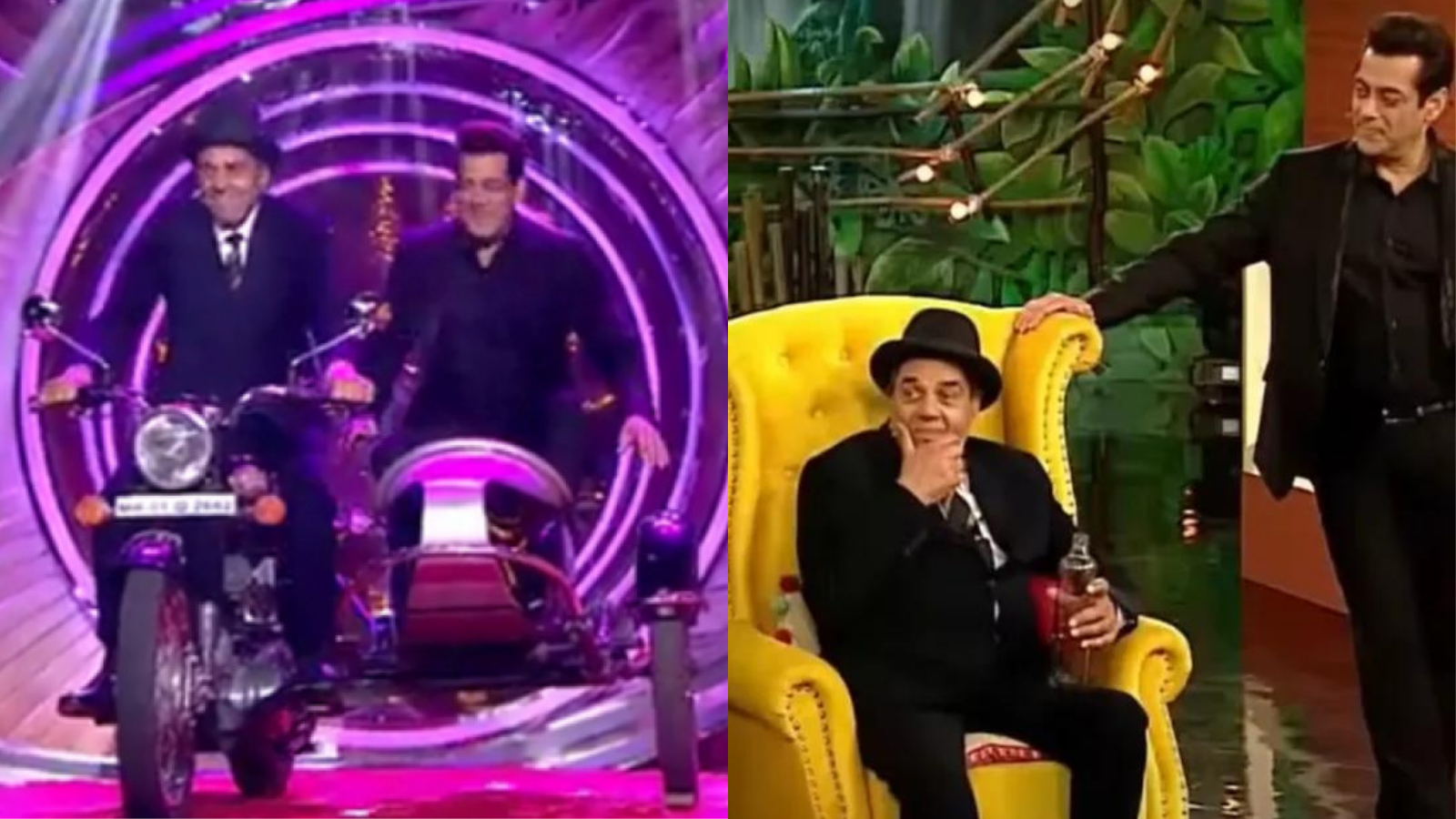 Both the actors are seen opening the 'Weekend Ka Vaar' episode sitting on the bike and dancing to 'Shaam Shandaar' song. Dharmendra says: "I am here Gabbar." Salman replies: "Gabbar, I am coming."

Later, Bharti Singh is also seen having some fun banter with Dharmendra and enacting another famous scene of Ramesh Sippy's 'Sholay' in which Veeru (Dharmendra) threatens to jump off a water tank to force Basanti (Hema Malini) to accept his proposal.

Bharti with a bottle in her hand says: "If I am not your dream girl, at least I am your drum girl. You must be happy that the Pumpkin of your garden is dancing here."

She adds: "Recently Salman cut his birthday cake and later a snake also bit him."

Dharmendra says: "Actually it was not male but a female snake." (usko saanp ne nahi sapnio ne kaata hai). And Bharti says: "It was sent by Colors as the 'Naagin' show is coming up." Watch: Salman Khan celebrates his birthday in advance with Alia Bhatt and SS Rajamouli on the sets...