'Bear Grylls made me eat raw fish': Ajay Devgn spills the beans on his 'Into The Wild' episode

During its trailer launch, Ajay revealed how his kids reacted to him participating in the show.
FPJ Web Desk 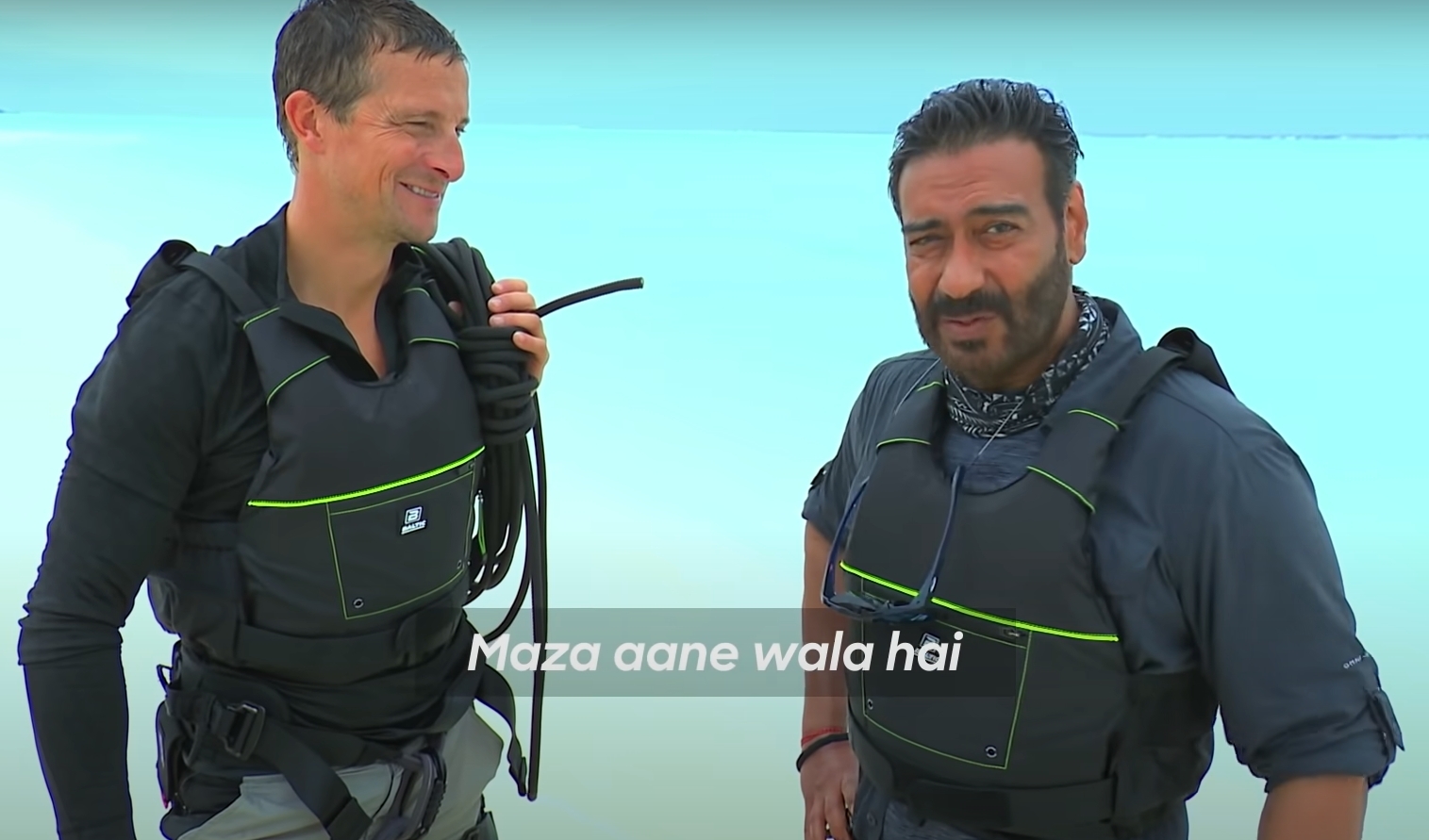 The survival skills-based reality show 'Into The Wild with Bear Grylls' is back this year with another celebrity - Bollywood actor Ajay Devgn.

Now Ajay Devgn can be seen experiencing an adventurous journey in the Indian Ocean, dominated by sharks and facing unfavourable weather conditions, eventually moving towards uninhabited islands around the Indian Ocean.

During its trailer launch, Ajay revealed how his kids reacted to him participating in the show.

For those unversed, Ajay had filmed for the episode in September in the Maldives where he was accompanied by his son Yug.

According to a report by Indian Express, Ajay shared that Yug was excited and also told him and daughter Nysa that Bear made him eat raw fish.

“Yug was most excited when he got to know that I am shooting with Bear. I don’t know how he knows so much about him. When I told Bear about Yug, he was kind enough to shoot a video,” Ajay said during a press conference.

Ajay Devgn opened up on his shooting experience. He said, "This is my first ever expedition 'into the wild' and I can tell you it wasn't child's play! My father was an action director and in my career span of 30 years in the Indian industry, I have had the fortune to play several roles including some dangerous action ones too. And, this was one of those times when I had to put those learnings to the test again. I'm so glad this opportunity came my way, it helped me explore and go beyond my comfort zone."

'Into The Wild' will be available in seven languages including English, Hindi, Tamil, Telugu, Bangla, Malayalam and Kannada.

The episode will premiere on discovery+ India and Philippines on October 22. The broadcast premiere of the show is scheduled at 8 pm on October 25 on Discovery Channel and others.