Touted as a groovy song with a folk twist, 'Genda Phool' is a recreation of an old Bengali hit 'Boro Loker Beti' sung by Swapna Chakraborty.
FPJ Web Desk 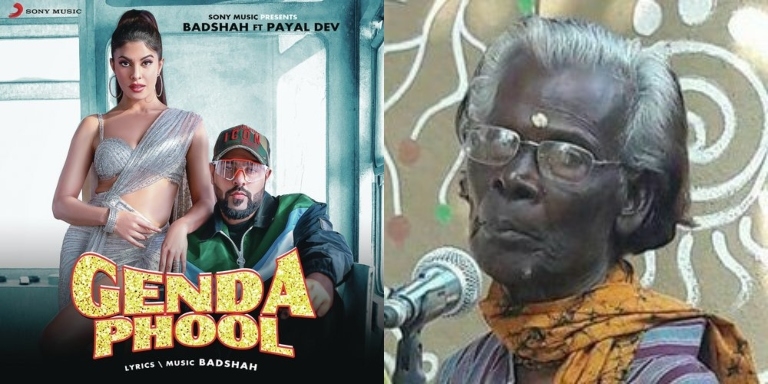 Badshah's latest track 'Genda Phool', featuring Jacqueline Fernandez is making headlines for all the wrong reasons. The recreated Bengali track which was released on March 26 is facing severe criticism from Bengalis.

Touted as a groovy song with a folk twist, 'Genda Phool' is a recreation of an old Bengali hit 'Boro Loker Beti' sung by Swapna Chakraborty. The song which was sung by Swapna has been written by a poverty-stricken Bengali writer Ratan Kahar. The song's makers have been receiving flak for not giving Ratan Kahar a mention in the credits. Not just that, a user has also said that the original song writer doesn't have enough finances to sue the music giant Sony music.

His tweet read: " This is RATAN KAHAR, a folk artist from Bengal.

GENDA PHOOL is RATAN KAHAR's song from the 70s & is extremely popular amongst Bengalis.

Sadly he doesn't have the money to sue Badshah who claims that the lyrics/music is by him.

But you have the power to spread the truth. Use it."

The user has also shared a video of Ratan Kahar performing his track. He also mentioned that , 'what is most insulting is that the video credits even includes Bollywood diva Jacqueline Fernandez's spot-boy but not Ratan Kahar.'

The tweet went viral on the micro-blogging app and users took to the comments section to lash out at Badshah for 'stealing' Ratan's song. A user wrote, "Badshah should abstain using Bengali in his songs when he is that clueless about the context. Because you can’t pass of someone else’s credit as your own. The only catchy thing about this song is the Bengali chorus which Badshah had nothing to do with."

Another said, "@Asli_Jacquelin please awaken your conscience and use your privilege and platform to lessen problems for someone in these already difficult days."

While another called it 'a nonsense remake of this masterpiece song.'

Badshah is known for hits such as "DJ wale babu", "Tareefan", "Pagal" and "Garmi". An official statement from the singer and the makers is still awaited.