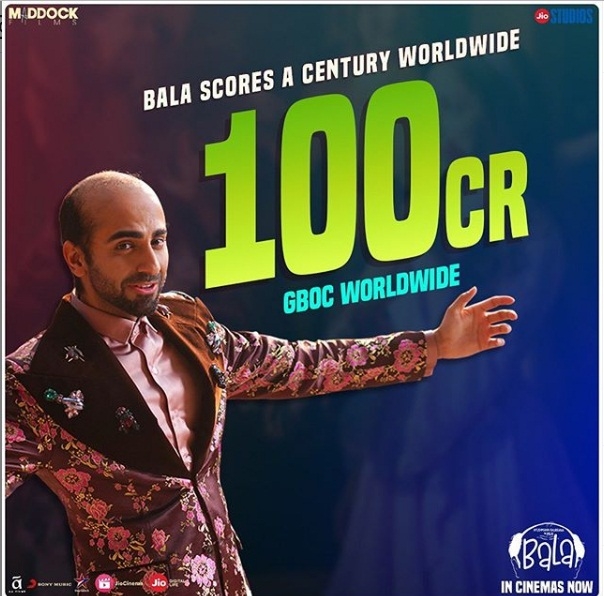 New Delhi: Ayushmann Khurrana starrer 'Bala' has globally crossed the mark of Rs 100 crore and the actor is thrilled with the happy news.

The 'Andhadhun' actor thanked his fans for their immense love while sharing the poster of 'Bala' on his Instagram, and captioned the post as, "Aapke dher saare pyaar ka nateeja hai yeh. Tahe dil se shukriya.#Bala crosses the mark of 100 cr worldwide! " The poster shows 'Ayushmann Khurrana' as his 'Bala' avatar striking Shah Rukh Khan's signature pose and the poster reads, "Bala scores a century worldwide." Earlier, clearing the standards of the censor board, 'Bala' became the 35-year-old actor's first to be released in Saudi Arabia The flick, which released on November 7, minted over Rs 10 crore on its opening day.

In the movie, Ayushmann is seen playing the role of a guy who suffers from premature balding. It revolves around his love life struggles and how he gets demotivated because of his looks. The film is directed by Amar Kaushik and produced by Dinesh Vijan. The film also stars Javed Jaffery and Saurabh Shukla in supporting roles. 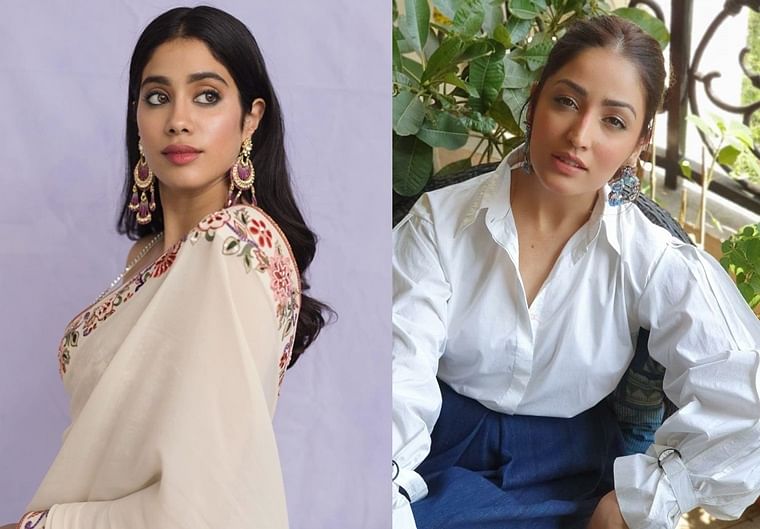 When Janhvi Kapoor’s compliments for ‘Bala’ made Yami Gautam sentimental