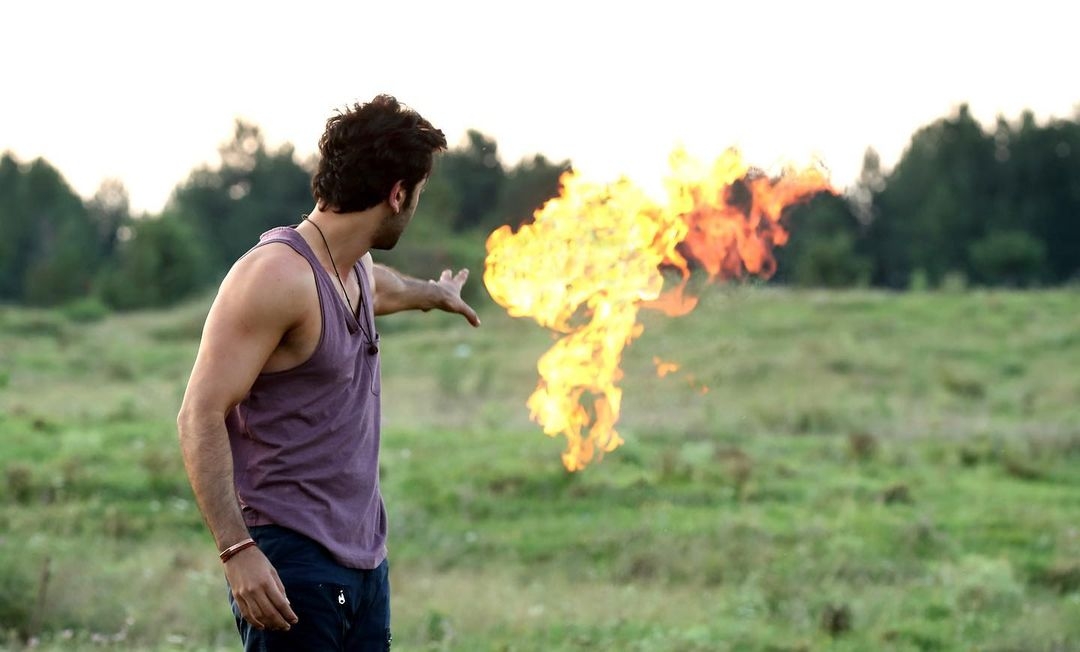 Bollywood filmmaker Ayan Mukerji has been treating fans with several behind-the-scenes photos of Ranbir Kapoor, Alia Bhatt, Amitabh Bachchan, and others from the sets of 'Brahmastra'.

Taking to Instagram on Friday, Ayan shared another unseen photo of Ranbir. In the picture, the actor can be seen sporting a rugged look and a burning flame can also be seen in the background.

Ayan also dropped a hint that the makers will announce the release date of the film very soon.

"TheTimeFeelsRight. Two and a half years ago, I started this Instagram journey, with Brahmāstra’s release a few months away. Then, we needed more time to perfect the movie. Then, I fell off Instagram. Then, the world stopped for a while. Through all of this, every single day, Brahmāstra has been ON," he captioned the post.

"Growing with all the love and dedication it has needed! Waiting patiently for its Time. That Time is Here. The Time to start sharing Brahmāstra. The Time to launch something from Brahmāstra. The Time for ‘another’, but this time - Final Release Date! And to do it all, in a way, that’s as exciting and as special as the movie experience, we have given our lives to create! Really really soon," the filmmaker added.

According to several media reports, producer Karan Johar, Disney India and the entire team of 'Brahmastra' have finally zeroed in on a release date and the film is targeting a September 9, 2022, release.

The makers are also expected to make an official announcement in the next few weeks.

Ever since the film was announced a couple of years ago, all eyes have been on Ayan's ambitious mega-budget movie.

'Brahmastra' is said to be an amalgamation of science-fiction and occultism. It is billed as a three-film series and the first part will see Ranbir play Shiva, a man with special powers. It also stars Mouni Roy, Amitabh Bachchan and Nagarjuna.