The Aanand L. Rai directorial 'Atrangi Re' starring Akshay Kumar, Dhanush and Sara Ali Khan, gives a glimpse of a classic template of exploration of a new found love.
IANS 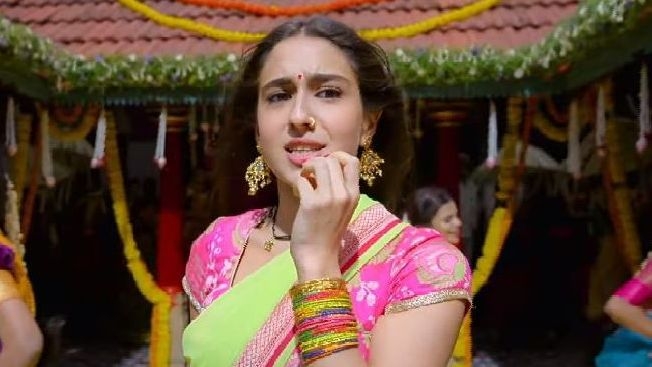 Mumbai: The trailer of the Aanand L. Rai directorial 'Atrangi Re' starring Akshay Kumar, Dhanush and Sara Ali Khan, gave a glimpse of a classic template of exploration of a new found love. Now the makers have released the first song from the film.

Titled 'Chaka Chak' the track is set against the backdrop of the engagement of Dhanush's character and features Sara dancing to the fusion of a folk and classical tune. Composed by maestro A.R. Rahman, the track is laced with Carnatic instruments like Sundari and Thavil and portrays Sara's character dancing her heart out on her husband's engagement to another girl.

The production design takes centrestage in the song with adroit camerawork cutting through the engagement attendees and Rai's signature shade of yellow rendering the vibrance to the frames. The song has been crooned by Shreya Ghoshal with lyrics penned by Irshad Kamil and choreography by Vijay Ganguly.

Talking about the song, Sara says, "'Chaka Chak', much like the name suggests, is a fully vibrant and colourful song. It's a celebration of south India, full of drama, masti and fun. Vijay sir's choreography, Rahman sir's music, Irshad sir's lyrics, Shreya maam's voice and Aanand ji's vision all combined is a real treat to the senses. It's also my first solo dance number so I'm extremely excited for people to watch it. Here's hoping they have as much fun watching it as I did shooting it."

'Atrangi Re' marks the second collaboration between Aanand L. Rai and Dhanush after their highly successful 'Raanjhanaa'. The film produced by T-Series, Cape Of Good Films and Colour Yellow Productions, and written by Himanshu Sharma, is all set to stream on Disney+ Hotstar from December 24.