Athiya Shetty turns photographer for Anushka Sharma as they hang out together in the UK; see pics

Anushka Sharma, who is currently accompanying husband Virat Kohli for his Test series, on Sunday posted a bunch of pictures of herself from the UK
FPJ Web Desk 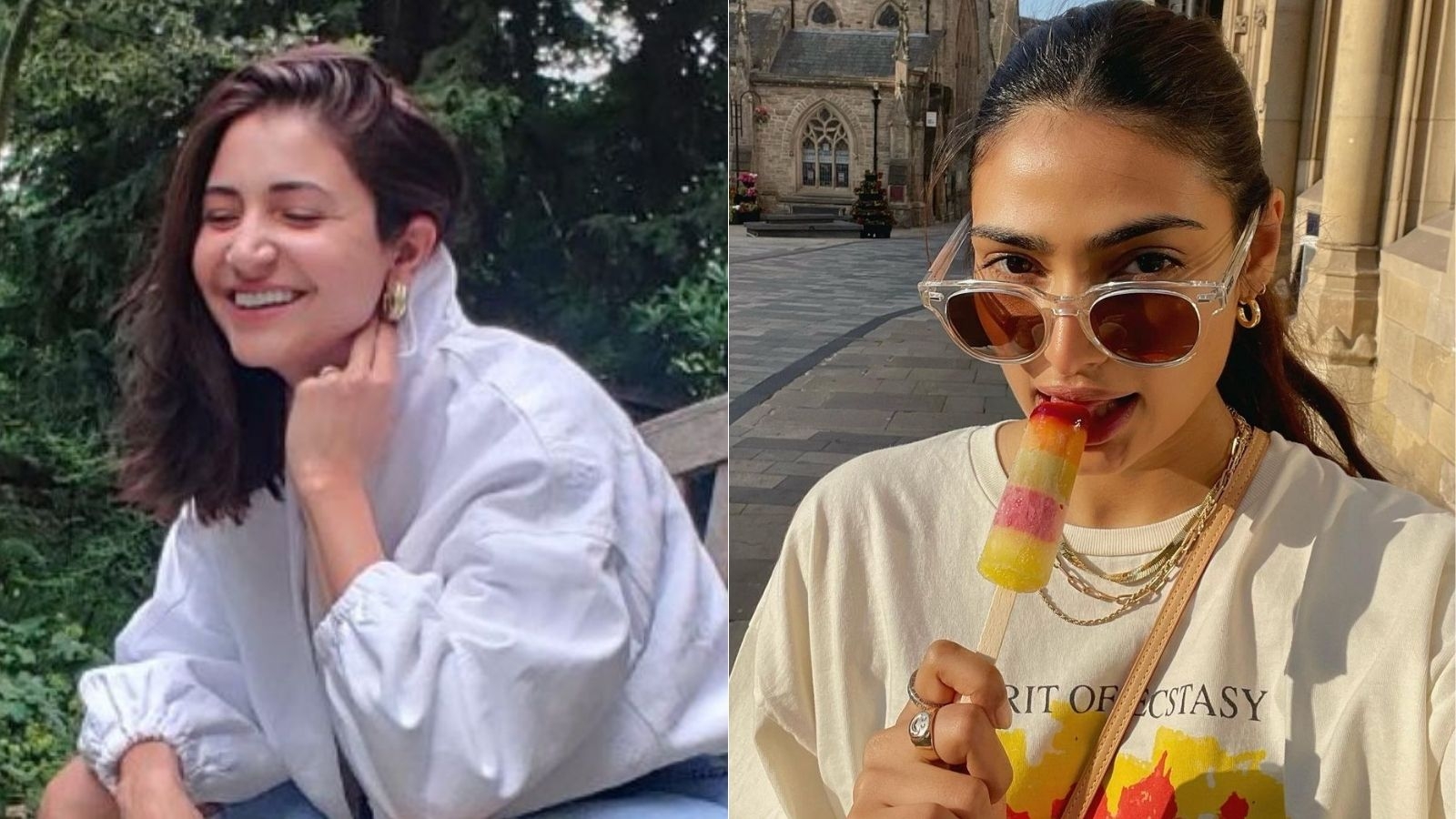 Bollywood actress Anushka Sharma, who is currently accompanying husband Virat Kohli for his Test series, on Sunday posted a bunch of pictures of herself from the UK.

The happy pictures of Anushka was clicked by actress Athiya Shetty. Yes, you read that right! Athiya and Indian cricketer KL Rahul have been making the headlines, and it was just recently when Annushka's caption on her post made fans go gaga.

"10 thousand steps and some nice photos on the way," Anushka captioned the post and credited Athiya for clicking the pics.

Meanwhile, in the pictures, Anushka can be seen posing at different locations. She can be seen dressed in a white t-shirt and a matching jacket layered over it. She upped her fashion game with ripped jeans and sneakers.

Anushka's post has also confirmed social media users' speculation about the actresses hanging out together in the UK. Fans had noticed earlier today that both of them had been sharing pictures taken from similar locations.

Both Anushka and Athiya have been in the UK since last month where Team India has been stationed for their cricket series.

On the other hand, Athiya and Rahul are rumoured to be dating for a while now. While Suniel Shetty had confirmed that Athiya was in the country, he had reportedly said she was there with her brother Ahan Shetty. Anushka Sharma shares stunning throwback pic with her girl gang from 2017, says 'miss you guys so...

Anushka has actively been giving glimpses of her routine, and fans just can't have enough of it.

On the film front, Anushka was last seen in Aanand L Rai's 'Zero' co-starring Katrina Kaif and Shah Rukh Khan. The actress is yet to announce her next project.

Meanwhile, she has had her hands full as a producer. Last year, she produced the Amazon Prime Video series 'Paatal Lok' and Netflix original film 'Bulbul', under her banner Clean Slate Filmz.

Meanwhile, Athiya, who made her Bollywood debut in 2015, was last seen in 'Motichoor Chaknachoor', in which she worked with Nawazuddin Siddiqui. Here's how Anushka Sharma made her 'fan' Virat Kohli happy while exploring the streets of UK; see...
Advertisement