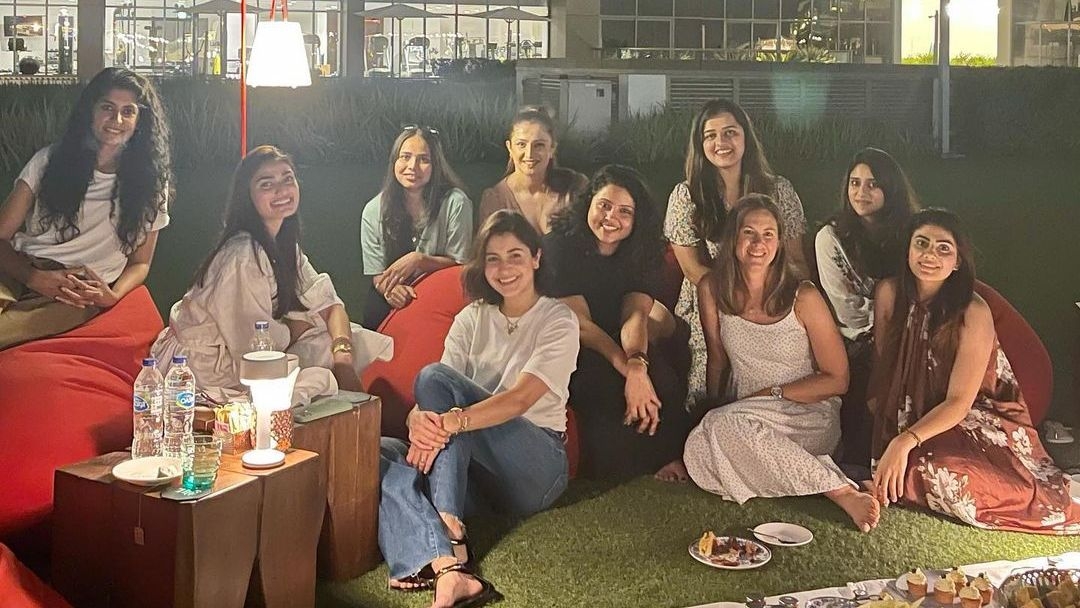 Bollywood actor-producer Anushka Sharma recently gave her fans a glimpse of a tea party she attended a couple of weeks ago.

The photos were originally shared by Jaya on Instagram.

In the pictures, the girl gang can be seen having a fun time and enjoying tea and food. An assortment of cupcakes, sandwiches and more was seen in the picture.

Anushka shared the post with the caption, "Throwback." Jaya had captioned the pictures, "An evening well spent #teaparty."

The pictures seem to be taken in UAE, where Indian cricketers were playing for team India at the ICC T20 World Cup.

Anushka accompanied Virat on his cricket tournaments across the globe with Vamika. The family was last seen having fun in Dubai before returning to Mumbai.

The actress constantly treated her fans with breathtaking views and other photos from the UAE.