The duo in a recent appearance on ‘The Kapil Sharma Show’ spoke about their time working together and some behind the scenes stories.
FPJ Web Desk 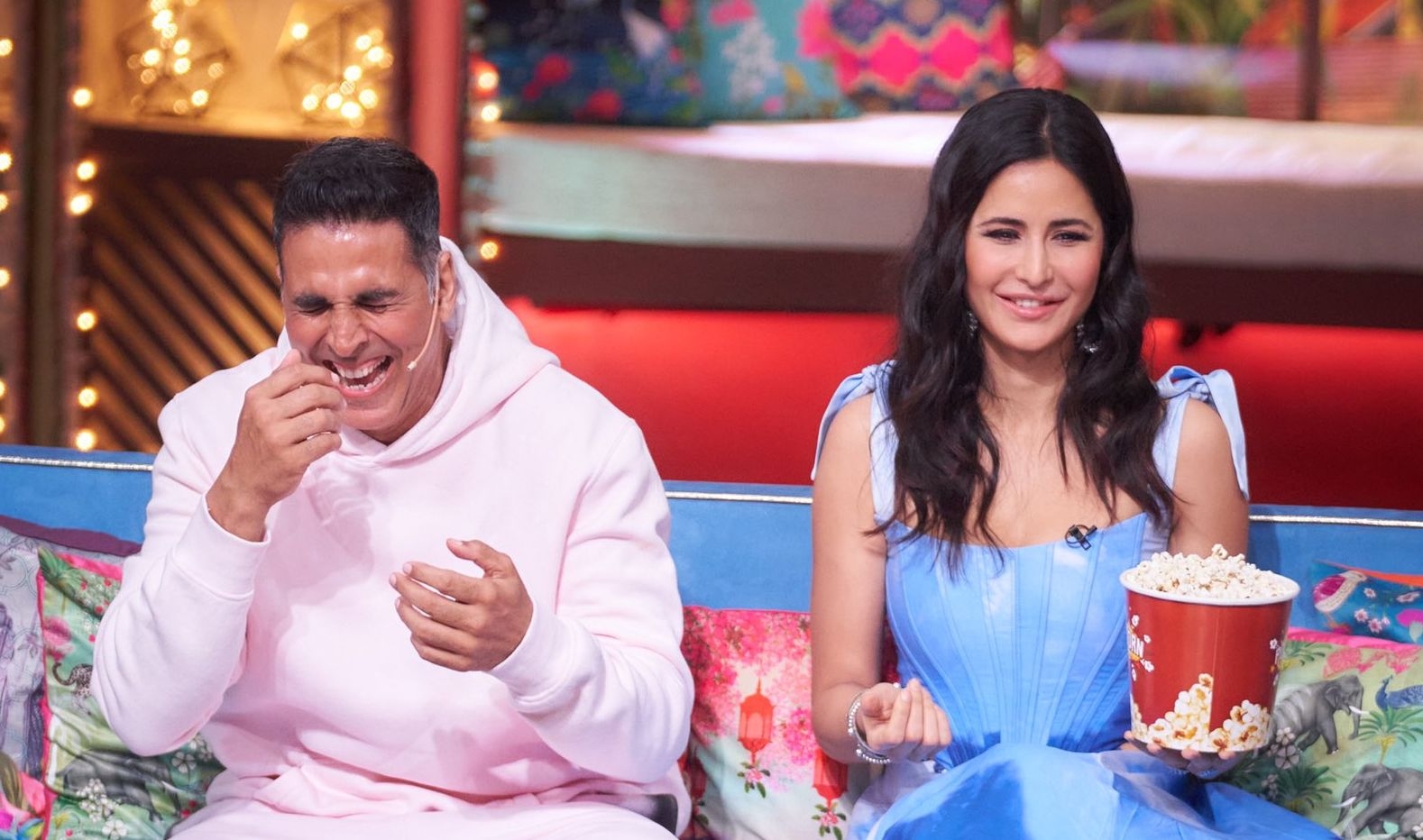 Bollywood stars Akshay Kumar and Katrina Kaif will be sharing screen space once again for their upcoming film ‘Sooryavanshi’.

The duo in a recent appearance on ‘The Kapil Sharma Show’ spoke about their time working together and some behind the scenes stories.

For those unversed, Akshay essays the role of Anti-Terrorism Squad chief DCP Veer Sooryavanshi while Katrina plays his wife.

According to reports, Katrina spoke about a scene in which she had to slap Akshay. When Kapil asked if there were any retakes, the actress said, “Nei, thappad wala scene mein koi retake nei tha. Ek hi baar kiya (No there was no retake in the scene in which I slapped him. It was done in a single shot).”

So far, Akshay and Katrina have worked in six films together. These include – ‘Humko Deewana Kar Gaye’, ‘Namaste London’, ‘Singh is Kinng’, ‘Welcome’, ‘De Dana Dan’ and ‘Tees Maar Khan’.

Couple of days back, the makers dropped their latest dance number from the film 'Na Jaa'.

The original track is by Punjabi singer Pav Dharia and was released in 2017. The revamped version has Akshay and Katrina shaking a leg and grooving to the track, which has been sung by Dharia, Nikhita and composed by Tanishk Bagchi.

It revolves around Veer Sooryavanshi, the chief of the Mumbai Anti-Terrorism Squad and his team who join forces with Inspector Sangram Bhalerao and DCP Bajirao Singham to stop a terrorist group planning to attack Mumbai.