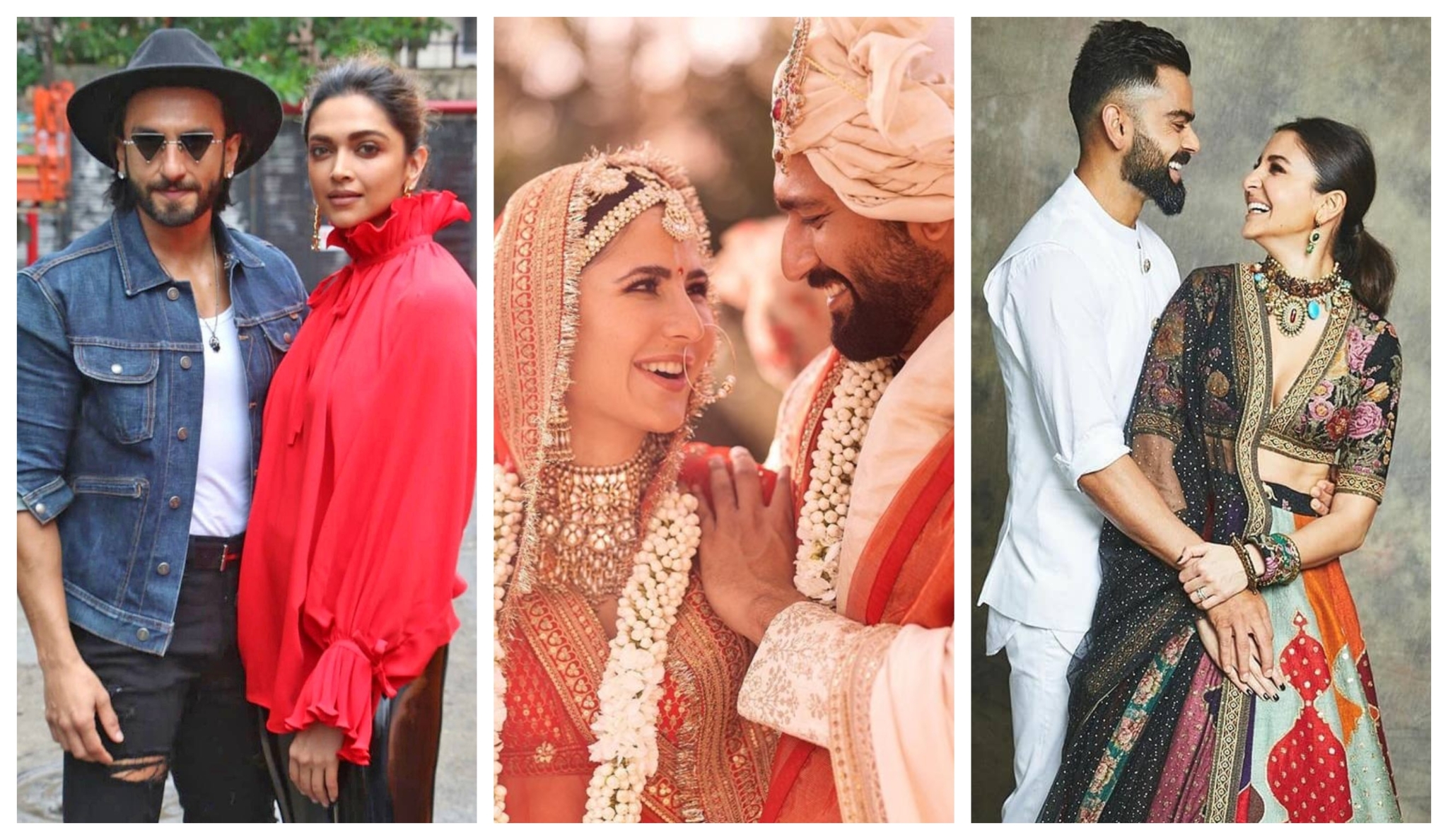 Newlyweds Katrina Kaif and Vicky Kaushal (KatVic) clocked in at a respectable No. 9 in the annual Power Couples survey released by the Indian Institute of Human Brands (IIHB) in Mumbai on Thursday. The Ambanis of Reliance, Mukesh and Nita, topped the rankings with an impressive 94% score followed by Deepika Padukone and Ranveer Singh (DeepVeer) who scored 86% taking second place, while Indian captain Virat Kohli and his actress wife Anushka Sharma (popularly together called Virushka) got a 79% score for third place.

The last IIHB survey on Power Couples was released by IIHB in 2019. Last year no survey was done because of the pandemic. “The last time around we did not include any corporates or business couples in our list. But the research team at IIHB felt that the rankings should include Power Couples from all walks of life; hence business couples were added this time around to the list, and they seem to have done very well in the rankings”, says Dr. Sandeep Goyal, Chief Mentor, IIHB. Last year, DeepVeer and Virushka were neck and neck in the rankings.

The rankings in the 2021 survey stood as follows: 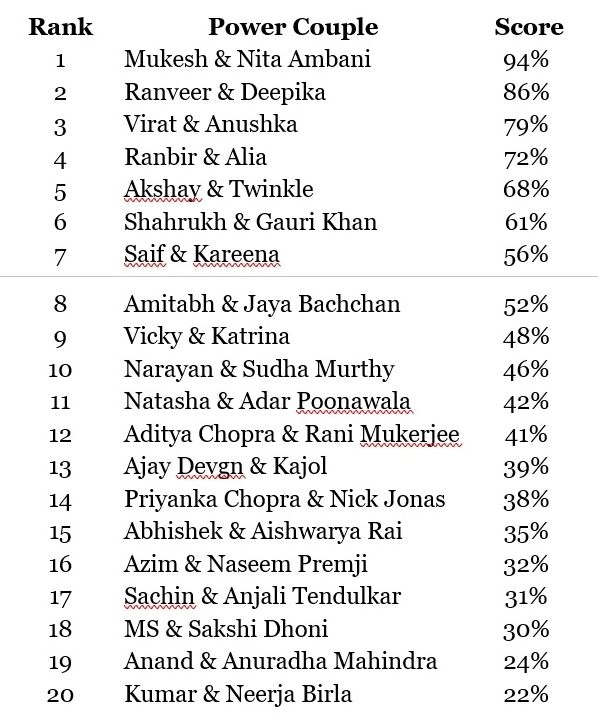 The Ambani power-couple led the field on multiple attributes: Dynamic, innovative, successful, prestigious, unique, progressive and traditional. DeepVeer were best on fun, distinctive, charming, different, and MFEO (Made For Each Other).

“The inclusion of couples beyond films/entertainment and sports has made the Power Couples list more comprehensive and more representative,” says Dr. Goyal. “We also included a large list of celebrities from the South too – Dhanush and Aishwarya, Jyothika-Suriya, Namrata Shirodkar-Mahesh Babu: Sneha-Prasanna, Bhavna-Naveen, Ambareesh and Sumalatha, Ajith and Shalini, Khushboo and Sundar C, Fahadh Faasil and Nazriya Nazim, Suhasini and Maniratnam, Vijay and Sangeetha – but in an all-India sample none of them made the Top 20, though in the South most of them beat the national celebrity couples”.

The phrase Power Couple may seem very familiar and common place today but it was used for the first time less than two decades ago to describe English football captain and his singer wife Posh Spice, Victoria by the British tabloids.