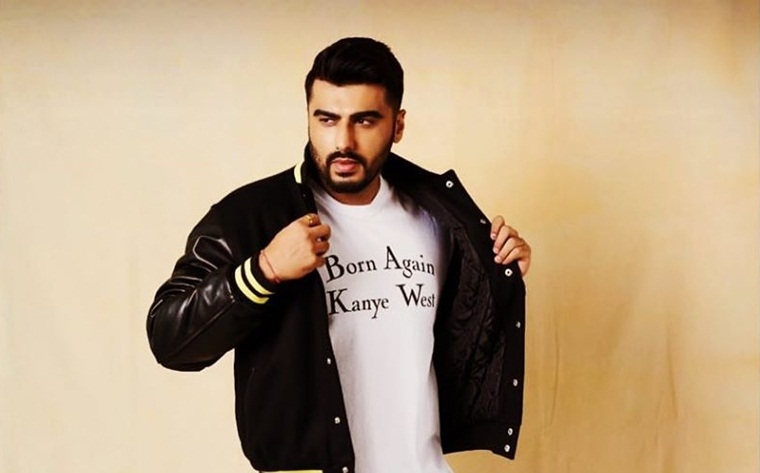 Sporting a casual look, the cast and the crew can be seen all smiles, posing for the camera. In another snap, Bhushan along with producer Madhu G Bhojwani is holding a clapper board.

Earlier today, Arjun was spotted on his way to the sets of the upcoming movie.

"Enroute to start film number 14," the actor wrote over a selfie shared on Saturday on Instagram story. 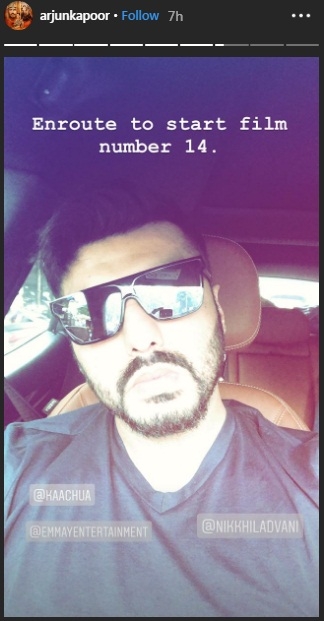 In the post, where the actor did not unveil the movie's title, he tagged film's director Kaashvie Nair and producer Nikkhil Advani.

The upcoming feature will see Arjun and Rakul sharing the screen space for the first time. It is being produced by actor John Abraham along with Bhushan Kumar, Krishan Kumar, Monisha Advani, Madhu, and Nikkhil.

Arjun was last seen in this year's 'India's Most Wanted' and will next be seen in the war drama 'Panipat'.

The historical saga is set in 1761 and based on the third battle of Panipat. Also starring in the film are Kriti Sanon, Sanjay Dutt along with Padmini Kolhapure, Mohnish Bahl, Kunal Kapoor, and Zeenat Aman.

Produced and directed by Ashutosh Gowariker, it is slated to hit the screens on December 6.

Rakul, on the other hand, was last seen in 'Marjaavaan' starring Sidharth Malhotra, Riteish Deshmukh, and Tara Sutaria. Directed by Milap Milan Zaveria, the film opened in theatres on November 15.