After learning about Neeraj Chopra's battle with obesity, Arjun Kapoor lauded the javelin thrower saying he is an inspiration
ANI 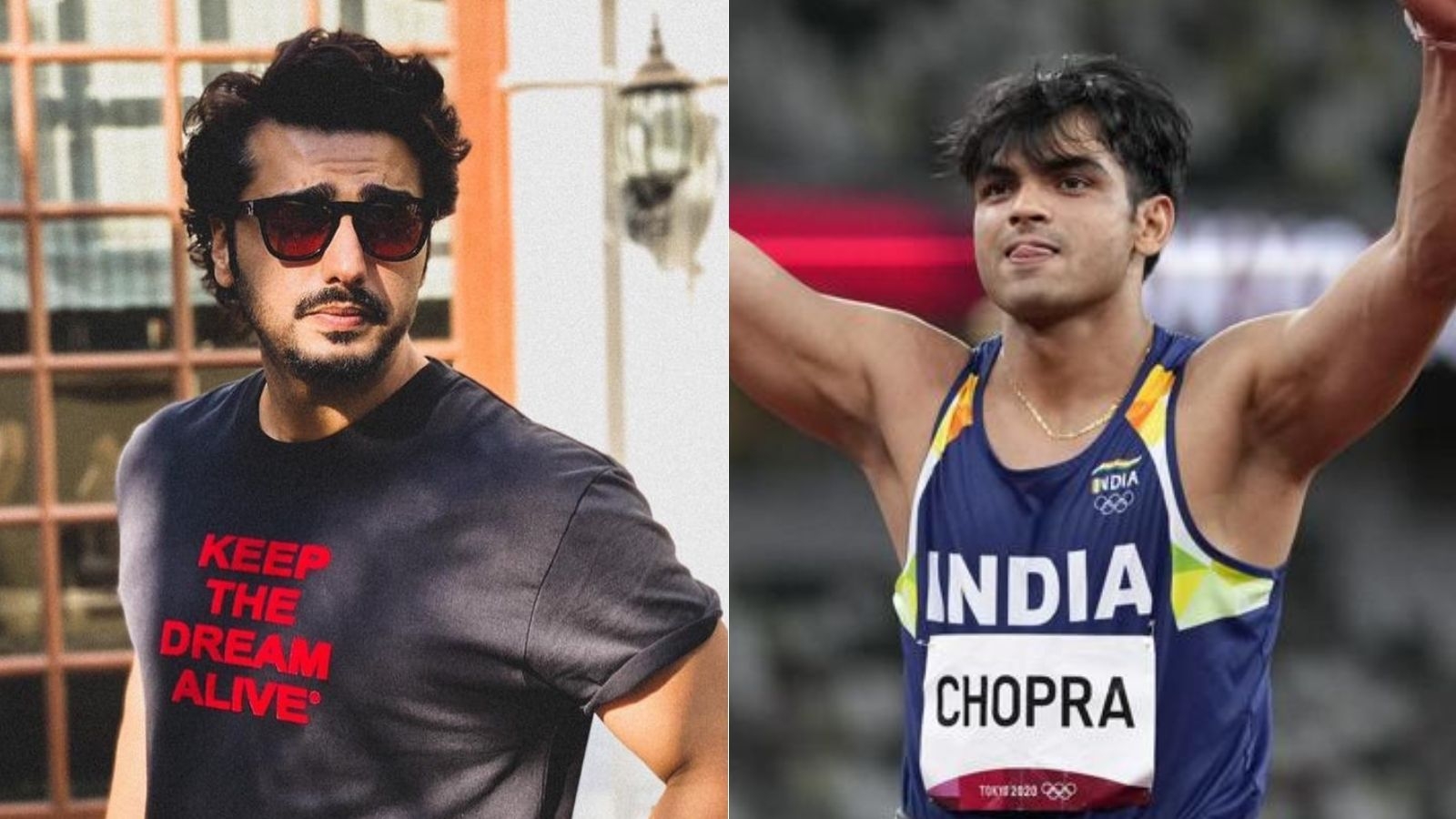 After learning about Olympic gold medalist Neeraj Chopra's battle with obesity, Bollywood actor Arjun Kapoor lauded the javelin thrower saying he is an inspiration to everyone.

"Just battling obesity can be physically and mentally exhausting. This boy has not just overcome that, he has kept his eyes on the prize to ace an Olympic gold medal," Arjun wrote on his Instagram Story.

"Neeraj, you are such an inspiration to me and for the country," he added. 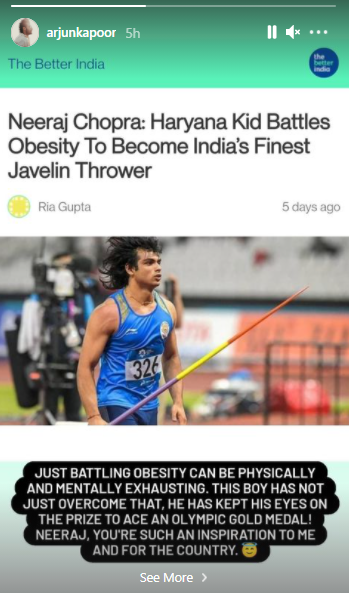 For the unversed, Neeraj, who created history for India at the Tokyo Olympics by winning a gold medal, had an obese childhood.

Reportedly, at the age of 13, he weighed more than 80 kgs. Like Neeraj, Arjun also struggled with obesity since childhood.

A few days ago only, Arjun opened about his battle with obesity in an interview with the leading daily, wherein he said how his "underlying health condition has always made it a struggle for him to constantly stay a certain size". 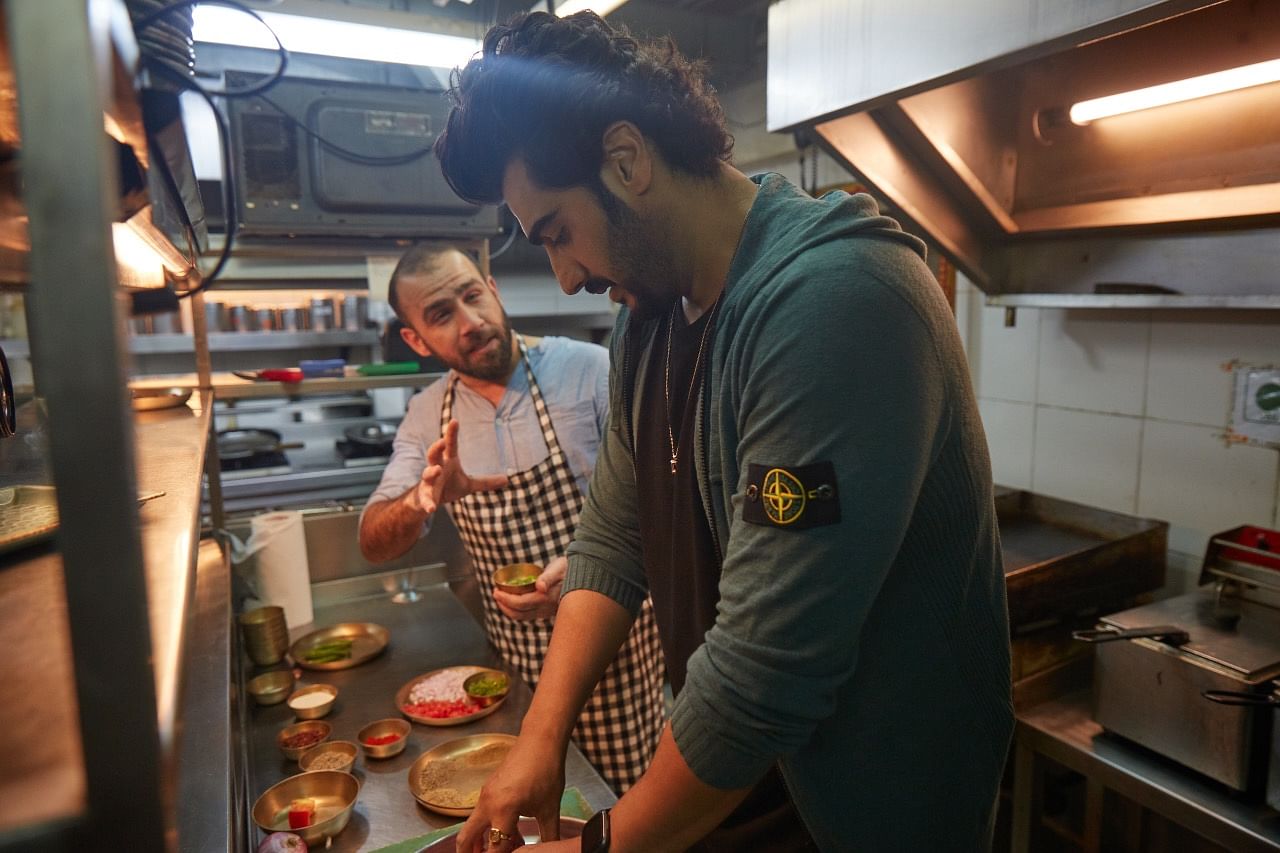 'I looked at food for comfort': Arjun Kapoor opens up about emotional battle with obesity