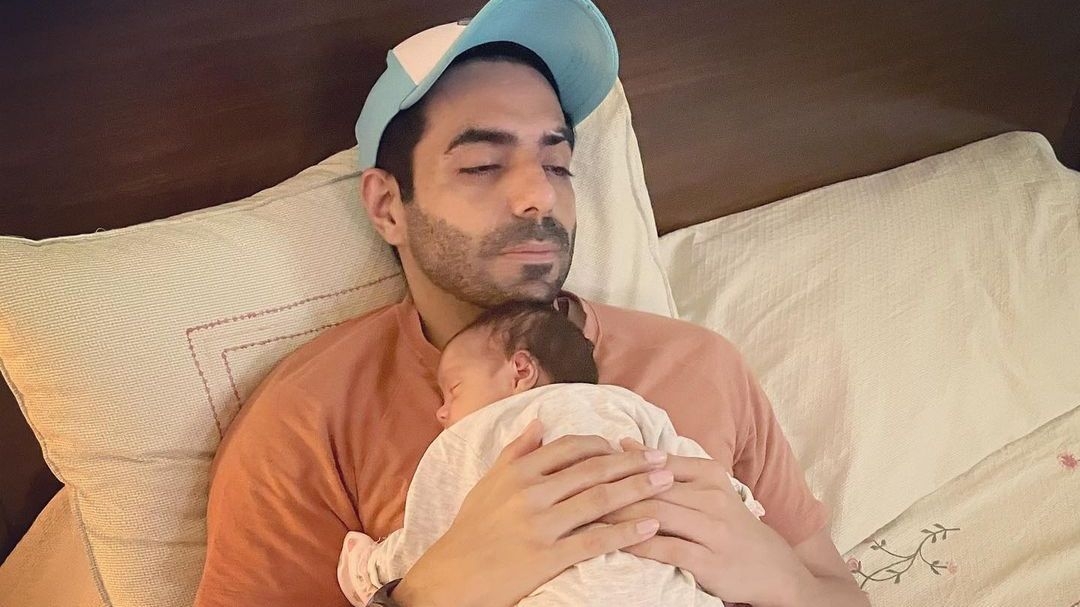 In the photo, the little munchkin can be seen resting on her daddy’s chest as the actor held her carefully. He captioned the image as "#MeriArziyaan @arzoie.a.khurana."

Aparshakti and his wife Aakriti Ahuja welcomed a baby girl on August 27.

The heartwarming photo sent the internet into a meltdown in no time and several celebrities including Ayushmann Khurrana, Tahira Kashyap, Bhumi Pednekar, Suyyash Rai, Patralekhaa, Sunny Singh, and others were all hearts for it.

Aparshakti had announced that he is expecting his first child with Aakriti in June. Sharing a post of kissing the baby bump, the actor wrote, "If the work could not be expanded in the lockdown, then we thought of expanding our family."

Directed by Satram Ramani and written by Rohan Shankar, the film is based on the ground reality of the country, where people feel awkward while buying and talking about condoms.