Anushka Sharma stuns in a sexy neon monokini as she enjoys a pool day; see photos 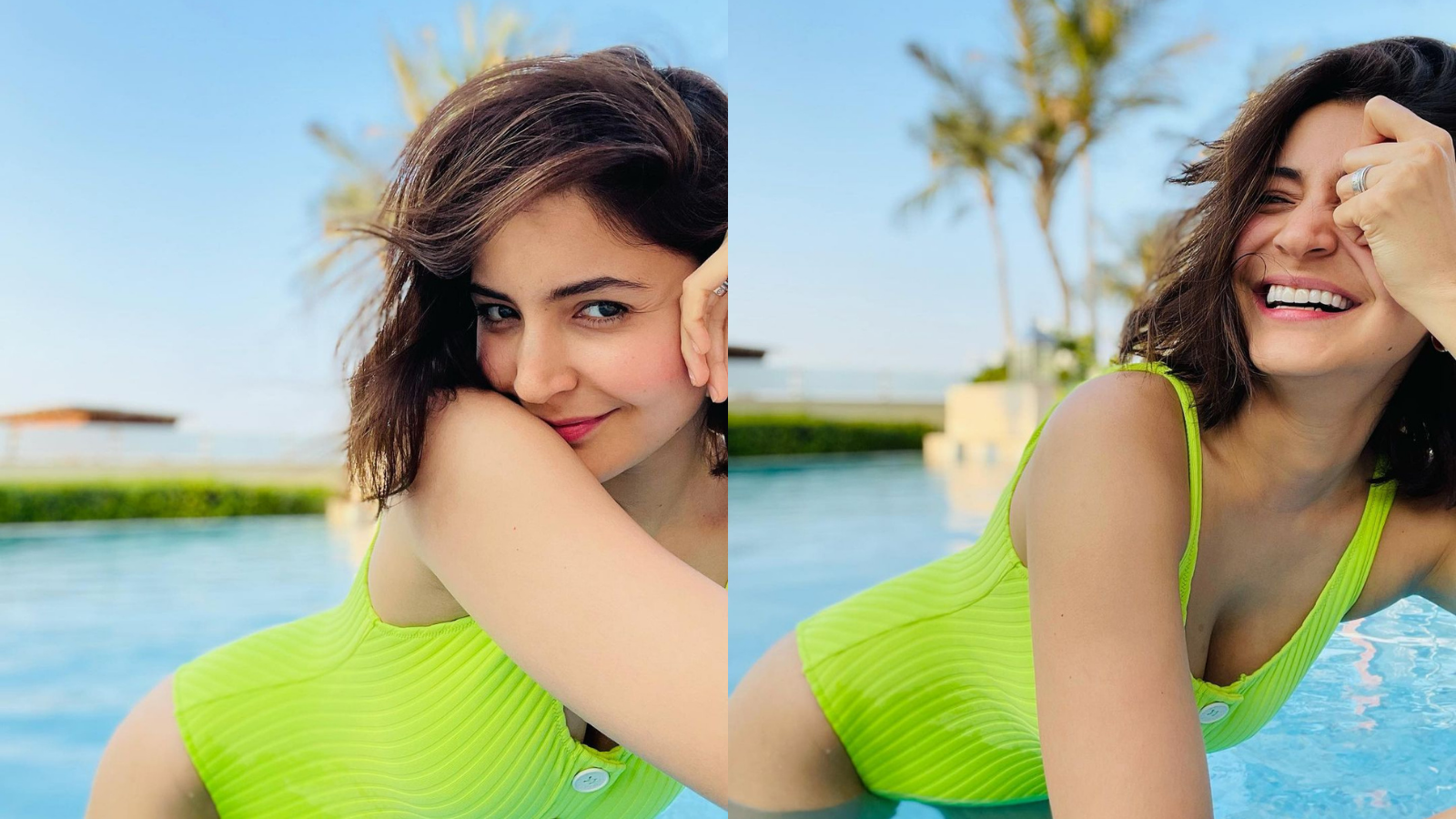 Actor-producer Anushka Sharma on Tuesday treated her fans with stunning pool photos of herself on Instagram.

The actress, who was with her husband, cricketer Virat Kohli, and daughter Vamika in the UAE recently, dropped two pictures in which she can be seen flaunting her biggest smile.

In the photos, Anushka can be seen in a neon monokini as she posed in the pool. She wrote nothing in the caption and accompanied her pictures with a green leaf emoticon.

Moments after she shared the post, Virat Kohli took to the comments section and dropped heart and heart eyes emojis.

Anushka has been accompanying Virat on his cricket tournaments across the globe with Vamika. The family was last seen having fun in Dubai before returning to Mumbai.

The actress constantly treated her fans with breathtaking views and other photos from the UAE.

Virat and Anushka, who are fondly called 'Virushka' by their fans, tied the knot in December 2017 in Tuscany, Italy. They welcomed daughter Vamika on January 11.

Meanwhile, on the work front, Anushka recently featured on the cover of Grazia. She has two films in the pipeline. She will reportedly be seen in Navdeep Singh's 'Kaneda', and a biopic of cricketer Jhulan Goswami.

The actress was last seen in the film 'Zero' in 2018 opposite Shah Rukh Khan. She produced the web series 'Paatal Lok' and the film 'Bulbbul' for OTT last year. 'Today, I find myself stronger': Anushka Sharma says she was initially afraid of becoming a mother