Anushka has actively been giving glimpses of her routine there, and fans just can't have enough of it
FPJ Web Desk 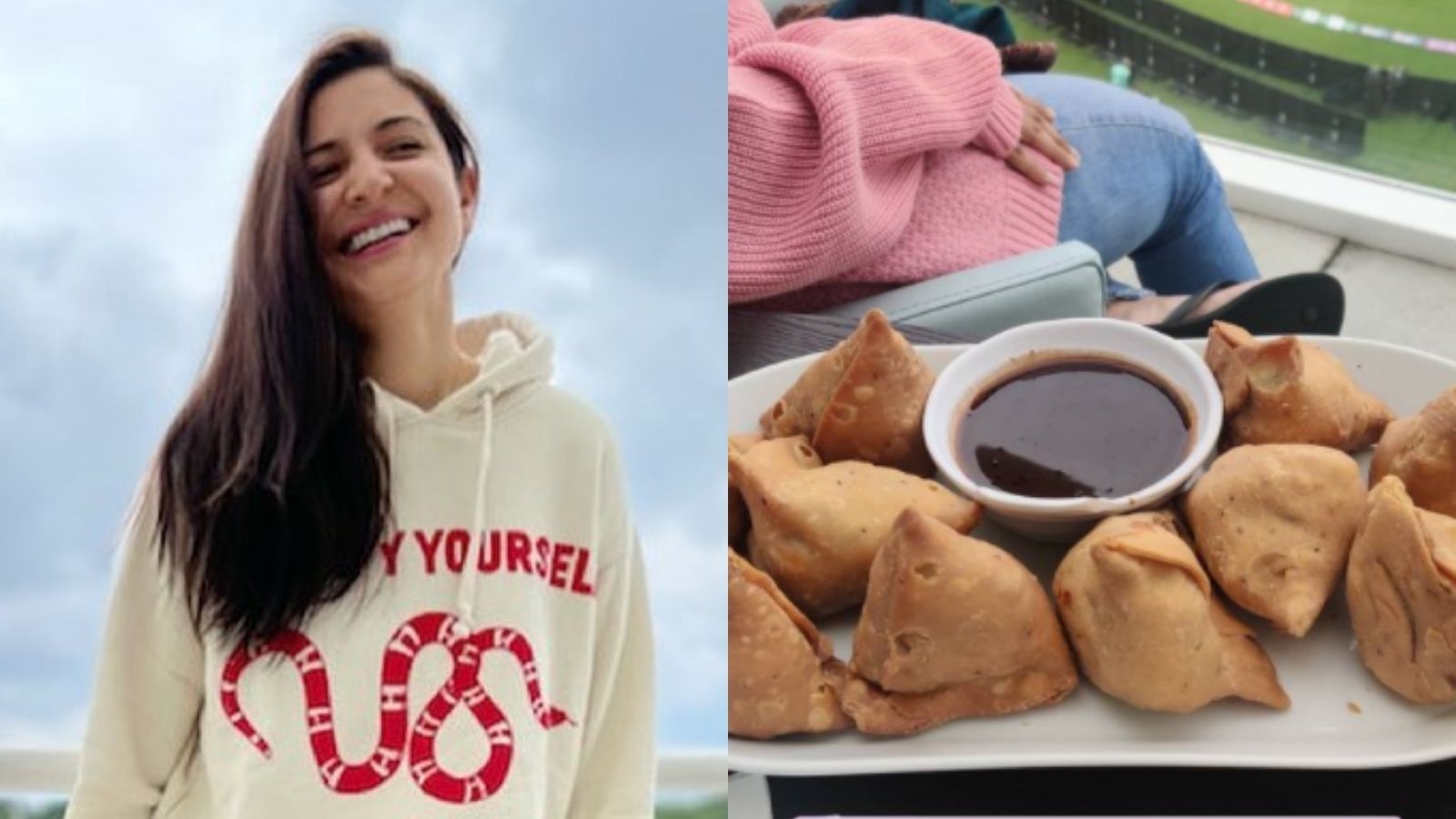 Bollywood actress Anushka Sharma is currently in England where her cricketer-husband Virat Kohli is leading the Indian cricket team in the World Test Championship.

She has actively been giving glimpses of her routine there, and fans just can't have enough of it.

Recently, in one of her Instagram stories, the 'Sui Dhaaga' actress shared a photo of a plate of hot lip-smacking samosas against the backdrop of the lush green cricket field.

Anushka was munching the desi delicacy, as she sat by the window sill of her hotel room which faced the stadium. Along with the picture, she wrote, "When bad light brings out hot samosas." 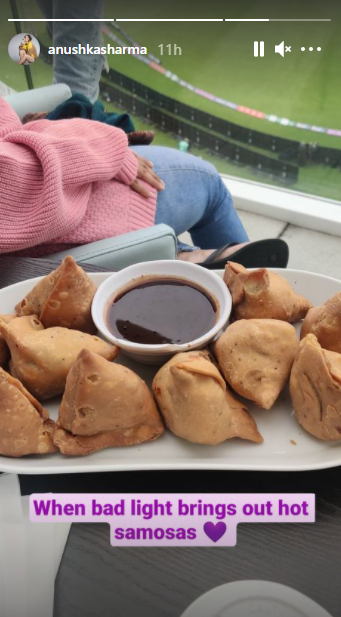 A few days back, Anushka posted a series of stunning black-and-white pictures from the Ageas Bowl on Instagram.

Anushka went on to flaunt her off-duty style statement in an oversized shirt and denims. In the pictures, she can be seen in a striped Balenciaga blouse and denim jeans. Pulling her hair back into an easy bun, Anushka rounded off her look with hoops and a facemask.

"A 'take random photos and think of a quirky caption' kind of post," the 'Sultan' actress captioned the post.

Anushka, who has over 50 million followers on Instagram, never misses a chance to impress her fans and followers with her mesmerizing pictures, quirky captions and fun videos. Last week, she gave a glimpse of the Southampton weather. On Instagram stories, Anushka had posted a video clip, standing inside an empty stadium, showing a cloudy day. She had captioned it as, "That kind of English summer," followed by emojis.

Meanwhile, on the work front, Anushka took a sabbatical from films after having four releases in 2018 - 'Pari', 'Sanju', 'Sui Dhaaga: Made In India' and 'Zero'. While she is yet to announce her next project as an actor, she has had her hands full as a producer.