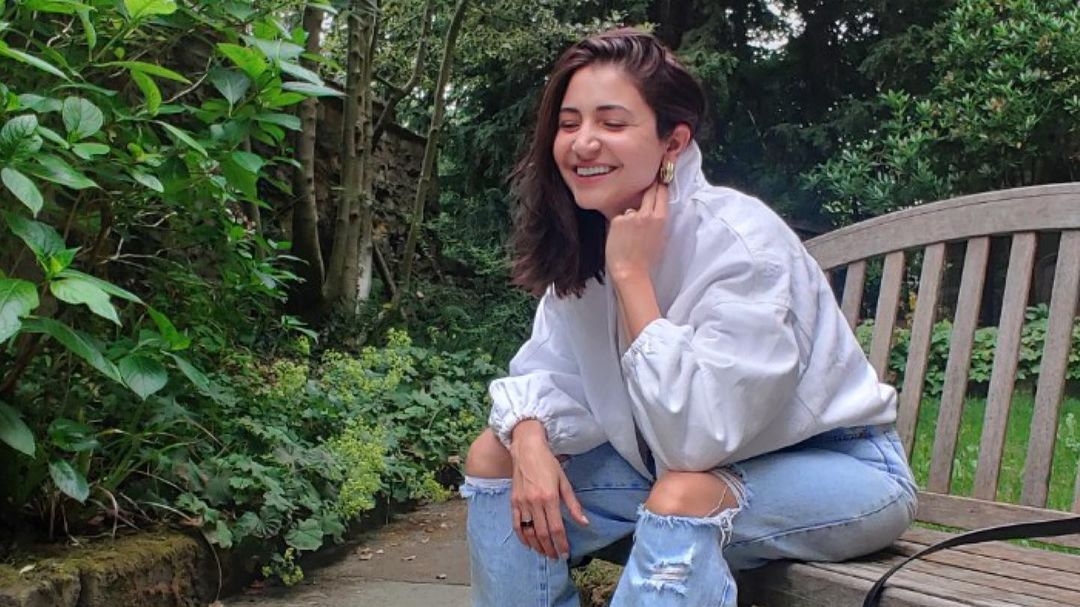 Bollywood actor-producer Anushka Sharma greeted her fans Friday morning with a stunning sunrise picture and likened herself to the 'Whatsapp uncle' for doing the same.

Anushka, who is currently in the UAE with daughter Vamika and husband Virat Kohli, took to her Instagram stories and shared a photo of the city skyline washed in orange.

"I'm your Whatsapp uncle wishing you good morning every day," she captioned the photo.

On Thursday too, the 'Sui Dhaaga' actress had wished her fans 'good morning' with a similar picture. 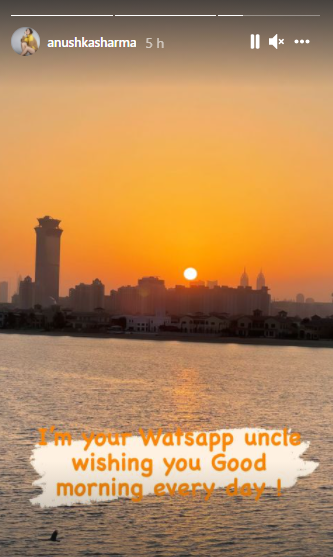 Anushka has been regularly giving glimpses of her stay in the UAE.

A few days back, she shared an adorable picture of Virat with their daughter Vamika. In the picture, Vamika can be seen playing in a ball-pit while Virat looks at her and smiles. She captioned the picture, "My whole heart in one frame."

Virat Kohli had also treated his fans and followers with an adorable breakfast picture featuring Anushka and Vamika.

Virat shared the picture on Instagram, where the three are seen sitting and enjoying breakfast. Virat and Anushka look into the lens and smile while Vamika's back is towards the camera. The cricketer chose a heart emoji to caption the image.

Meanwhile, on the work front, Anushka has two films in the pipeline. She will be seen in Navdeep Singh's 'Kaneda', and a biopic of cricketer Jhulan Goswami.

The actress was last seen in the film 'Zero' in 2018 opposite Shah Rukh Khan. She produced the web series 'Paatal Lok' and the film 'Bulbbul' for OTT last year.